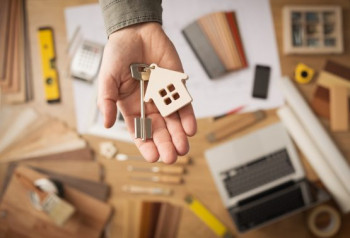 The banks have been commended for their debt relief measures in response to the Covid-19 crisis, but let’s not get too excited about this. The repayment holidays are fraught with legal risks which will only become apparent later in the year.

Some of the banks have adopted a one-size-fits-all approach that makes no concessions for customers’ individual circumstances as a result of the lockdown. They have ignored solutions that are more viable and beneficial for customers, and this will open up all sorts of interesting legal problems in the months and years to come should those customers default.

Those who are “not in good standing” – such as those already in arrears on mortgage payments – do not qualify for a repayment holiday, but that’s not necessarily a bad thing, says legal advisor Leonard Benjamin. Banks are still required to negotiate with all customers in good faith, based on each customer’s individual circumstances.

“They cannot refuse to negotiate, and simply institute legal proceedings that may eventually result in the sale of their customer’s home to recover the debt,” says Benjamin.

“As the banks cannot possibly know each person’s personal circumstances, it is up to customers to make debt relief proposals that reflect their own particular circumstances.

“Banks that ignore properly motivated and viable solutions do so at their own risk, particularly when backed up by actual payments.”

Read: All the Covid-19 relief announced by SA banks so far

This means that even those who do not qualify for a three-month payment holiday can take matters into their own hands.

Anyone whose income has taken a knock during the lockdown need only start paying again when their finances improve, and then they can pay what they can afford, even if it is not what the bank demands.

This chimes with the National Credit Act, which is intended to balance the rights of lenders and borrowers and encourages the eventual satisfaction of the consumer’s obligations.

From the consumer’s perspective, spreading the accumulated arrears over the full remaining term is probably the easiest way to catch up on any missed payments. You can do this without the bank’s permission, say Benjamin.

In effect, you can award yourself a repayment holiday.

In most cases, this will mean paying just a few hundred rands extra each month once you are in a financial position to do so. The banks will get short shrift from the courts should they try to claim you are in default. All you need to do is show that you can again start making payments on your mortgage bond.

All home loan agreements allow the banks to adjust repayments whenever there is an interest rate change. The effect of the adjustment, if done in terms of the loan agreement, is to spread the arrears over the remaining term of the loan, which extinguishes the lump sum arrears.

Therefore, any attempt to claim the customer remains in default when the bank has spread the arrears over the remaining term of the loan amounts to ‘double-dipping’ – claiming twice for the same thing.

Banks are bracing for a wave of defaults

There’s no question that the banks are bracing for a wave of defaults. Should they rush to foreclose later this year, the courts – once they reopen – will be faced with a jurisprudential nightmare: whether to grant judgments against defaulting homeowners who fell into arrears through no fault of their own, but will be able to resume payments in the near future.

The banks have up to now had everything their own way and have faced little opposition in the courts. After the 2008 financial crisis, tens of thousands of South Africans were booted out of their homes after falling into arrears by as little as R6 000.

This time it’s going to be a lot tougher for the banks, if only because consumers are better informed and there are more legal resources on their side, such as Stellenbosch University’s Law Clinic and the Legal Resources Centre.

The government has already anticipated the potential legal timebomb by placing a freeze on evictions during the lockdown. But what happens when the lockdown is lifted?

Forensic accountant Andre Prakke says anyone finding themselves facing foreclosure as a result of the lockdown must ask the court to hold the matter over until those cases with substantially the same arguments are properly decided by the court.

“One reason for doing this is it will stop courts in various jurisdictions giving conflicting rulings. It will also allow people in the same boat to get a proper team of experts together.”

Prakke says a collective approach obviates the need for individuals facing foreclosure to each hire their own attorneys.

This is an excellent idea says, Benjamin. “It contemplates that the issues are dealt with before a full court rather than on a piecemeal basis. The various banks will, for instance, be able to explain to the court how they can calculate different instalments when there is a rate change, when the evidence suggests they are trying to win judgments against consumers who are not in default. It will also give the various public interest organisations that focus on this area of law the opportunity to come on board as a Friend of the Court to add their considerable acumen and input to the deliberations.”

Debt counsellor Michelle Barnardt says the National Credit Regulator needs to be added as a respondent in any case brought by the banks, since its job is to balance the rights of lenders and consumers.

Finally, the constitutional issues of snuffing out someone’s income

Several lawyers have already pointed out constitutional issues surrounding the lockdown. A bank foreclosing on a homeowner whose income was snuffed out by the government lockdown could argue a laundry list of constitutional violations, from arbitrary deprivation of property to the rights to life and dignity.

We are in for interesting times on the legal front in the months ahead.