Taxing Times: What the post-Covid world means for taxes 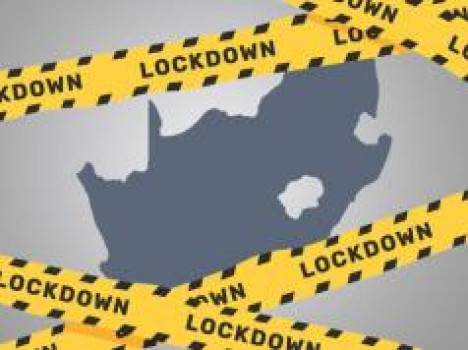 From SA Accounting Academy: Governments around the world have spent the last three months providing tax relief in the form of deferrals and incentives to help keep businesses alive – at huge cost to the fiscus, estimated at a projected R370 billion deficit, according to Mazars.

As we enter the post-Covid phase, governments will be forced to adopt pro-growth tax strategies while at the same time working feverishly to recover as much revenue as possible.

Speaking at the Taxing Times webinar hosted by Graphene Economics on Thursday, 18 June 2020, Duane Newman, joint MD at @Cova Advisory, said tax agencies will now have to move from shorter-term tax relief measures to longer-term growth strategies: “Up to now the tax agencies were trying to help companies with cash flows, mostly through tax deferrals and exemptions, meaning you can pay tax later, such as the four month deferral for PAYE, delayed carbon tax payments, and also some exemptions like the Skills Development Levy, which can be deferred for four months.

“Now governments are going to have to start looking at long-term tax policies that promote growth, such as tax incentives.”

Bonnie Fundafunda, global supply chain specialist from Zambia, says the region is still coming to grips with the disruption caused by the global lockdown and its impact on supply chains. Companies and countries have been forced to restructure their supply chain networks to reduce risk, but this is compounded by the difficulty of transporting goods across borders, with breakdowns occurring in local leg of supply chains.”

The lockdown has presented countries with opportunities to reignite local manufacturing – particularly in areas such as the provision of personal protective equipment and medical supplies.

“Developing countries are starting to develop their own supply chains, and we are seeing a move towards trade protectionism in the form of import tariffs and different rules of origin, which is raising the costs on suppliers,” said Mzukisi Qoba, head of Wits School of Governance and member of the Presidential Economic Advisory Council.

Michael Hewson, founder of Graphene Economics, says the emphasis in supply chain management until now has been the lowest cost supplier. This now appears to be changing, with the emphasis shifting to reducing risk. Companies no longer want to rely on a single producer company of country – such as China – should there be another trade shock such as that caused by Covid-19.

Supply chain expert MJ Schoeman said business survival and cash flow management were becoming paramount. Smaller businesses with too much inventory were likely to feel the pinch in terms of constricted cash flow, which meant they were having to find new ways to move that inventory.

None of these outcomes are necessarily bad for business. It is forcing management to relook at their entire business models and supply chains and plan for a more uncertain future.

Governments are looking at partnerships with the private sector, and competition laws have been relaxed – including in SA – to ensure business survival. looking at all aspects of supply chains, even at the planning stage. Where countries issued tenders based on lowest cost supply, they are now looking at more flexible supply chain arrangements where cost is not necessarily the overriding concern. Security of supply, and local beneficiation appear to have taken centre stage in government policy circles.

Given the massive constraints on the national treasury, what does this mean for stealth taxes like carbon and even cross-border carbon taxes, as well as digital taxes (such as the 3% imposed last year by France)?

Newman pointed out that roughly 30 countries had implemented or were planning carbon taxes, including SA. Many countries are also looking at border carbon taxes, which is an extra tax on the carbon content of products moving around the world. “They’re really stealth taxes,” said Newman. “SA’s National Treasury has also talking about this, and we’ll need to see how much attention this gets going forward.”

Every crisis presents an opportunity. Whereas governments in the past would make tax decisions unilaterally, without much participation from the business sector from where it derives much of its tax receipts, now they will be forced to collaborate to fund the best way to achieve a growth-oriented route forward, said Qoba.

Another discussion underway is the taxing of digital products and services. It is reckoned this could generate an additional $100 billion in a year globally in taxes, and roughly 1% of this could be generated in SA, though care had to be taken not to impose too heavy a burden on what is already considered an over-taxed base.

Qoba said attention must now shift to vehicles for promoting growth, such as the African Continental Free Trade Area (AfCFTA), which has so far been ratified by nearly 30 countries. The agreement aims initially to liberalise trade in goods and services, and then to tackle the issues of intellectual property rights, investment and competition policy.

According to Moneyweb, this new trade area agreement provides SA with a unique opportunity to develop an Afro-centric model based on best practices, including a single continental rule book for trade and investment, and strong protections for investors while still promoting responsible investment. And, of course, a more suitable channel for dispute resolutions. Schoeman said the supply chain disruption caused by Covid-19 was an opportunity for companies to look at their people, processes and technology and see what could be done better.