Free yourself from debt slavery - how to stop paying interest, bank charges and collection costs 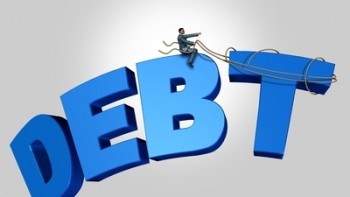 The holiday season is over, and the debt collection wolves are out in force. You may find yourself falling behind on your mortgage, overdraft or credit card payments. Then you will likely be issued with a summons. Don’t fear, says Armand Rinier. There are lawful ways of beating off the wolves. In this article he explains your legal rights when it comes to debt, and how you can stop paying interest, bank charges and collection costs.

It’s the beginning of a New Year, and it is time to get your financial affairs in order. The first thing you should do is make a list of all debts you owe. Then do the following: separate them into two classes of debt (I have designated these A-Class and B-Class debt).

A-Class debt is your most important debt, primarily your mortgage and your car since you need a roof over your head, and a car so you can get to work. All other debt is hereafter classified as B-Class (less important). This includes your store accounts, your overdraft, credit cards and others.

Many people I deal with find they simply cannot afford to pay all their debts. If they do, they have nothing left at the end of the month, and will spend the rest of their lives in debt slavery. So make a decision now to get out of debt slavery.

Here’s my 12-point plan to free yourself from debt slavery.

“From this exposition it is apparent that the vital difference between the common-law and the statutory in duplum rules lies in the fact that under the common-law rule it is only interest (contractual and default) that ceases to run if it equals the outstanding capital amount. By contrast, under the statutory rule, all the amounts – such as the initiation fees, service fees, interest (contractual and default), costs of any credit insurance, default administration charges, and collection costs – cease to run if they combine to exceed the outstanding principal debt. Clearly the statutory in duplum rule offers better consumer protection than its common-law counterpart. However, the statutory rule has worsened the position of credit providers.” (The in duplum rule is an ancient common law principle now written into the National Credit Act which states that a creditor cannot claim more than double the outstanding debt from the date of first default).


Become a DiyDebtMan! It's cheaper, safer and best! For more information go to DiyDebt at www.debtadmin.co.za.

I wish you all a prosperous and debt-free 2017!