Congratulations, your mortgage arrears have been extinguished 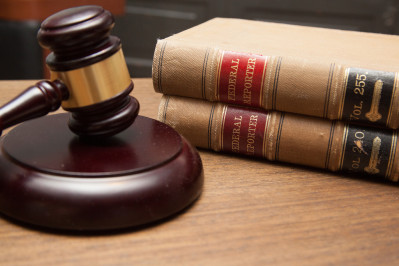 It happened with last week’s interest rate change. SA’s banks disagree – but so did the Bank of Scotland before a court ruled against it. Logically, SA’s legal system should do the same. From Moneyweb.

That’s the claim being made by several property owners in cases before the courts involving multiple banks.

“The banks no longer have a legal basis for continuing with debt enforcement proceedings – there are no longer any arrears,” says legal consultant Leonard Benjamin, who is advising in these cases. “Despite this, many consumers are still having to deal with the possibility of losing their homes. We will be arguing that the banks in question no longer have the right to pursue legal proceedings instituted against several of our clients.”

Benjamin concedes the argument is controversial but is the only logical conclusion to draw from the evidence.

If the courts agree, it has massive implications for the banks.

Thousands of people who lost their homes through foreclosure over the last decade could then have a claim against the banks.

“The proposition is so startling that I appreciate that it may be difficult to understand. In fact, it seems that the banks themselves either don’t understand or choose to ignore that they are, in fact, extinguishing the arrears by changing the interest rate and our intention is to demonstrate this to them,” says Benjamin.

This argument is new to SA, but not overseas. A famous case in the UK in 2014, Rae versus Bank of Scotland, looked at exactly this practice and ruled against the bank, which was found to be consolidating the accounts of clients in arrears roughly every six months. That, said the court, had the effect of extinguishing any arrears.

All a customer has to do at that point is continue paying instalments.

To pay the arrears on top of this amounts to ‘double-dipping’ – or paying for the same thing twice.

Now this argument is about to get a hearing in SA. Benjamin explains that many consumers will be familiar with ‘payment holidays’ – when the bank writes off the arrear bond payments to assist a consumer in financial distress.

Practically, the bank achieves the write-off by spreading the arrears over the remaining term of the loan, which results in an increase in the instalment and the purging of the arrears on the banks’ accounting systems.

Exactly the same thing happens each time interest rates change and banks adjust bond instalments. That has the effect of bringing the defaulting client up to date on the arrears.

Yet banks continue to hold the consumer liable for payment of the arrears, in addition to the adjusted instalment.

That’s where the double-dipping argument comes in, a practice so outrageous it’s a wonder it has taken this long to get before the courts.

“Because of the regularity of interest rate changes, it beggars belief how many consumers may have lost their homes on the basis of legal proceedings that were invalid,” says Benjamin.

The banks’ failure to write off arrears with the change in interest rates has another unfortunate outcome: the National Credit Act allows consumers to avert foreclosure and the sale of their homes at sheriff’s auctions (called ‘sale in execution’) by catching up any arrears before the date of property transfer to the new owner. This is commonly referred to as ‘reinstatement’ of the mortgage bond.

“When the bank does not extinguish arrears over an extended period of time despite changes in the interest rates, the arrears mount up and consumers simply give up trying the defend any legal action by the bank. If the arrears claimed by the banks were accurate, I believe that many more consumers would be able to save their homes simply by paying the monthly instalment, without the pressure of trying also to make up arrears.”

This is how it works:

Consumer A borrows R1 million from the bank at an interest rate of 10% pa, repayable over 20 years (240 months). Their basic monthly instalment will be R9 650.

In scenario 1, the consumer pays their instalments timeously.

The banks are vigorously defending against claims of double-dipping, arguing in court papers that it is not their policy to consolidate the arrears when they change the interest rate. Benjamin rebuts this, saying it has nothing to do with policy.

“Consolidation occurs automatically because of changing the instalment. This fact cannot be ignored because it suits the banks. Holding the consumer liable for both the adjusted instalment and the arrears results in double-dipping, or over-recovery of the loan.

“We are now very eager to have these cases argued in court, and hope that the banks want to use the opportunity to confirm that they are acting correctly.

“Our sense is that the banks will find it difficult to explain to the courts how they can consolidate arrears, but then continue to pursue their clients in court for an arrears amount that no longer exists.”

The double-dipping argument was aired in that 2014 Rae versus Bank of Scotland case. SA banks are making largely the same arguments previously shot down in the Bank of Scotland case: that they do not consider it to be a consolidation when they increase instalments, and are therefore entitled to continue claiming the arrears.

The UK court rejected the bank’s arguments and ruled in favour of the customers.

The judgment reads: “Consolidation is an objective fact: the arrears are either consolidated by being absorbed into increased contractual monthly instalments or they are not.” In other words, it has nothing to do with how the bank chose to deal with the arrears.

The judge ruled that banks cannot consolidate arrears and then recover the outstanding amount out of future monthly instalments, while at the same time approaching the courts for repossession orders (foreclosures) on the grounds that the client was in arrears.

Benjamin says consumers, whether they are in arrears or not, must be notified of the latest rate change within 30 business days, but recommends they get a copy of the notification from their bank without delay, particularly when they find themselves in arrears.

Related articles:
How to save your house from bank repossession
Standard Bank accused of "double dipping" in home repo case