How to defend yourself against the banks 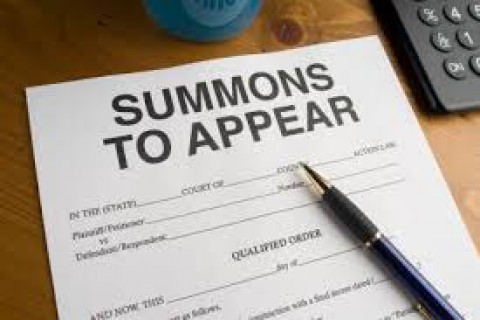 If every debtor served with a summons defended the action, it would choke the legal system and force the banks to come up with better solutions for customers who have difficulties in meeting their monthly payments. It's an actuarial fact that the average mortgage borrower will either default or settle the bond within seven years. Banks know this. Despite well-intentioned laws, lenders are engaging in reckless lending on a daily basis and getting away with it. It's time to put a stop to this. In this regular weekly column, the Debt Nurse, Armand Rinier, will explain how to effectively protect your rights and assets when under threat from the banks.


What do you do when the sheriff knocks on your door with a summons?

Your first reaction is panic. You’ve fallen behind on your car or bond payments, and now the bank is calling up its loan. You imagine you are about to be tossed out onto the street with your family. It's everyone's worst nightmare.

You phone the bank’s legal department and hope you get to speak to an understanding lady on the other side. You want to explain that you just need a little more time to get up to date on your payments. Forget it. They may sound understanding, but they just want your money or your house. In the words of Donald Trump, these people are killers.

Most people, knowing they have fallen behind on their payments, simply throw up their hands in surrender when hit with a summons and meekly prepare to hand over the car or house keys. They don’t even bother to give notice of intention to defend. That's a mistake. Always defend!

There are four courses of action you can take:

1.       Defend the summons
2.       Delay the legal action, giving you time to catch up on arrears
3.       If it’s your house that is being attacked, sell it yourself to fetch the best possible price rather than allow the bank to sell it for a pittance at auction (they will still come after you for the shortfall)
4.       Roll over and do nothing, accept the default judgment that will be issued against you, and prepare to move out of your house.

We always advise defending the action. If every South African defended every summons received from a bank, it would choke the legal system and force the banks to come up with better ways of treating customers who fall on hard times. Instead the banks and their highly paid lawyers characterise their customers as delinquents attempting to duck their obligations. The media plays along with this idiocy, ignoring the indisputable evidence of reckless lending by the banks (and I will cover this topic in another article).

Defending the action gives you time to get your financial affairs in order. Our defence is unique in that we do not recommend going under debt review. The Magistrates courts makes provision for debtors to separate their debts into important and less important. What’s important? Your house and your car are the two most important debts. You need a house to live in, and a car for work. Other debts are less important and you should stop paying these. You read that right: you should stop paying. This is not reckless advice. You should also stop paying prescribed (or old) debt and it is in fact unlawful for banks and debt collectors to attempt to recover this. The Magistrates courts make provision for this and will insist you pay your debts in order of priority. This way you can start to save money again and escape debt bondage. This may sound like a revolutionary act, but it is quite within the bounds of the law.

The question then arises, what are the grounds for defence when hit with a summons from the bank?

There is no single answer to this, but in our experience there are usually valid grounds for defending most action by the banks. For example, we use the services of a forensic accounting team and in more than 50% of cases we have been able to challenge the banks on the quantum of their claims. In one case, the bank was attempting to foreclose on a client when a financial audit of the bank’s statements revealed an over-payment of R160,000 by the client. When you can challenge the bank’s accounting, this is usually enough to get the case thrown out of court.

Our policy is to interrogate every clause of the bank’s contract. Where the summons is not accompanied by the relevant documentation, such as loan agreement and mortgage bond, we demand discovery of these. In the case of Absa, which claims a huge number of its documents were destroyed in a fire in 2009 and since then has relied on standardised, unsigned loan agreements, this is a defendable action (it just hasn't been defended well, or at all, by Absa clients).

There are also technical grounds on which to defend a summons. In Mnguni and Other versus Absa, the bank was found to have obtained judgment without properly serving summons on the customer, and further failed to attach the written loan agreement. Absa lost the case and Mnguni was given leave to defend the matter, even though he had been under debt review and had defaulted. This is an important case to cite when you have been served a summons without the relevant documentation attached (which happens more frequently than you would imagine).

The rabbit hole of securitisation

The question then arises, why do the banks issue summons without attaching the original loan agreements? Here we enter the rabbit hole of securitisation. This is when banks have on-sold your loan to investors, so they are simply unable to produce the original documents and pretend they are still the owners. Securitisation has been argued extensively in the courts, but has had little success. We definitely recommend arguing securitisation as a defence, but this should never be your sole defence. On this front there are some interesting cases currently underway, and we will keep you updated on this in the coming weeks and months. In the meantime, let’s just keep the banks guessing about what’s coming their way.

Should you go under debt review?

My answer to this is emphatically No! There are more than 500,000 South Africans under debt review. The National Credit Act was intended to protect consumers from predatory lending practices and provide greater fairness and transparency in lending.

Nice idea, if only it worked that way. For many of these people, debt review is little more than debt slavery. First of all, it costs around R7,500 up-front to the debt counsellor. The main advantage of debt review is that it freezes all legal action against you while the debt counsellor gathers up all your creditors and works out with you how much you can afford to pay every month. Let’s say you can afford R5,000 a month to pay off creditors, but you owe R500,000 on your house and another R200,000 on other debts.

You’ll be paying this off for the rest of your life. But at least you figure you will be able to stay in your house and keep your car while you slave away to repay the bank for many, long years.

Here’s why debt review is a bad idea. Firstly, you have zero surplus at the end of the month. You are living in debt slavery. Secondly, the first time you default on your rescheduled debt payment, the bank will issue summons against you. So you are back where you started, having to defend yourself against the bank. It’s better (and much less costly) to defend this properly when first served with a summons. And from our experience, many people are paying prescribed (old) debt that is not enforceable in law, but creditors are able to prey upon people’s ignorance of the law in this regard.

What most people want when issued with a summons is time to catch up on the arrears and get their financial affairs in order. That can take a couple of years. You cannot get on top of your financial affairs if every spare cent you make it going to pay off debts, or lawyers. This is not an encouragement to take out loans and then avoid paying. Far from it. But there are times when people lose their jobs and are simply unable to feed the debt machine. What we are saying here is that there are usually valid grounds for defending action against the banks and at the very least buying the time you need to get your life back in order.

If judgment has already been granted against you, have can apply to the court for rescission. Our approach is to scrutinise the summons for technical defects, and where needed, to run a forensic accounting audit of your bank statements. And we’ve been pretty successful in keeping creditors off the backs on our clients.

Perhaps the main problem confronting anyone trying to defend an action against the bank is that most lawyers will not take on the banks. That’s because most of them are on the banks’ payrolls and if they’re not, they soon will be. I cannot count the number of times we have heard of lawyers dropping their clients just before they are due to appear in court. You have to find a lawyer who understands banking law and who does not work for the banks. And if you do find a lawyer like this, it will probably end up costing you an arm and a leg.

This is why Debtors Nurse has been set up. We are a network of highly experienced lawyers, former bankers and securitisation experts, backed by a forensic accounting service that is designed to defend customers against attack from the banks. And it won’t cost you an arm and a leg.

For R150 a month you get legal defence and a monthly newsletter outlining some of our strategies to keep the wolves at bay. This has been made affordable for everyone, no matter their circumstance. The bottom line is we are successful. Hundreds of South Africans use our strategy of debt defence so they can rebuild their lives and get debt-free. If you want more information, send us an email below.