The great foreclosure rip off 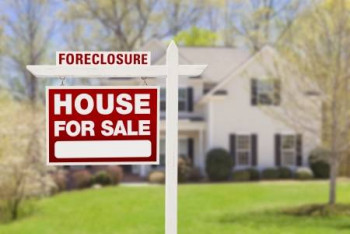 January’s interest rate cut has effectively wiped out all mortgage bond arrears, say consumer activists. But you won’t hear that from your bank. From Moneyweb.

Banks that engineer situations in order to be able to argue that homeowners remain in arrears even after a rate change could find this approach backfiring on them in dramatic fashion.

The January interest rate reduction should be even better news for hard-pressed consumers who are behind with their bond repayments.

Moneyweb readers may recall that the last time there was a rate change, in July 2019, all accumulated bond arrears were effectively extinguished.

The latest rate cut has had the same effect – but you won’t hear that from your bank. That’s because each time the interest rate changes, the banks spread the arrears over the remaining term of the loan. In legal terms, that wipes out the arrears. All you have to do is pay the latest, adjusted instalment and you’re back on track.

There is international case law to support this from the Northern Irish courts in Bank of Scotland versus Rosemarie Rea.

The problem is that there is now mounting evidence of banks pursuing customers through the courts for non-existent arrears.

Consumer lawyer Leonard Benjamin has been itching to test this in our local courts but so far none of the banks have bitten. It seems they would rather keep it out of the courts for reasons that are all too obvious. A decision against them would open a Pandora’s box of historic claims from people who lost their houses when they were not, in fact, in arrears.

Benjamin says what SA banks have been doing is called “double dipping” – the same thing Rosemarie Rea successfully argued in her case against Bank of Scotland.I

If the bank spreads your arrears over the remaining term of the loan, and then still claims you are in arrears, it is charging twice for the same thing.

The UK courts have ruled that this is unlawful.

“There is absolutely no doubt that the banks understand that a rate change would automatically wipe out the accumulated arrears,” argues Benjamin. How they deal with this varies from bank to bank.

After the July 2019 interest rate change Moneyweb alerted readers to the double-dipping argument. Readers were advised to approach their banks for official confirmation that their interest rates had been changed on the basis that this would confirm that any arrears had been extinguished.

Some of the banks simply stopped, or refused, to issue the notice of the changed interest rate as they are required to do in terms of the National Credit Act (NCA).

According to Benjamin, several of his clients approached their banks for official notification of interest rate changes, but were denied for various reasons. If so, this would be a breach of the NCA and the home loan agreement. In some cases their requests for the official interest rate notice were denied as the matter was “legal”.

All banks approached by Moneyweb say they do not engage in “double-dipping”, though this is disputed by Benjamin. Standard Bank, for example, says one of the methods it uses to assist clients in financial distress is to re-spread the arrears over the remaining term of the loan. “This in effect means that the client would no longer be in arrears but would, as a result of the re-spread, need to pay a higher instalment to the bank in respect of the home loan due to the outstanding balance increasing,” says Standard Bank spokesperson Ross Linstrom.

FNB likewise refutes any suggestion of misconduct in the management of mortgage accounts in arrears.

Lee Mhlongo, CEO of FNB Home Finance, says when customers fall into arrears, each case “is assessed on its own merits and we endeavour to reach an agreement with the impacted customer”.

“Some customers are able to settle the full arrear amount and others can enter into a payment arrangement to pay an additional amount over and above the monthly instalment in order to bring the account up to date,” says Mhlongo. “FNB’s objective in all cases is to help customers avoid falling into arrears, both to the benefit of our customer in terms of saved interest and to the bank in terms of not having to raise impairment provisions. However, we cannot unilaterally increase the instalment that is raised, therefore recovering on arrears requires consultation with our customer.”

Again, Benjamin refutes this, saying in cases he has seen, FNB changed the way in which it calculates the new monthly instalment on arrears accounts when there is a rate change to exclude arrears. It does this by deducting the arrears from the outstanding account balance and calculates the instalment on the net outstanding balance. The bank then argues that mere payment of the new instalment will not eliminate the arrears, which remain intact and can, therefore, be relied on to foreclose on the consumer’s property.”

The problem here is this is unlawful in terms of common law, the NCA and their own home loan agreements, says Benjamin.

The question arises: Why are the banks so hellbent on foreclosure when they have claimed before the courts that they do this only as a last resort?

Read: The days of easy evictions are drawing to a close

Judges are being bamboozled by the banks

“Banks are routinely deceiving the court in claiming they use foreclosure as a last resort,” says Benjamin. “Where are the judges in all this? They are being bamboozled by the banks.”

Benjamin says this behaviour only makes sense once you understand the financial incentives behind the rush to court.

“In many cases, the banks’ lawyers have been getting away with this unlawful behaviour for decades, so why should they stop now? The banks are being badly advised. In the second instance, many home loans are backed by insurance policies or guarantees that trigger in the event of default. The banks receive a financial benefit from these guarantees, but only once there is legal judgment against the customer.”

Benjamin backs his claims of double-dipping with more than a dozen cases that have come across his desk since the July 2019 interest rate change.

In all of these cases, the banks are violating the NCA and their own home loan agreements.

“The clients are not in arrears. None of them. If necessary we will take this to the Constitutional Court to prove it. We have to stop this abuse of the courts and the human and legal rights of bank customers.”

Many of his cases are now before the courts, but the banks appear to be ducking the day of reckoning by avoiding arguing the merits of the cases. The faint vapours of a massive class-action suit are beginning to waft through the corridors of justice.

Stephan van der Merwe, senior attorney with the University of Stellenbosch Law Clinic, says banks that engineer situations in order to enable them to argue that homeowners remain in arrears even after rate changes could find this approach backfiring on them in dramatic fashion.

“In light of the recent judgment of the Cape High Court in Stellenbosch University Law Clinic & Others vs National Credit Regulator & Others, there may be further limitations placed on the amounts that banks can recoup under defaulting mortgage bonds.”

This is because of Section 103(5) in the NCA, otherwise known as “the statutory in duplum [double] rule”, which prohibits credit providers from recovering more than double the outstanding loan amount once a borrower defaults and remains in default thereafter. “One could argue that by capitalising and amortising the arrears amount, the consumer effectively remains in default up and until the last instalment is made in terms of the loan,” says Van der Merwe.

"In the case of a mortgage bond over 20 years, the impact would be significant,” he adds.

“Take for instance a mortgage bond of R1 million to be repaid at current interest rates over a 20-year period. At the end of that 20 years the consumer could have paid a total amount of R2.6 million. If the consumer misses the first payment but thereafter continues to make the monthly payments in accordance with the mortgage agreement the consumer would actually be in default the entire time. As a result, the total amount that the bank would be entitled to claim from the consumer is R2 million, a loss of R600 000 to the bank. It makes no difference if that first payment is capitalised and amortised as this arrear would only be settled at the end of the 20 years. Therefore, the entire time the consumer would be in default and Section 103(5) would apply.”

Forensic accountant Andre Prakke says the problems start when a debtor is in arrears and the entire loan becomes payable. To avert this problem, the overdue amount is then capitalised.

This has the effect that the interest included in the amount capitalised becomes capital. Given the scenario of a bond, the greater portion will then be interest that is capitalised and the interest charge is then in effect changed to capitalised interest.

“This muddies the water in that it could become such that the in duplum rule is ignored as it is a matter of fact that, after constantly capitalising interest, the interest charge loses its character and it cannot be distinguished ‘what is what’ that is debited as an additional charge. It becomes impossible to know what is owed by way of capital or other charges, such as the insurance premium, and that also has an interesting effect – maybe legal charges of past transgressions, although only taxed legal cost can be debited – and so on.”

In the next instalment, we will look at how other banks are claimed to be subverting the courts.