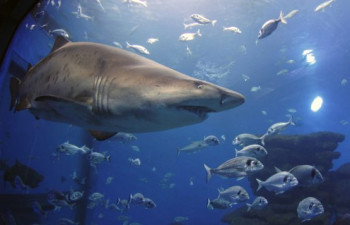 Court papers filed in the Western Cape High Court last week by University of Stellenbosch’s Law Clinic and Summit Financial Partners make for disturbing reading. They are asking the court to stop creditors from loading unlawful costs onto the accounts of distressed debtors, which they reckon has cost debtors R1 billion in unlawful fees, says Moneyweb.

Some creditors saw what looks like a loophole in the NCA, and added service, administration and legal fees, claiming these fell outside the Act.

He defaulted later in 2011 and Bayport secured an emolument attachment order (EAO), also known as a garnishee order, against his salary. Arnolds’ employer was ordered to deduct R732 a month until the outstanding debt of R11 685, plus costs, was extinguished. As an aside, the garnishee order was obtained in the Randburg Magistrates Court, in Johannesburg, even though Arnolds lives in the Cape. This is unlawful, as garnishee orders must be obtained in the jurisdiction in which the borrower lives or works.

Six years later, in 2017, Arnolds wondered why his employer was still deducting R732 a month from his salary. Bayport informed him that he still owed more than R7 400. Arnolds discovered that after six years of dutifully paying his monthly debit, he still owed more than half the original amount borrowed. He asked Bayport for a reckoning, which it duly supplied.

In addition to the interest charges of R21 019, Bayport had loaded services, legal and other charges of nearly R6 500 onto his account. Had he paid this outstanding amount, he would have forked out R33 000, nearly three times the amount he borrowed. Another applicant in the case ended up repaying R5 100 on an initial debt of R600.

This is when the Law Clinic and Summit Financial Partners decided to step in on behalf of Arnolds and nine other clients with similar stories. It wants the court to rule that the services, legal and other fees should form part of the in duplum definition – in other words, the defaulting client should never have to pay more than double the outstanding debt at the time of default, even after accounting for all costs.

“The problem that debtors are facing is one of inconsistent judgments around the interpretation of the National Credit Act,” says Stephan van der Merwe, senior attorney at the Law Clinic. “We are not asking for a change in the law. The law, in our view, is clear enough. You cannot load these unlawful charges onto a client’s account as a way of side-stepping the in duplum rule.

“We need a healthy credit industry in SA, and we support those who abide by the rules. This case is aimed at those who do not.”

Dr Theo Broodryk, head of the Law Clinic, adds: “The fact that 49 respondents, including all the main banks and major lending institutions, have been joined to the application, is indicative of the impact that this case could have on the South African credit market.”

This is not the first time the Law Clinic has taken on what it sees as abusive practices by lenders. In 2016 the University of Stellenbosch Law Clinic took on the micro-lenders on behalf of 15 low income clients whose salaries were being siphoned off by garnishee orders. The Western Cape High Court and Constitutional Court found in favour of the Law Clinic.

In that case, lenders were found to be skirting the law by having garnishee orders stamped by a clerk of the court, rather than a magistrate, and often in courts far away from where the borrower lived. These practices were declared unconstitutional.

“Two years on, the applicants have approached the court regarding what they identify as the unilateral, unregulated manner in which creditors and collection agents add costs, including legal fees, to debtors’ accounts both before and after judgment,” says the Law Clinic in a statement.

In an affidavit before the court, van der Merwe says section 103(5) of the NCA places a limit on the costs a creditor can claim in enforcing its agreement. “Consumers are no longer at the mercy of credit providers, who often have unlimited resources to pay legal fees to recover their debts which costs are the simply passed onto the consumer.”