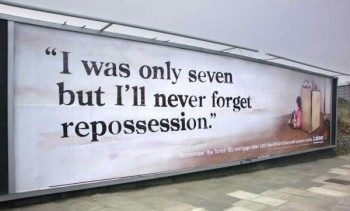 One of the outrageous abuses taking place under the noses of our courts in SA is the ability of banks to repossess homes when a customer is three months in default, and then sell the property at sheriff’s auctions for a pittance. This leaves the customer without a home, and an outstanding debt to the bank. Needless to say, this abuse was a gift to criminal syndicates and property speculators, who feed on the misery of others by picking up these properties for as little as R100. Well, that just became a whole lot more difficult. New court rules gazetted last week make it far more difficult for banks to get away with this. For distressed home owners, putting up a strong defence against the banks got a whole lot easier.

The new rules were motivated by cases of repossessed homes being bought for as little as R10 at these auctions. This was made possible by court rules which allowed repossessed homes to be sold without a reserve price. This opened the door to bid rigging by syndicates, which routinely pick up properties for a fraction of their market worth.

The changes to court rules require the presiding judge in a repossession case to consider alternative means of settling the judgment debt, and whether the property is the primary residence of the debtor. This is more in line with international best practice.

“In SA, consumers are often three missed payments away from losing their homes,” says Leonard Benjamin, an independent financial and legal advisor. “Though the banks say they use sale in execution of property as a last resort, the reality is that in many cases this is not true, and certainly was not the case in the recent past. Repossession and sale in execution was often the first line of attack.”

Benjamin adds that most developing and developed nations make it much harder to repossess a person’s primary residence because of default, as the law in these countries understand the actuarial certainty of a debtor losing a job or experiencing financial stress at some point in the 20 or 30 year life of a mortgage loan. Some countries, such as the UK, require banks to reschedule debts to allow defaulting customers to get back on their feet and remain in their houses.

Most countries, including Ghana, Malaysia and Korea, require banks to sell repossessed homes at fair market value or, if no sale has occurred within a reasonable time frame, at marginally lower prices.

Before approaching a court with an application for home repossession in terms of the new rules, creditors will have to attach evidence of the market value of the property in question, the local authority valuation of the property, plus the amounts owing on the mortgage bond and rates and taxes.

Advocate Douglas Shaw highlighted the “medieval” state of SA’s home repossession practices compared to other countries in a PhD thesis entitled The Legality of the Law of Sale in Execution for Substantially less than Market Value in South Africa. This study appears to have influenced the change in rules. Shaw says it is now theoretically much more difficult for banks and other creditors to get away with rushing to court for a summary judgment after a client is three months in default.

“I see this as a positive change for the consumer,” says Shaw. “There is still some discretion in the hands of the judge to order a sale in execution if there are no alternatives ways of settling the judgment debt, but the consumer now has far more ammunition in building a defence against creditors trying to repossess their homes.”

Shaw’s PhD thesis estimated that South Africans had lost close to R400bn in home equity value since the Constitution came into effect in 1996, due to the practice of allowing repossessed properties to be sold at a fraction of their market worth. This, he claims, is a gross violation of right to property, dignity and justice.

The change in court rules gives effect to the Constitutional Court ruling in Jaftha v Schoeman, which declared that banks should only sell at auction as a last resort and should find more creative ways to sell repossessed properties.

The following has been inserted in Rule 46 of the High Court rules: “A court shall not authorise execution against immovable property which is the primary residence of a judgment debtor unless the court, having considered all relevant factors, considers that execution against such property is warranted.”

The change in court rules also prohibits court registrars – rather than judges – from issuing sale in execution orders. This was common practice until the Constitutional Court put a stop to the practice in the Gundwana v Steko case (https://en.wikipedia.org/wiki/Gundwana_v_Steko_Development). Attorneys for the banks would type up court orders and have them stamped by court registrars. The new rules demand that only judges issue such orders, and only after considering all the debtors’ circumstances.

King Sibiya, head of the Lungelo Lethu Human Rights Foundation, has for years been lobbying the Department of Justice to change the rules and introduce more judicial oversight into cases of home repossession and eviction. Sibiya and Shaw spearheaded the R60bn Constitutional Court class action suit against the banks, comprising roughly 400 applicants whose homes were repossessed and sold at auction for a fraction of their worth. The Concourt recently referred the matter back to the High Court.

“South Africa has a shameful history of evictions, beginning in the apartheid years and continuing up to the present,” says Sibiya. “In the apartheid years, it was the government doing the evictions. Now it is the banks. We say there are more humane ways of recovering debts. The epidemic of evictions and home repossessions has spread to the townships. The abuse of the court system by creditors has been outrageous, from registrars with no legal education issuing court orders, to non-delivery of summonses, and banks issuing summonses without attaching loan agreements, claiming they were destroyed in a fire. No justice system can function properly under these circumstances.”

Sibiya says the change in court rules is a step in the right direction, but further changes are required. For example, how will the courts decide what is fair market value for a property unless estate agents are brought into the loop? This would challenge sheriffs’ grip on the auction business, something many people have argued is necessary to stop corruption, bid rigging and opportunistic speculation at the expense of dispossessed homeowners.

Another change to the rules prevents sheriffs from deducting amounts not authorised in terms of the judgment debt. Benjamin says a common practice in sales in execution is for the banks to load additional charges onto the defaulting customer's account after the judgment has been issued, and instruct the sheriffs to reclaim this from the auction sale. This is now disallowed.

The final word from debt specialist Armand Rinier: "As I have said for many years, whenever a customer is issued with a summons, the matter should be defended and we have developed a standard template that people can download. I do not say this lightly. Most of the summonses I have seen are riddled with errors by the bank. I would say closer to 80%. The amount they are claiming is exaggerated, they are loading costs onto the customer they are not entitled to, they miscalculate interest, and then they rely on the customers' ignorance of the law to get away with this. They cannot produce the original documents supposedly signed by the customer, and then come with a story that they were destroyed in a fire. It's getting easier to defend these matters. I am pleased with the new court rules. It gives the customer in distress far more ammunition to defend an action by the bank, particularly if the home is their primary residence. This is a human rights issue. The Constitution's protections against arbitrary deprivation of property have been given some muscle. Banks can no longer say the repayment of their loans takes precedence over the shelter of a family in financial distress."

You can email Armand at crushbankdebt@gmail.com.


Related articles:How to check if your bank is ripping you offHow to free yourself from debt slavery and stop paying bank interest, bank charges and collection costsForget debt counselling - manage your own debt and get out of slaveryHow to defend yourself against the banksHere comes the seasonal blizzard of summonses from the banksHow to defend your home against bank foreclosureHow the banks are denying your Constitutional right of access to justice