How to escape from a property suretyship 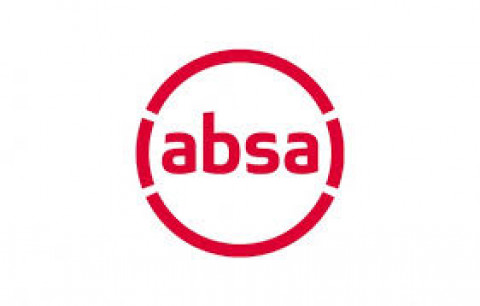 Our law will generally hold you to the agreements you make, and a suretyship is no exception. You can only free yourself from it if it “was induced by fraud, duress, undue influence or mistake, whether induced by misrepresentation or otherwise”. Here's a recent case where the court found against Absa and in favour of the defendant who signed surety, as GhostDigest reports.


“Suretyship is the precursor of ruin” (Thales of Miletus, one of the Seven Sages of Ancient Greece)

As the philosopher and mathematician Thales pointed out two and a half millennia ago, signing surety for another’s debts carries huge risk. Yet every day directors of property holding companies happily sign personal suretyships for their company’s (usually substantial) debts.

The problem is that it all seems so safe in the beginning. You need a bank loan to buy or develop a property, you’ve done your homework and the deal’s a good, sensible one. It’s only when things go wrong down the line that your signature on that suretyship document comes back to haunt you, and by then it’s far too late – or is it?

The recent High Court decision of Absa Bank Limited v Van Eeden and Others (4078/2012) [2018] ZAECPEHC 14  illustrates one of the very restricted circumstances in which you may be able to escape from the trap you signed yourself into.

The developer, the trust and the bank

• A property developer lent some R10m to an associate’s companies for a shopping mall development. The associate’s companies then borrowed a further R5m from a bank, which took a R5m mortgage bond over the one company’s property as security. And - here’s the rub – the developer also signed suretyship to the bank for the R5m both personally and on behalf of his family trust.

• The developer signed these suretyships believing that there was enough equity in the bonded property (valued at R12m) to cover both the R5m bond and another bond that he was told about of R2.7m. What he didn’t know at the time was that there was yet another bond over the property, and this was a big bond for R15m. Neither his associate nor the bank had told him about it.

• Only when both of the associate’s companies failed did the developer realise that there was no equity in the property at all, with bonds totalling R22.7m against a value of R12m, and that the bank’s liquidation dividend would leave it with a large shortfall.

• The bank duly sued the developer and his trust as sureties for R5.7m (R5m plus interest). To understand how that turned out in court we need to look at when our law will let you off the hook, and when it won’t…

So when can you escape from a suretyship?

• Our law will generally hold you to the agreements you make, and a suretyship is no exception. You can only free yourself from it if it “was induced by fraud, duress, undue influence or mistake, whether induced by misrepresentation or otherwise”.

• Without going into all the legal niceties (you definitely need your lawyer’s specific advice if you ever find yourself in this unhappy position) the general principle is that, where you rely on a “justified error as to the nature or contents of the [suretyship] document”, you must show that you were “misled as to the nature of the document or as to the terms which it contains by some act or omission (where there was a duty to inform) of the other contracting party.”

• In lay terms, you have to prove that the bank either actively misrepresented, or failed to disclose, something “material” (significant or vital) to you. And where you rely on a failure to disclose something (as in this case) you have to further show that the bank had a “duty to speak” i.e. had a duty to tell you about it. That’s because our law generally requires you to be aware of what you are contracting yourself into, rather than requiring the other party to “tell all”. The exception to that is where you can prove that the other party had “exclusive knowledge” of something material and your right to know about it “would be mutually recognised by honest men in the circumstances”.

• That’s quite a mouthful and it’s not easily proved, but in the particular circumstances of this case the developer succeeded in doing so. The Court had accepted that the developer wouldn’t have signed surety if he had been aware of the R15m bond, and that the bank officials knew of his concern about there being enough equity in the property to cover the R5m. Moreover the developer hadn’t done a deeds search (which would have revealed the extra R15m bond) because as he saw it there was a “relationship of trust” between him and the bank’s officials and he would have expected them to tell him about it.

The developer and his trust are accordingly off the hook. But there’s a strong confirmation there of just how narrow your potential escape route is from a suretyship.

So as always take legal advice before signing anything!

NOTE: For the sake of brevity and simplicity the above article does not discuss the second defence raised in relation to allocation of payments received by the bank from the liquidator.

Jack Crook, Director at DotNews, is well known to law firms as the author of LawDotNews since 2005. Jack’s legal qualifications (LLB Lond and LLB Rhod) are supplemented by many years of practical experience in law, in marketing his own firm, and in helping other small and medium sized professional firms to prosper by using simple, low-cost, effective marketing strategies.

Contact us on 086 110 5904 (or email info@dotnews.co.za) for more on the GhostMarketer platform and other LawDotNews services.