Tony Webbstock: a warrior has left us 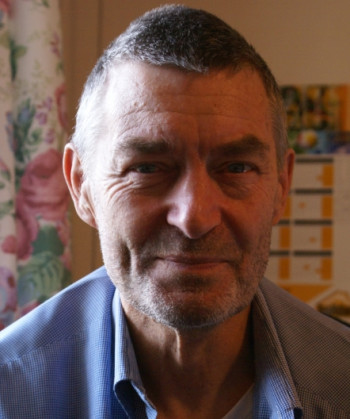 Our dear friend Tony Webbstock passed away last Wednesday morning, the result of complications from a decades-long battle with diabetes and – one has to say – inadequate medicine back in the day when diabetes wasn’t as well understood as it is today. Tony was a warrior with a Christian heart, a genius lawyer who put himself at the service of the people vs the banks.


I could hear it in his voice a few weeks back when I last spoke to him. He sounded strained and weak. He succumbed last week after a long fight with his ailing body. He remained his usual chirpy self, defiant and rebellious to the end. His wonderful sense of humour never left him. Nor was there a hint of victimhood in his voice.

Tony had been an attorney all his professional life, a devout Christian and champion of the small guy. He never once acted for the banks. With his genius and knowledge of the law, he could have made himself a rich man had he put himself at the service of the banks, but he refused this path. As an attorney, he would only ever act against the banks. Many clients he took on without charge. Whether you were from the townships or suburbs, as long as you were being hounded by the banks, Tony was always available on his phone for a consultation.

In an industry crowded with money grubbers and vultures, Tony stood above them all for his principle and his heart. He could not turn away from the misery and suffering that the banks had inflicted upon ordinary people. After the financial crisis of 2008, it became obvious to Tony that the banks were engaged in the biggest crime of the century. Having spread their confetti money across the land in the years leading up to the crisis, they then started foreclosing and vacuuming up of assets of their customers.

It is a well-known fact that South African law firms will seldom, if ever, act for clients against the banks. This is how they have captured the justice system. Tony was a rare exception, and he was brilliant at it. He knew every nook and cranny of banking and consumer law, and surrounded himself with a team that was without equal, including his son Matt, Stephen May and Leonard Benjamin. In case after case, they schooled the banks in the law that they were abusing.

Tony had fascinating insights into modern banking, the accumulation of four decades of legal battles with the banks. He knew their every trick: failing to properly serve summons on their customers to frustrate any attempt to put up a defence; illegally loading bank and legal charges onto mortgage bonds; arriving in court with recreated documents, claiming the originals were destroyed in a fire; litigating clients into bankruptcy, the final indignity for those who spent their lives in toil and struggle; bringing claims before the High Court when they should be argued in the Magistrates Courts where legal costs are a fraction of the higher court; failure to attach loan agreements to summonses; unlawful selling of credit and other insurance products and then failing to honour these policies; self-dealing by the banks when they repossess properties for a pittance and then on-sell them to insiders…. The list goes on. Tony had seen it all.

He was unique in that he was not motivated by money. His Christian heart had no place for this. From Timothy in the Bible: “The love of money is the root of all evil…” Tony lived this with conviction and passion. In a broken and troubled world, Tony made a difference. Thousands of people were rescued from ruin by his intervention. He was mostly gentle and kind. I say mostly. When confronted with that miserable breed, debt collectors, he summoned up the tiger and disguised his fair nature with rage, as Shakespeare implores us in Henry V:
In peace there’s nothing so becomes a man,
As modest stillness and humility;
But when the blast of war blows in our ears,
Then imitate the action of the tiger:
Stiffen the sinews, conjure up the blood,
Disguise fair nature with hard-favoured rage:
Then lend the eye a terrible aspect;
To hear Tony dispense with debt collectors was a beauty to behold. In battle, this was a guy you wanted in your corner.

The good news is that Tony’s crusade for a fairer world is in good hands. His son Matt, Stephen and Leonard will continue the path that Tony forged. Tony leaves us, his integrity and soul intact, a rare thing to say about any lawyer.

Some articles that Armand Rinier and Tony helped put together to assist those facing legal attack from the banks: