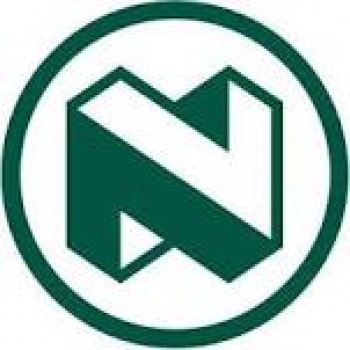 Sometimes you come across a story where one man, standing alone, fights a lone battle against the bank and prevails. This is the story of Joel Makubalo versus Nedbank, which has just been slapped down by the North West High Court for refusing to stop the sale in execution of Joel Makubalo's house after he paid his arrears on auction day. The judge awarded a punitive costs order against the bank. You can read the judgment here.


Sometimes you come across a story where one man, standing alone, fights a lone battle against the bank and prevails. This is the story of Joel Makubalo versus Nedbank, which has just been slapped down by the North West High Court for refusing to stop the sale in execution of Joel Makubalo's house after he paid his arrears on auction day. The judge awarded a punitive costs order against the bank.

This story has an all-too-familiar ring to it. Joel Makubalo bought a house in Rustenberg financed by Nedbank and then some years later lost his job and started missing his bond repayments.

As usual, it didn't take Nedbank long to take action. In September 2012 Nedbank took judgment against Makubalo for an arrears amount of R30,556. A warrant of execution was levied against the property which was scheduled to be ultimately sold in execution on 5 December 2014. By the day of the auction, the arrears amount had escalated to R39,249. Makubalo meanwhile had managed to rustle up an amount of R43,000 which he transferred to the bank on the morning of the auction.

This should have frozen the sale in execution immediately, as Makubalo had automatiocally reinstated his mortgage bond by by settling his arrears, plus some extra money to cover reasonable legal and other expenses. Its clear from the tone of the judgment (Makubalo vs Nedbank) that the judge in this case was furious with Nedbank's behaviour.

But the auction went ahead and was bought for R271,000 by Pieter Hoffman Eiendoms Beleggings, who on-sold the house 13 days later for R450,000.

Makubalo asked the court to set aside the sale and transfer of the property on the grounds that Nedbank was not the registered owner on the day of day the transfer took place. In other words, because he had settled his arrears plus some reasonable costs, he (and not the bank) remained the registered owner. This is an interesting argument that should be used more often.

There is another interesting aspect to the case. Because the arrears totalled just R30,466, the Magistrates Court had jurisdiction, and issued an order for the bank to collect on this money plus interest, and that the property should be declared executable (in other words, can be sold at auction).

The National Credit Act (Section 129) allows for a credit agreement to be reinstated if the customer settled his arrears, plus the reasonable costs of enforcing the agreement, prior to the transfer. If this is done, the customer "may resume possession of any property that had been repossessed by the credit provider pursuant to an attachment order". Makubalo settled his arrears on the day of the auction. But the bank tried to claim that the auction was concluded at 10am on 5 December 2014, and therefore it was all over for Makubalo.

The judge did not like this. "First and foremost it is debatable whether at exactly 10H00 was the sale in execution concluded and the 10% deposit paid over. All this must have occurred in a matter of seconds, which is doubtful."

Secondly, the payment of the 10% deposit by the purchaser at auction was made to the sheriff and not the bank, which meanns the sale was not conlcuded between the bank and the new buyer. The buyer only settled the balance of the purchase price on 19 January 2015 - after Makubalo had settled his arrears with the bank. Fourthly, the transfer of the property was only registered in the new owner's name on 26 March 2015.

The judge did not like what he was hearing from the bank. He was "disturbed" by the fact that despite notifying the bank that Makubalo had settled his arrears plus some more, the bank went ahead with the auction. The should have immediately suspended the sale, but didn't. When Makubalo had settled his arrears on 5 December 2014, his account now reflected a credit balance of R3,750.

The judge was also disturbed at the fact that bank was so intent on selling the house at auction when the arrears amount was just R39,249, and the house was bought for R271,000 then on-sold iun a matter of days for R450,000.

The court ordered the sale at auction and the subsequent on-selling of the property to be scrapped, and awarded a puitive costs order against the bank.

A long overdue smack to the banks abusing the court process

This is a long-overdue smack to banks attempting to use the courts to illegally enforce their credit agreements.

"This whole scenario could have been avoided had (Nedbank) acted reasonably and not forged ahead with the sale in execution and subsequent registration of the property in the name of the (buyer at auction). The actions of (Nedbank) calls for a punitive costs order on an attorney and client scale," ruled the Judge RD Hendricks of the North West division of the High Court.

As Rickards notes: "It is rare to feel justice has been done in a case involving banks and ordinary account holders: Makubalo’s fight is one for the record books — one to store carefully in your little black book of information that could prove lifesaving if ever things go badly wrong and you need some urgent help to save your home."

The lesson perhaps from this case is that the courts are gradually standing up for the small guy. Which is why you should always defend when summonsed by the bank. There are multiple defences available to those under threat from the banks. For more information, sign up with Debt Admin here.

Related articles:How to defend your home against bank foreclosureHow to check if your bank is ripping you offHow to free yourself from debt slavery and stop paying bank interest, bank charges and collection costsForget debt counselling - manage your own debt and get out of slaveryHow to defend yourself against the banksHere comes the seasonal blizzard of summonses from the banksHow to stop paying illegal garnishee orders in one simple step