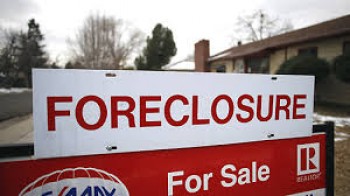 Here's arguably the most effective tool in the homeowners' arsenal when the bank attempts to foreclose on your house in the High Court - simply insist that the matter is heard in the Magistrates Courts, wher the costs are much lower. Attorneys representing the banks will lose their appetite for the fight because the allowed legal fees they can charge in the Magistrates court in often less than 10% that of the High Court.


This article is  to be read in conjunction with  my article How to defend your home against foreclosure.

For many, the prospect of losing the roof over their heads is demeaning and debilitating and, although the courts have done much to temper the fairness and transparency of bond foreclosures, it remains a traumatic process. Banks often institute legal action without proper negotiation with debtors to allow them time to either bring up arrears or sell his property on the open market to get the best possible price for the property.

Every week, hundreds of foreclosure matters are heard in the High Courts throughout the country. Here’s the rub: the legal costs are so high as to discourage all but the deep-pocketed from defending the matter. That, in itself, is a denial of access to justice.

The banks could and should bring legal action in the Magistrates’ Court where the costs are much lower.

Banks favour the High Court because it makes it more expensive for home owners to oppose the proceedings even though Magistrates’ Courts are quite competent to hear such matters.

The good news is this can be used to your advantage. If ever you want to see bank-appointed attorneys heading for the exit door, insist that the matter is heard in the Magistrates Courts. There’s no money in it for them (because the allowed fees are far lower – try R5,000 instead of R70,000 they could charge in the High Court).

I believe this could be the most powerful weapon used by South Africans facing foreclosure. Once you hit attorneys in the pocket, they lose their will to fight.
In the 2007 Mateman case* the judges decided that, if the bank could have sued in the Magistrates’ Court but chose to sue in a High Court, it would be penalised by only being entitled to charge legal costs that it could legally have recovered in the Magistrates’ Court.  It is submitted that this decision applies to both opposed and unopposed Matters, has never been overruled and remains the law.

Instituting action in the High Court also affects debtors who want to reinstate their credit agreements in terms of section 129(3) of the NCA, since they are required to pay arrear amounts as at the date of summons together with the bank’s “reasonable costs of enforcing the agreement, up to the time of reinstatement.”, i.e. the credit provider’s reasonable legal costs. If those legal costs are untaxed and excessive, it is more difficult for debtors to avail themselves of this very valuable and important right.

The Mateman versus Nedbank case should have been a significant victory for homeowners due to the cost implications, but the banks have circumvented the effect of the judgment by simply ignoring it. In a recent High Court opposed summary judgement matter, the home owner was presented with an account for R70,000 debited directly to his bond account without taxation (ie. scrutiny of the Court). Under the Magistrates’ Court scale of costs, the legal costs would probably not have exceeded an amount of R5,000.

The prejudice to homeowners is exacerbated by the banks’ practice of capitalising the legal costs. They simply add them to the bond account, and then lump interest on top.

We know of several cases where homeowners raised this defence against this outrageous abuse by the banks and had the matter referred to the Magistrates Court. .

At the risk of repeating myself ad nauseam, always defend when sued by the banks, and then insist that the matter is heard in the Magistrates’ Courts. The banks’ attorneys will squeal like piglets, but cite the Mateman case and watch them lose their appetite for the fight.

What should you do if you believe that you have been a victim of the banks’ misbehaviour as set out above? You should click here!

Related articles:How to check if your bank is ripping you offHow to free yourself from debt slavery and stop paying bank interest, bank charges and collection costsForget debt counselling - manage your own debt and get out of slaveryHow to defend yourself against the banksHere comes the seasonal blizzard of summonses from the banksHow to defend your home aganst bank foreclosure