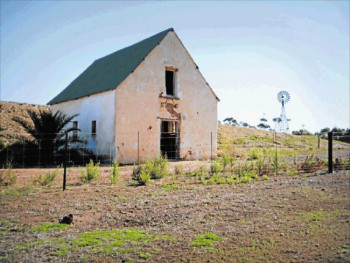 Three black Limpopo landowners have forced Police Minister Bheki Cele and Soshanguve station commander Brigadier Samuel Thine to take action against people who invaded their land in Onderstepoort‚ north of Pretoria, says Timeslive. They turned to AfriForum to defend against the land invasion. It has also been reported that Cape Town has experienced a 53% increase in land invasions last year. As several observers have pointed out, these are the inevitable consequences of reckless talk surrounding expropriation with compensation.

Dr Motodi Samuel Maserumule and his business partners‚ Diphethe Bopape and Kgosi Letsi Phaahla approached the high court in Pretoria on an urgent basis after four farms belonging to their company‚ Akubra Trading‚ were occupied and subdivided.

In the interim draft order handed down on Friday‚ the court ordered the police to restore the property to its owners and that the sheriff demolish any “uninhabited” structures on the properties.

Maserumule said in court papers that the Soshanguve police had refused to open a case when he turned to them for help when their land was seized.

The three businessmen approached Afrikaner rights group AfriForum on Monday after an office was set up on one of their properties‚ from where stands were initially given away for free and then later for cash for amounts of up to R500.

He said he was not a member AfriForum but the organisation was "God sent" because‚ as soon as they got involved‚ things started moving.

Ian Cameron‚ AfriForum’s head of community safety‚ said although the police eventually opened the case after their intervention‚ no action was taken against the invaders and they were forced to go to court.

Maserumule said: “The phrase ‘expropriation of land without compensation’ did not induce a lot of emotions to me until Monday because now it is my property and it is not funny at all.

“There is a bulldozer now scraping a piece of land [for roads] there. There are even more people arriving with building materials‚ just continuing as normal‚” he added.

The police did not oppose the application‚ which was postponed to Friday September 7 for a final decision.

Times Live also reports on a 53% increase in land invasions in Cape Town over the last year:

Protests and land invasions have escalated sharply in the City of Cape Town‚ diverting law enforcement officers‚ metro police and traffic services from their core duties.

This was revealed on Monday when the city released its latest “enforcement statistics”‚ revealing that its own enforcement agencies made 12‚063 arrests in the previous financial year‚ excluding warrant arrests‚ a 17% increase on the preceding period.

“This resulted in a knock-on effect on planned enforcement operations for law enforcement‚ metro police and traffic services as resources had to be diverted to assist the South African Police Service in terms of public order policing‚ effecting road closures and diverting traffic.