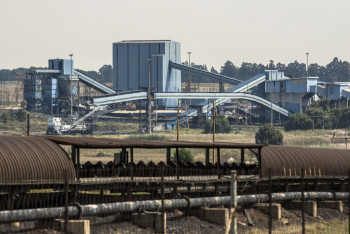 The business rescue practitioners trying to save the eight Gupta-owned companies placed under business rescue in February have had to face down 42 court cases in less than four months. That works out at more than 10 a month, according to Moneyweb.


The blizzard of litigation kicked off within days of business rescue practitioners being appointed in February. Several of the cases came from liquidation practitioners seeking to liquidate rather than rescue the crown jewel in the portfolio, Optimum Coal Mine, after getting legitimate creditors to sign over their claims. All of these attempts to liquidate the companies failed.

The motivation to liquidate rather than rescue the companies is obvious: the liquidators stand to make 10% on any monies raised from the sale of assets, which could amount to anything between R300 million and R500 million. Attorney Bouwer van Niekerk from law firm Smit Sewgoolam, which is representing the business rescue practitioners, says the litany of court cases was clearly stage-managed by previous managers to the prejudice of the companies, staff and creditors.

In April, several directors of the Gupta-owned Oakbay denied business rescue practitioners (BRPs) access to the company’s Sandton offices. The directors claimed that Oakbay, the Gupta-owned company that controlled the eight companies in rescue, had not itself been placed under business rescue and therefore the BRPs had no right to enter. The court threw out the claim, and forced Oakbay to open its doors to the practitioners. Many of the court cases against the Gupta companies involved appeals against decisions handed down by the North and South Gauteng High Courts. All of these appeals went in favour of the business rescue practitioners.

In recent weeks there was an attempt to sabotage Optimum Coal Mine when overhead cables supplying power to trains transporting coal from the mine were cut. Optimum had to replace the cables at a cost of more than R3 million.

All this pales alongside the damage wrought by the Guptas themselves, who appear to have drained the company of cash – to the point where miners were sent underground without protective gear and machines were left to rot.

Within 24 hours of taking over as business rescue practitioner for the Gupta companies, Louis Klopper testified before the Parliamentary Portfolio Committee. “I told the committee that the Guptas had pillaged the companies and treated them as their own personal piggy banks. I still stand by those comments,” he says, adding that a more detailed picture of the causes of failure at the businesses will soon be available.

“There is without doubt a campaign of intimidation and harassment against our efforts to rescue the mine and the other businesses,” says Klopper.

One of the lawyers seeking to liquidate Optimum was former Gupta attorney, Naushad Gattoo, who has since been referred to the Law Society for the alleged theft of R7 million from a client. He is also accused of fabricating a court order supposedly freezing his bank accounts due to his association with the Guptas, and using this as a pretext for failing to pay over the client’s funds. Gattoo’s lawyers told Daily Maverick that the allegations of wrongdoing by their client were “defamatory, vexatious and spurious”.

Among the companies bringing applications to liquidate Optimum were Ritchie Crane Hire, Edsha Collective, Rhojan Labour Hire Construction and Moonstone Transport and Mining. Other applications were for the return of equipment.

Another attempt to liquidate Optimum came from none other than its former CEO, George van der Merwe, who had to appease thousands of angry workers when the mine was placed under business rescue in February. Just a few weeks later Van der Merwe was on the other side of the fence, claiming he was a creditor of the company. He applied to have the business rescue practitioners of Optimum replaced with practitioners sympathetic to the Guptas – an attempt which failed. Van der Merwe, who previously worked in the Gupta’s Sahara Computers laying cables, was seconded to run the mine by the Guptas. He was removed as CEO of the mine on the grounds that he lacked the necessary experience for the job.

In reply to Van der Merwe’s removal application, business rescue practitioner Kurt Knoop deposed: “The applicants have engineered a situation where the BRPs have been forced to deal with the constant litigious onslaught from the pre-existing management, to such extents that it has become almost impossible to continue answering such voluminous applications, in extremely curtailed timelines and on a constant basis.”

Among the Gupta companies placed under business rescue are Tegeta Resources, Optimum Coal Mine and Shiva Uranium. But the real prize in the portfolio is Optimum Coal Mine, which has a potential market value of R4 – R5 billion once restored to full operational glory, according to Klopper.

Optimum supplies Eskom with coal, and was acquired from Glencore in 2016 under dubious circumstances. Eskom slapped the previous owner, Glencore, with a R2.1-billion fine for supplying sub-quality coal, which reduced the value of the mine. The loss-making mine was placed in business rescue and then acquired by Tegeta Exploration and Resources, which is owned by the Guptas and former President Jacob Zuma’s son, Duduzane. Eskom then gave Tegeta a R586-million prepayment for future coal deliveries, which is almost exactly the amount needed by the Guptas to cover the shortfall on the R2.15 billion purchase price agreed with Glencore. Eskom then reduced the fine to the benefit of the Guptas.

Eskom is the largest creditor, due to the outstanding fine. “Once we get the mine back on its feet, it will be worth between R4 – R5 billion, so there will be enough there to settle Eskom’s claim,” says Klopper.

The eight Gupta companies were placed in business rescue when Bank of Baroda, the only remaining commercial bank in SA willing to provide them with banking services, announced that it was pulling out of the country. This left the companies without banking services, and therefore unable to pay staff and creditors.

In documents before the South Gauteng High Court, the BRPs say they uncovered a Vat refund of about R90 million due to Optimum Mine had been diverted to the bank account of a company called In House Wages, whose director Ashvir Maharaj had been appointed just two days after Optimum was placed in rescue. An anti-dissipation order to retrieve this money was issued by the court in April. Maharaj said he had been acting on the instructions of Ronica Ragavan, who was acting CEO of Oakbay. He told the business rescue practitioners’ attorney this was not the first time he had been instructed to divert funds in this manner, adding that a total of about R180 million had been involved.

Knoop’s affidavit in the Van der Merwe case sheds some interesting light on the operations at Optimum under the Guptas. Optimum was never able to meet its supply target of 700 000 tons a month because of the “deplorable state” of the mine’s equipment, “which was never properly maintained by the pre-existing management (no doubt due to the lack of funds), and their inefficiency”.

The previous management is also accused of misappropriating and transferring funds between different Gupta companies, which gave rise to their financial distress in the first place. Previous management also admits that Optimum’s pricing model was inherently flawed, in that the sale price of coal to Eskom was less than the cost of production.