Dreaming of a new Zimbabwe as election day approaches 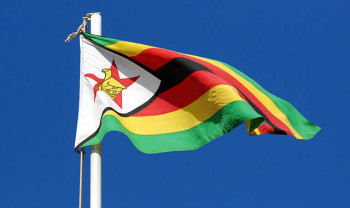 Things are hotting up ahead of Zimbabwe's 30 July poll which is expected to be a watershed event for the country. The opposition Movement for Democratic Change (MDC) is led by 40-year-old Nelson Chamisa, who faces off against the 75-year-old Emmerson Mnangagwa, formerly part of the Mugabe government before he desposed his one-time boss in a soft coup late last year. Stories are circulating in the Zimbabwean press that Chamisa has been in talks for Mugabe's wife, Grace, offering her a potential vice presidency should he win the race. Chamisa denies this. Voters are spoiled for choice of candiates, and the MDC appears to be contemplating the possibility of outright victory for the first time in its history (not counting the corrupt 2000 election which it undoubtedly won but had the result stolen by the ruling Zanu-PF). Not so fast, say Zimbabweans in SA. Chamisa may be young and charismatic, but he has not earned the trust of voters. If that's the case, could we see Mnangagwa pulling off yet another term for Zanu-PF? MDC parliamentarian from South Bulawayo, Eddie Cross, looks at what the new government has to confront, regardless of who wins.


My first call on my bucket list for Zimbabwe was fiscal stability and discipline, the second was monetary stability and predictability. This week on Monday the informal rate of exchange for the RTGS dollar was 1.90 to 1. That is an effective devaluation of 12 per cent in a week. Two to one looks as if it's just around the corner. Inflation will follow - that is why these fundamental macro-economic issues are so important to everyone. In fact, I will be blunt - unless you get these right, nothing else works.

But once we have tackled these issues, we must start to look at how to fix the rest of our society. For me it is the services - water, sanitation, education and health. Our Cities are in a state of crisis - less than half the residents of Harare get clean water every day, when they do, the quality is variable to say the least. We can say the same thing about sanitation - 95 per cent of the raw sewerage generated by Harare runs into the rivers untreated and have created the most polluted dams in the world which must supply the City with water.

The solution is financial and institutional more than anything else. Since 1980, the Central Government has failed, consistently, to fund Local Authorities in any significant way. Instead they have steadily stripped the Councils of important revenue streams that have been the mainstay of local government for decades. Local distribution of electricity, motor vehicle licensing, grants for health and education. They even tried to take water distribution and sales away from the Councils but when that failed they imposed heavy charges on all urban councils for raw water and for violations of the environmental protection laws.

Then the Central Government began to allocate land for urban settlement on the farms that ringed every City - with no provision for services. I am quite sure that after the elections - all these vast areas of informal housing will be incorporated into the urban Councils who will then be burdened with the task of providing services. It is Mission Impossible in every way and the main problem is how to finance this process and manage the system better.

Once we have sorted out how to finance the Local Government Authorities more adequately, we can then move onto how to manage the process of service provision on a reliable and sustainable basis. In respect to water supplies there are two fundamentals - it is a constitutional right that everyone has access to clean water needed for basic necessities - for me that means a free, basic allocation to every household. After that is met, then everyone pays. In my personal view, pre-paid water meters are essential. Our experience with prepaid metres for electricity shows how this can turn around a very difficult situation.

Secondly, we need to recognise that the provision of water for all purposes is a business and must be run like one - even if it has to carry part of the overhead in terms of a tax on water of (say) 20 per cent which goes to the Local Authority. The situation today where water revenue is used to fund 40 per cent of the general costs of administering local Councils is simply untenable and results in the near total collapse of basic water infrastructure over time.

Virtually the same can be said of sanitation services - Harare has had an offer to commercialize solid waste collection and treatment through recycling and power generation for 7 years - no decision has been taken. The firm making the offer says that it needs no funding from the State or the Local Authority and would be able to reduce service charges. Make your rubbish a business for heaven's sake! The power generated would fuel a City the size of KweKwe. No more pollution from the dump in Pomona - just a factory employing people and producing products for sale in another part of the City.

Effluent and liquid waste should be treated just the same - if we treated our waste water and sold it back into the system we would need fewer new dams and the system would be self-sustaining. In Botswana recycling waste water is mandatory.

Then there is education - a good education service is not optional for a successful State - it is mandatory and how we finance education and manage the institutions delivering the service is a critical subject. We boast about our high level of literacy - but the reality is that we have tens of thousands of children coming out of State schools who cannot read or write and who are not even numerate. What do you expect of a system which pays its headmasters less than $1000 a month?

We have 5 million young people who should be in the education system. How we fund the system and manage its operations is perhaps one of the most important decisions that we must make after the elections on the 30th July. Government is doing a lousy job of this and one of my own personal convictions is that we have to turn this responsibility over to the Communities. Parent involvement in education is not only essential financially but also is the only guarantee that they get what they pay for and hold the Heads and Teachers in our schools accountable.

What I would advocate is that we turn over the control and management of all educational establishments to the Parents of the student body they represent. They elect School Boards and the Boards and Councils that run the higher education establishment - Polytechnics perhaps should be controlled by the industry that takes their students after they have qualified. They appoint the Head or the Vice Chancellors that run these establishments and let each institution select and appoint the staff they require.

To achieve some form of equity, I would advocate that the Central Government limits its role to a per capita grant per student based on a means test which guarantees access to school or University and capital grants for infrastructure based on application and needs assessments. Otherwise I would limit the Ministry of Education to curriculum and examination services, plus a rigorous system of school inspection run by experienced and able teachers.

Even now my own estimate is that parents and relatives in the Diaspora already provide twice as much funding for education as provided by the Central Government. But they are not fully in charge of how their money is spent or accounted for. If this was corrected they would be prepared to make an even bigger contribution.

Finally, there is the health sector. Here inequality in our society is stark. Medical Aid Societies collect over $1,2 billion a year in subscriptions and they serve the needs of about 8 per cent of our society. The State spend about 8 per cent of the budget (less than $500 million) and the international Community just about doubles that - mainly for Aids, Tuberculosis and Malaria. That covers 92 per cent of the population and means that the State sector is seriously underfunded and the qualified staff involved are operating under very poor conditions. The result is a system that wastes what resources it gets and patients receive very poor service.

The Church based institutions do a much better job even though they are just as poorly funded and the reason is that they are privately managed by motivated people. Why not apply the same lessons to all State run institutions? In my view we should develop a State subsidized national medical aid program and put all State Hospitals and Clinics under Boards appointed by the Communities they serve. The Boards should have the right to run each institution on a business basis and to select and appoint staff. A big Hospital is a large organisation - even a business and requires management - not by Doctors but by professional managers and administrators. Access and quality could be guaranteed by the State subsidized and means tested medical aid scheme.

It's is now just 19 days to the election. I am still dreaming, but soon it will be time for action and decisions on all these key issues.