Court ruling changes the role of labour broking in SA 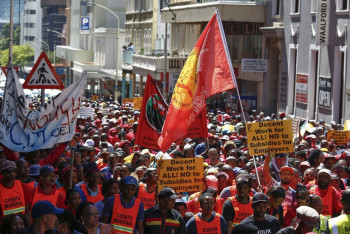 Labour brokers have been dealt a major blow after the Constitutional Court ruled on Thursday that they were not dual employers when their clients absorb contract workers as permanent staff, reports Business Day.


A landmark ruling in the Labour Court will change the nature of labour broking in SA.

A protracted battle over the right interpretation of the section has seen unions and labour brokers battling it out in several courts.

The ruling means temporary employment services (TES) will not have any legal standing in the employment terms of contract workers, nor be involved any further in the equation with regards to the LRA.

TES companies have complained that the ruling will have adverse effects on their profitability and potentially destabilise the labour market.

The section in contestation leading to the now dismissed appeal application by Assign Services has been the cause of confusion in the industry, with the qualifying workers left in the lurch. The Constitutional Court has upheld a 2017 ruling by the Labour Appeal Court that found in favour of the National Union of Metalworkers of SA (Numsa) which represented workers in the employ of Assign Services who challenged the dual-employer interpretation.

The case was originally heard at the Commission for Conciliation, Mediation and Arbitration (CCMA) when the company’s employees, represented by Numsa, challenged the dual-employer interpretation.

Numsa spokesperson Phakamile Hlubi-Majola said the judgment would change the lives of the country’s most lowest paid workers who were exploited due to lack of clarity about their rightful employers.