The cycle of freedom always ends in dictatorship 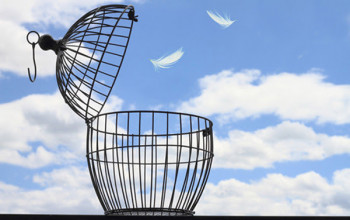 In this article, Jeff Thomas of International Man writes of the warning by Scottish economist Alexander Tytler that all democracies end in dictatorship. Looking at Tytler's Cycle of Freedom, it is difficult not to conclude that SA has squandered much of the liberty gained in the last 20 years and we are moving down the scale to apathy. From there, it is a short hop to bondage before the cycle of freedom fires up again. This will take generations to reverse, Tytler warns us.


Periodically, I offer up a statement by Scottish economist Alexander Tytler, who, in 1787, was reported to have commented on the then-new American Republic as follows:

A democracy is always temporary in nature; it simply cannot exist as a permanent form of government. A democracy will continue to exist up until the time that voters discover they can vote themselves generous gifts from the public treasury. From that moment on, the majority always votes for the candidates who promise the most benefits from the public treasury, with the result that every democracy will finally collapse due to loose fiscal policy, which is always followed by a dictatorship.

The average age of the world’s greatest civilizations has been about 200 years. These nations always progressed through this sequence:
From Bondage to Moral Certitude;

from Moral Certitude to Great Courage;

from Great Courage to Liberty;

from Liberty to Abundance;

from Abundance to Selfishness;

from Selfishness to Complacency;

from Complacency to Apathy;

from Apathy to Dependency;

from Dependency to Bondage.
Tytler had it right. There is a Freedom Cycle. It’s not an accident. It’s based upon human nature, which is perennial. And it’s not something that can be manipulated to suddenly reverse itself, just because the citizens of a country are unhappy when they find themselves living in the declining stages. It has to play itself out.

Tytler was quite a scholar and had come to his conclusion, based upon the rise and fall of many nations, over the ages, with particular emphasis on the Athenian Republic.

But, what this means is that the cycle is likely to stay in order in these countries over time and, at some point, years from now, Venezuela will be likely to climb out of its Bondage stage before Europe and certainly before North America.

But, what very few people can wrap their heads around, is that this is indeed a cycle.

The Freedom Cycle continues until it hits bottom (Bondage), then it stays there for a while. Historically, the generation that is in charge at the time of bondage is never responsible for the eventual rebirth. The bottom must continue long enough for a new generation of adults (who, all their lives have witnessed that “free stuff” is a lie) to create the rebirth. They understand, only too well, that their only hope to have more, is to develop a work ethic and stick to it. (Their still-whining parents continue to hope that a leader will come along and finally deliver on the free lunch.)

The cycle is a long one, as it requires that generations pass. Just as the depression-era people in the US and Europe were hard working and the baby boomers were their spoiled children who voted for those who promised free stuff, and millennials represent the complacency and apathy generation, so these generations must age and slide into the background before a new and productive generation can create a rebirth.

I was extraordinarily fortunate. In my own country, when I was young, we were a relatively poor, but hardworking people who understood that if we didn’t work, we didn’t eat. We didn’t get to build houses for ourselves and we didn’t buy a car. Therefore, everyone except the truly indigent worked. The truly indigent are always very few in any culture, and our entire community looked after them easily, without government support.

But, then came dramatic prosperity. One of the by-products of that prosperity was that a new generation of politicians rose up, hoping to cash in. They promised free stuff to the public, but insisted that they must be left alone to dominate. (Their dual slogans were, “The people may have their say, but Government must have its way,” and, “We were elected to govern and govern, we shall.”)

But small numbers of us challenged them, dug in our heels and, over time, we gained overwhelming support from our people. We had to rout two successive governments, but, eventually, those political hopefuls who remained, understood that, should they become too domineering, their careers would end. As Thomas Jefferson said,

In Jefferson’s day, America had been a frontier. Those who went there to find freedom from the oppression in Europe understood that, if they were to survive there, they must have a strong work ethic and be entirely self-reliant. They were soon joined by others from Europe with a similar ethic.

These were not people who would tolerate dominance. Although the colonists only paid King George a meagre 2% in tax, they revolted at the very principle of domination and, through their tenacity, prevailed. (Remember, the majority of them were self-reliant.)

The same was true in my own country. People who have a strong work ethic and are self-reliant may be kind and sharing, but they don’t like being dictated to. Therefore, when we opposed the tyranny that had just begun in our country, we attracted tremendous support from the electorate. (Again, the majority were self-reliant.)

Cuba, today is just breaking out of the ground in its own rebirth. Although it is not yet understood by most of the world, a younger generation of free-marketers have grown to adulthood in a country where the “free stuff” has been an obvious lie. Their parents remain complacent and apathetic, whilst the new generation are transforming their country from the bottom up and their trajectory is unstoppable.

If there is a lesson to be learned here, it is that a Freedom Cycle exists and has always existed and it’s driven by human nature. Most people, when they find themselves in the downward swing of the cycle, become complacent and apathetic, as Tytler describes. Otherwise intelligent, educated people vainly hope for a Freedom Fairy who will appear on the scene and reverse the process (but will continue giving out the free stuff).

Historically, this has never happened. No country reverses the cycle. Like a plant, it must die before renewal can occur.

So, the reader may wish to ponder where his own country is on Tytler’s list of stages. If it’s on the upward swing, wonderful—life will be good until it reaches the pivot point of “Abundance to Selfishness”.

But those whose countries are in the declining stages (especially if they are nearing the “Dependency to Bondage” stage) are in a more dangerous position. I do believe that 99.9% of them will act in accordance with apathy and do nothing. Only a few will choose freedom. But, to do so, they will need to understand that freedom will not find them where they live.

Those who seek freedom must go to one of the places where it’s presently rising up from the ground or has already gotten on a roll and is on the upward swing of the cycle.