RIP David Goldblatt: photographer who found the human in an inhuman landscape 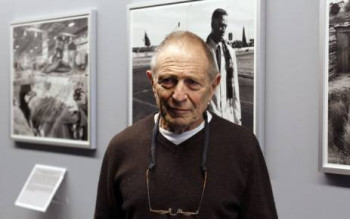 World renowned and revered South African photographer David Goldblatt has died at the age of 87. He became a photographer at the age of 18 and would come to focus his camera on quiet, yet equally poignant features of the brutal apartheid regime. He documented South Africa's troubled journey through the apartheid years to the present. Those of us who had the pleasure of meeting and working with David recall him as a true gentleman and a professional to his core. We shall miss him. Fellow photographer Paul Weinberg reviews his life and work (pictures by David Goldblatt).

Over the course of his decades-long career, Goldblatt’s photographs were exhibited widely and continue to be held in museums around the world. He won numerous major international awards for his work.

Paul Weinberg is a documentary photographer and was Goldblatt’s friend. He is the curator of the exhibition of Goldblatt’s and Peter Magubane’s work called Common Ground, to show at the Goodman Gallery in Johannesburg, 28th July. The Conversation Africa’s arts & culture editor, Charles Leonard, spoke to him about Goldblatt’s life and work.

His work focused on South Africans and their country, but his photographs had a universality about them: why was that? 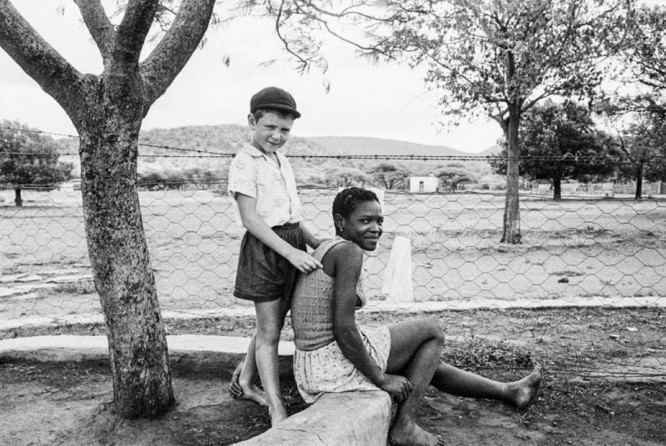 David was deeply connected to the country. Although he grew up in a time that was shaped by apartheid, his work went beyond the surface. He found the human in the inhuman social landscape.

In Boksburg (a mining town east of Johannesburg), the closest project he got to doing as an autobiography, he wrestled with the deep contradictions of the place before starting. As he told me:

I stood on street corners wholly engaged by what I tried to hold off the flow of orderly life. Spaces, roads, lines painted on them, low buildings, sky, veld; the people, white and black moving in their separate but tangles ways, all to be seen in the sharpness of the Highveld light.

Boksburg was shaped by white dreams and proprieties. Most pursued the family, social and civic concerns of respectable burghers anywhere, some with compassion, yet all drawn into a fixity of self-elected, legislated whiteness. Blacks were not of this town. They served it, traded with it, received charity from it, and were ruled, rewarded and punished by its precepts. Some, on occasion, were its privileged guests.

I asked him what the purpose of his photographs was.

I was asking myself how it was possible to be so apparently normal, moral, upright – which almost all those citizens were – in such an appallingly abnormal, immoral, bizarre situation. I hoped we would see ourselves revealed by a mirror held up to ourselves.

Was Goldblatt a journalist, documentarian or an artist?

David was primarily a documentarian. He made a life of photographing issues that went beyond the events and reflected the conditions that led to them. With the emergence of the fine art world in photography at the turn of the 21st Century, David evolved. But adjusting to the fine art world didn’t sit that comfortably with him.

He did the dance. But he privately hated exhibition openings, and the attention they brought him. He felt uncomfortable about being seen as an artist. In the end he came to terms with this dichotomy by simply called himself a photographer, a “get out of jail card” for those who liked to pigeon hole people. About himself he said:

I would say that I am a self-appointed observer and critic of the society into which I was born, with a tendency to giving recognition to what is overlooked or unseen.

What is his legacy as a photographer? 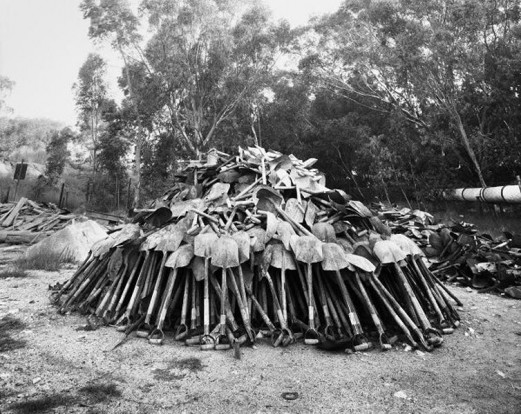 Under all his complex layers he was a humanist who was never comfortable about the world around him. His role with the camera fully emerged while photographing in Soweto in a period that preceded the Soweto uprisings in 1976. He remembered:

With a camera I was for the first time able to expand my experience of other people’s lives. Making portraits of people in Soweto in 1972 was a significant moment for me fundamentally.

Goldblatt was preoccupied with values, then and now. In an interview I did with him, he said:

During those years my prime concern was with values – what did we value in South Africa, how did we get to those values and, in particular, how did we express those values? And once you start on that line of thinking, then it’s a continuation, there’s no break.

Beyond his photography he was a mensch on steroids with a great community spirit. He was the founder of the Market Photo Workshop in Johannesburg and co-founder of the Ernest Cole Award established to support South African photography. He turned no photographer, famous or evolving, from his door.

David was accessible to everyone. And now this legend has passed. Living without him will be hard. But his presence through his photographs, views and commitments will always be with us and replayed over and over again in the years to come.