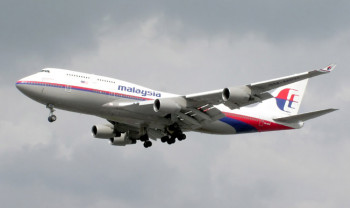 The latest report by a Dutch-led investigation into the downing of a Malaysian airliner in 2014 casting blame on Russia for the disaster follows the same reprehensible flouting of due process as the Skripal poison affair, writes Finian Cunningham in Strategic Culture.

No credible evidence is ever presented. The charges leveled against Russia largely rely on assertion and innuendo. And despite the grave implications for the accused, Russia is not permitted to access the investigation file independently to form an adequate defense against the claims.

This is far from the standard of due legal process. Ironically, by Western governments that claim to be paragons of law and jurisprudence. It is more akin to an inquisition where guilt is presumed from the outset, and where the prosecution is tilted heavily in favor of the accusers.

The Dutch-led Joint Investigation Team (JIT) has released updated conclusions to its nearly-four-long probe into the airline disaster. On July 17, 2014, Malaysian MH-17 crashed while transiting airspace over eastern Ukraine on its way to Kuala Lumpur from Amsterdam. All 298 people onboard were killed. Most of the victims were Dutch, Malaysian and Australian nationals.

A plausible explanation for the downing is that the aircraft was hit by a surface-to-air missile. The big question is who fired the missile since the Ukrainian region was the scene of intense fighting between Western-backed Kiev regime forces and pro-Russian rebels.

Western news media and governments immediately sought to blame Russian-backed rebels for the carnage. By dubious extension, President Vladimir Putin was vilified in some media coverage as being personally responsible for the deaths.

Russia has vehemently denied having any involvement in the incident. Indeed, Moscow has said it believes Kiev’s armed forces may have fired the missile.

The rebels in the Donbas region again this week reiterated that they were not responsible since they did not possess any such high-altitude anti-aircraft weapon systems.

The JIT probe previously reported that the weapon was a Soviet-made Buk missile. This week, the investigators dramatically upped the ante by charging that the missile came from a Russian anti-aircraft brigade based in Kursk, southwest Russia. The Dutch-led team claim that the 53rd Brigade transported the Buk system over the border into Ukraine. They claim that the convoy returned to Russia shortly after the downing of the airliner. The Dutch team leave the possibility open that the weapon may have been fired by another party, but the implication is Russian culpability.

Like the Skripal affair involving the alleged poisoning of a former Russian double agent, Sergei Skripal, and his daughter in England on March 4, the MH-17 case has been prejudiced from the outset by wild allegations of Russia’s guilt.

Within days of the purported poisoning of the Skripals in Salisbury, the British government accused Russia of carrying out an assassination plot. There has never been any verifiable evidence presented by the British authorities to substantiate their sensational claims. The trick seems to be to railroad through a guilty verdict before any due process is allowed to take place.

Likewise in the case of the MH-17 disaster. Russia or Russia-backed militants have been labelled as guilty from the beginning. All proceedings thereafter seem to be solely for the purpose of “proving” the foregone conclusion.

A further similarity in this inquisitorial process is that Russian investigators have been excluded from multilateral fact-finding. The Dutch-led JIT is heavily reliant on NATO secret intelligence. More disturbing is that the Kiev regime, which should be treated as one of the suspect parties, has been allowed to contribute to the report findings. That is an incredible bias given the enormous incentive for Kiev and its NATO supporters to inculpate Russia or the pro-Russian rebels.

Responding to the report this week, President Putin quite correctly stated that Russia cannot acknowledge the charges because it has constantly been denied fair access to the investigation files. The Russian president said, however, that Russia was willing to participate in an open and transparent probe.

Again, this is analogous to the Skripal affair. Moscow has repeatedly offered to carry out a joint investigation and contribute to an elucidation of what really happened to the former spy and his adult daughter. But the British authorities have continually refused to include Russian investigators.

As for the lack of hard evidence, the British have based their tendentious allegations against Russia largely on the alleged detection of a Soviet-era chemical weapon. In the MH-17 case, the Dutch-led investigators are implicating Russia based on the alleged claim that the missile was a Soviet-made Buk system. That’s very elastic extrapolation.

The Kiev regime forces are in possession of Buk missiles dating back to when Ukraine was a Soviet Republic before 1991. It is entirely plausible that its forces could have fired the weapon that doomed the airliner.

Indeed, Russian military said this week that video images presented by the Dutch police of the alleged Buk missile’s casing indicate that the model is dated to the pre-1991 period. If that is the case, then one wonders why a top-notch, modern Russian defense brigade would be toting relatively old missiles if it were involved, as the JIT report claims.

Russia’s defense ministry said: “One of the arguments the investigators used to back up their charges the Russian military might have been involved in the tragedy was a fragment of the Buk missile’s engine demonstrated at a news conference. The serial number unambiguously indicates that the engine was manufactured in the Soviet Union back in 1986.”

As well as the unprecedented exclusion of Russia’s participation into what was an international disaster on its border, the JIT also omitted potentially crucial data such as radar and air-traffic communications, according to Moscow. The JIT also did not investigate why the Kiev authorities who had operating control over the aviation routes allowed the ill-fated airline to traverse what was at the time a hot war zone.

The Washington Post reported: “The investigators Thursday offered only open-source video and photographic evidence to support their conclusion that the missile came from a Russian military anti-aircraft system. Portions of the evidence already had been reported by the Bellingcat research group. But the international investigative team said that its findings stood independently and that it possessed additional information to buttress its conclusions that it would announce only in eventual courtroom proceedings.”

That is a startling admission. “Open-source videos” of an alleged Buk convoy hardly constitute credible evidence to support the severe claims being made against Russia.

The mention too of using Bellingcat as a source is also deeply troubling. This self-styled “expert group” of amateur sleuths based in England, run by Eliot Higgins, has been notoriously collaborating with Western military intelligence to frame-up Syrian state forces and Russia over alleged atrocities. It specializes in peddling fake videos as used by the terrorist affiliate, the White Helmets. Anything that Bellingcat puts its name to should be treated with derision, not deference as the Dutch prosecutors have done.

Note too how the JIT claims to have “additional information” that it says it will present in a future courtroom. That’s not acceptable. It is making very grave allegations and innuendo against Russia in the present based on flimsy videos.

Furthermore, the Dutch and Australian governments are leaping ahead with threats of bringing criminal charges against the Russian government and demanding Moscow pay financial compensation to the crash victims’ families.

Such reckless adversarial positions are setting up a new geopolitical conflict with Russia based on prejudice and hearsay. Following the 2014 air crash, the US and Europe imposed a raft of economic sanctions on Russia, without any substantiation. The precedent has been set for even more sanctions following this week’s JIT report.

Just like the Skripal affair which resulted in 150 Russian diplomats being expelled by dozens of countries merely on the back of British assertions, Western governments and media are again finding Moscow guilty over the MH-17 tragedy, without any evidence or due process.

The same can be said with regard to a whole host of anti-Russia media campaigns: alleged electoral interference in Western states; alleged Olympic sports doping, alleged cyberattacks; alleged aggression against Europe; alleged violations in Syria; and so on and so on.

There is no due process here. The only process taking place is one of extreme, unrelenting provocation towards Russia.