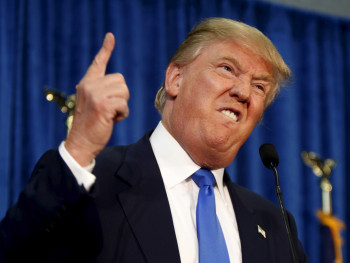 Thank Donald Trump and Bibi Netanyahu for higher oil prices, which spiked from around $40 to nearly $80 a barrel after the US president announced last week he was pulling the US out of the Iran nuclear deal. Israeli prime minister Netanhayu's signature is all over this.


Oil prices are now at levels last seen in 2014. The fear is that Iran's oil exports will suffer as a result of renewed US sanctions, resulting in a worldwide shortfall (even though Iran only accounts for 3% of global oil supply).

What this means for SA is rising fuel prices, a weaker balance of payments and higher interest rates. In other words, more poverty. You can thank Trump and Netanyahu for this outrage.

It looks like our hopes for reaching 2% growth this year can now be put to bed. Clive Eggers, head of Investment Analytics at GTC, says if the oil price continues to climb  - which it will if the US actions against Iran remain in place - and inflationary pressure builds, the SA Reserve Bank may be forced to raise interest rates to stabilise the economy.

South Africa imports its oil primarily from Saudi-Arabia, Nigeria and Angola. Higher oil prices will contract GDP by 0.3%, and could get worse if oil prices continue to rise - which seems likely.

“Trump’s announcement has essentially put the entire Middle East into a state of flux and risked a potential destabilisation of the area. The other signatories to the agreement have – for now – agreed to maintain the status quo and continue with the deal, though American sanctions would make it very difficult for many global companies – including MTN, Airbus, Total and Peugeot – who resumed doing business in Iran after the original nuclear deal was announced, to continue dealing with Iran,” says Eggers.

SA has strong historical ties with Iran, as it first started importing Iranian oil after World War II and has constructed refineries to accommodate Iranian light crude oil. Until 2011, when sanctions were imposed by the US, SA was the third biggest importer of Iranian oil.

Within days of pulling out of the Iran deal, we were treated to visuals of Israeli troops shooting unarmed Palestinian protesters with live bullets, while 50 miles away in Jerusalem Ivanka Trump was cracking open the champagne to inaugurate the new US embassy building.

SA's foreign minister Lindiwe Sisulu immediately recalled her ambassador to Israel in condemnation of the killings. The EFF wants the Israeli mission to SA shut down. The DA and the Jewish Board of Deputies "slammed" the ambassador's recall, but not the killings, which were merely "regretable". The Daily Maverick reports on the killing of "peaceful" protesters (note the parenthesis, a craven attempt at even-handedness). Other papers spoke of "clashes" between the Palestinians and Israelis. No. There were no clashes. It was a turkey shoot. This could turn out to be Israel's Amritsar or Sharpeville moment, a slaughter so ugly that the world can no longer look away.

It's getting hard to make sense of Donald Trump. It looked for a time as if he was Reagan 2.0, a right-wing pro-business president breathing fire and brimstone who miraculously brought an end to the Cold War with Russia.

Trump is nothing like Reagan. Reagan was more gas than propane. He pulled US troops out of Lebanon after a bomb attack on a US army station in that country, and dialled down the kind of crazy rhetoric were are now hearing whenever the subject of Russia comes up. Reagan, though he invaded Grenada for a bit of weekend sport, still managed to make the world a safer place. Trump may sincerely want better relations with Russia, but he is clearly hostage to the crazies in his government who need enemies to keep military spending faucets on maximum.

He twice ordered the firing of missiles into Syria in the last year over dodgy evidence of chemical attacks by the Syrian military. Netanyahu wants nothing more than to rid the region of Syrian leader Bashar al-Assad. A weakened Syria suits Israel. Trump then surrounded himself with some of the most reckless pro-war hawks that had been lurking in the shadows of the Obama administration, bringing the world once again to the brink on a superpower war. Russia has warned that it would retaliate should any of its troops in Syria be harmed. "Brinkmanship" has returned as official US policy after a three decade sojourn, though this time could easily spiral out of control.

In his election campaign, Trump promised better relations with Russia, but has since cycled back from this hopeful talk. Russia's entry to the Syrian conflict has virtually rid the country of jihadis, changing the dynamics of the region.

It was Trump's predecessor, Obama, who signed off on the Iran nuclear deal, which lifted sanctions on Iran in return for the latter limiting its nuclear activities. Trump always maintained it was a "bad deal" without offering any sound proof. Netanyahu is leading Trump by the nose with his cartoonish exaggerations of the Iran threat. The International Atomic Energy Agency and US intelligence have on numerous occasions confirmed Iran is in complaince with its nuclear obligations.

Remember this the next time you refuel your car, or have to pay higher interest rates on your mortgage bond.