Plunder Down Under: the rot in Australia's financial services 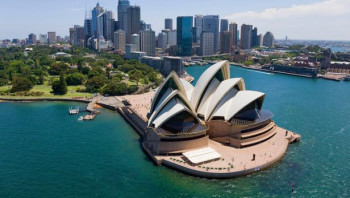 The place is Australia, but the pattern is the same we have seen here with in South Africa, with banks gouging their customers with merry abandon. It has all the elements of a crudely crafted, if effective, tale: banks and other financial services, founded, proud of their standing in society; financial service providers, with such pride, effectively charging the earth for providing elementary services; then, such entities, with self-assumed omnipotence, cheating, extorting and plundering their client, writes Binoy Kampmark.


This is the scene in Australia, a country where the bankster and financial con artist have been enthroned for some time, worshipped as fictional job creators and wealth managers for the economy.  Impunity was more or less guaranteed.  All that might be expected would be the odd sacking here and there, the odd removal, the odd fine and limp slap of the wrist. But then came along something the Australian government never wanted: a Royal Commission.

While Commissioner Kenneth Hayne’s Royal Commission into the Banking, Superannuation and Financial Services industry initially promised to be a fizzer, one that risked being stage managed into oblivion by a conservative former High Court justice, the contrary has transpired.  Even in its infancy, it has produced a string of revelations that have sent the financial establishment, and those supporting them, into apoplectic worry.

The Turnbull government, long steadfast in treating Australia’s banking and financial sector like a golden calf, has found itself encircled by misjudgement and error.  Former front bencher Barnaby Joyce had to concede error in arguing against a Royal Commission into the sector. “I was wrong.  What I have heard is [sic] so far is beyond disturbing.”

Ministers have been more mealy-mouthed, in particular Revenue Minister Kelly O’Dwyer who has given a string of performances featuring stellar denial and evasion. “Initially,” she told the ABC last Thursday, “the Government said that it didn’t feel that there was enough need for a royal commission.  And we re-evaluated our position and we introduced one.”

Such a view ignores a strain of deep anti-banking suspicion within some conservative circles – notably of the agrarian populist persuasion.  The National rebels George Christensen, Llew O’Brien and Barry O’Sullivan were repeatedly noisy on the subject.  (The unregulated free market sits uneasily with them.)

The undergrowth of abuse has proven extensive and thorny.  Clients, for instance, have been charged services they were never supplied; monitoring systems to ensure that such services were, in fact, being provided, have been absent.  Not even the dead have been spared, with the Commonwealth Bank’s financial business wing knowingly charging fees of the departed.

One revelatory report stretching back to 2012 from Deloitte found the Commonwealth Bank of Australia (CBA) particularly egregious on this score.  According to the authors, 1,050 clients were overcharged to the hefty tune of $700,000 for advice never received, as their financial planners had left the business prior to 2012.

At times, the hearings have made for riveting viewing.  Commissioner Hayne found himself in the position of reproaching Marianne Perkovic, head of the CBA’s private bank some three times for hedging responses to Michael Hodge, QC, senior counsel assisting the commission.  “You will get on better if you listen to counsel’s question – if you have to stop and think about the question do it – but listen to counsel’s question and answer what you’re asked.”

Perkovic had remained oblique on the issue of the CBA’s foot dragging – some two years of it, in fact – regarding a failure to inform the Australian Services & Investment Commission (ASIC) on why it did not supply an annual review to financial advice clients of Commonwealth Financial Planning.

Scalps are being gathered; possible jail terms are being suggested; promises of share holder revolts are being made.  The most notable of late has been AMP, whose board, after the resignation of chief executive Craig Meller risk a revoltfrom shareholders at a meeting on May 10.  “At this stage,” announced Australian Council of Superannuation Investors CEO Louise Davidson, “we are thinking of voting against the re-election of the directors.”

This is not the view of Institutional Shareholder Services, a proxy firm that maintains the front that caution should be exercised in favour of the three directors in question. Stick by Holly Kramer, Vanessa Wallace and Andrew Harmos – for the moment.

“Given that the Royal Commission is in its early stages,” go the dousing words of the ISS report, “and although information presented thus far would be of concern, it is considered that shareholders may in due course review the findings of the Royal Commission, once presented, and any implications for their votes on directors at the appropriate time.”

It is precisely such attitudes of disbelief, caution and faith that have governed Australia’s financial sector during the course of a religiously praised period of uninterrupted growth.  AMP’s value has been dramatically diminished, losing $4 billion from its market capitalisation.  In naked terms, this constitutes a loss of 24 percent of shareholder value over the course of six weeks. But that is merely one component of this financial nightmare, which has stimulated a certain vengeful nature on the part of shareholders.

What, then, with solutions?  The regulator suggests greater oversight; the legislator suggests more rigid laws of vigilance.  The penologist wishes to see the prisons filled with more white collar criminals.  Yet all in all, Australia’s financial service culture has been characterised by shyness and reluctance on the part of ASIC to force the issue and hold rapacity to account.  Central to such a world is a remorseless drive for profit, one that resists government prying and notions of the public good.

One suggestion with merit has been floated.  It lies deep within structural considerations that will require a return to more traditional operations, ones untainted by the advisory arm of the financial industry.

“Financial institutions,” suggests Allan Fels, former chairman of the Australian Competition and Consumer Commission, “must be forced to sell their advisory businesses.  This will remove the unmanageable conflict of interest inherent in banks creating investment products while employing advisers to give purportedly independent recommendations to consumers about their investments.” Now that would be radical.

Binoy Kampmark was a Commonwealth Scholar at Selwyn College, Cambridge. He lectures at RMIT University, Melbourne and can be reached at: bkampmark@gmail.com. Read other articles by Binoy. This article was originally published at Dissident Voice.