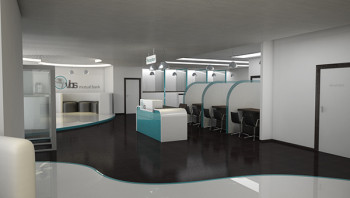 VBS, a small mutual bank with R2bn in assets, shot to prominence in 2017 when it awarded then President Zuma a R7,8m home loan. It has now been placed under curatorship by the Reserve Bank following a run by municipal depositors, who have been warned that they are violating the law by placing money on deposit with VBS, as it does not have a full banking licence, says Business Day.


The Reserve Bank has put tiny VBS Mutual Bank under curatorship. The bank ran into severe liquidity trouble after it failed to act on repeated warnings that its dependence on unlawful municipal deposits put it at risk.

The black-owned mutual bank, best known for the R7.8m home loan it granted former president Jacob Zuma in 2017, had continued to take deposits from municipalities, even after the Treasury warned six municipalities in August that it was illegal in terms of the Municipal Finance Management Act for them to bank with mutual banks, which have licences more limited than those of commercial banks, which have full banking licences.

The Treasury’s warnings prompted some municipalities to pull their money from VBS, which by mid-February was facing a run on its deposits so that it no longer had enough cash to meet its payment obligations. That triggered the Bank’s decision on Sunday to put it into curatorship.

Reserve Bank deputy governor Kuben Naidoo, who is also the registrar of banks, said on Sunday night that the Bank approached VBS’s two largest shareholders about a possible rescue plan to manage the liquidity situation, but after engaging with the management, the VBS board and shareholders “we don’t see any solution other than curatorship”.

Sizwe Ntsaluba Gobodo director Anoosh Rooplal was appointed curator, taking over management of the bank, which will continue to transact and collect on its loans, though deposits will be frozen, except for those of retail depositors under R50,000, which are guaranteed.

This is the first curatorship in SA since the Bank put African Bank under curatorship in August 2014 after a run on that bank’s money-market funds, which threatened to put SA’s banking system at risk.

However, unlike African Bank, which had a R50bn balance sheet, VBS is not deemed to be systemically significant at all, with a balance sheet of just more than R2bn. This has grown rapidly from R150m three years ago, with the bank using mostly short-term municipal deposits to support rapid growth in its lending book, much of which is in longer-term home loans, particularly in rural areas, with VBS also lending to small businesses.

Naidoo said the Bank had repeatedly warned VBS over the past 18 months that its approach was risky and not sustainable, and that it needed to review its business model and reduce its dependence on such large, short-term deposits.

Though VBS said in 2017 that it was applying for a full banking licence, Naidoo said its application was submitted only on 26 February.

The Bank has come under fire from VBS chairman Tshifhiwa Matodzi, who in a letter on March 9 accused Naidoo of targeting the bank because it was successfully owned and managed by black people, and for having granted Zuma a loan.

“In the end, we were faced with a well-organised and powerful system, which does not tolerate growing black banks and black excellence,” he wrote.

But Bank governor Lesetja Kganyago said on Sunday: “Whether you are black, white, pink or yellow if you have a banking licence you shall be supervised in terms of the banking legislation”.

Kganyago said the impression that the Bank was punishing VBS for being black-owned or lending money to Zuma was “simply wrong”.

“We do not get involved in the relationship between a bank and its clients,” a visibly annoyed Kganyago said.

Kganyago said VBS had had “increasing liquidity challenges” over the past 18 months, because the board of directors and executive management had failed to manage its “rapid” growth.

He said increasing deposits from municipalities had grown the bank. The problems were “exacerbated by the termination of other sizeable deposits and the inability to source sufficient funding timeously”.

“It was highly risky for VBS to take sizeable municipal deposits that were short-term and lend them out long-term.”

Kganyago said all deposits under R50,000 were available and accessible immediately. Those above this amount would still take some time to be processed.

“VBS will remain open for business. The curator will ensure that all loans are collected as part of a normal collection process, but also, importantly, that lending and transactional banking continues.”

Kganyago said power of the board and executive management had been moved to the curator.

“The [Bank] wishes to assure the public that the South African banking system remains safe, sound and adequately capitalised.”

Kganyago said VBS only applied for a full commercial banking licence last week, and that it takes between 12 and 18 months for an application to be processed.

The Treasury said on Sunday night that the finance minister had approved the recommendation to place VBS under curatorship “to nurse the bank back to health”, emphasising that the aim of curatorship — in contrast to liquidation — was ultimately to turn VBS around.

The rationale for restricting municipalities from placing funds into mutual banks was consistent with the objective of ensuring funds meant for service delivery were managed as responsibly as possible, the Treasury said. It would work with affected municipalities to determine the extent of their potential loss.

The Public Investment Corporation — the second-largest shareholder with a 25% stake in VBS — said it would work with the curator to find solutions to the bank’s problems. Twenty-one municipalities have deposits at VBS, most of them in Limpopo and North West.
.