How regulators play God, and fail 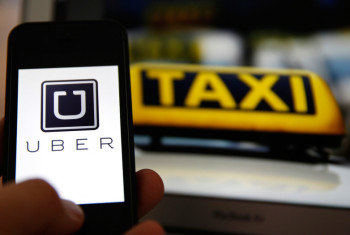 Regulations intended to protect the poor end up doing the reverse. The Reserve Bank is there to "protect the value of the ran". How do you think that has panned out? Credit regulators accuse Shoprite of reckless lending in a bizarre ruling that affected just 0,2% of loans. And taxi regulations encourage violence against Uber drivers, but the real target of that violence is you, argues Leon Louw of the Free Market Foundation.


There are three unrelated sets of control — on taxis, foreign exchange and credit — which expose a pervasive problem. Rhetoric that legitimises control seldom coincides with real-world consequences. More seriously, things are never controlled. All controls control you, often more directly and seriously than you might realise.

Last week, reckless regulators accused Shoprite of reckless lending. The national credit regulator employs people with virtually zero interest or proven competence in assessing the creditworthiness of debtors to do so.

The ruling proves it. National credit regulator officials and the National Consumer Tribunal, who pay no price for being wrong, think they are better judges of creditworthiness than experts whose livelihood depends on it. No one wants debtors to be more creditworthy than creditors.

Shoprite was fined for "reckless lending" after all supposedly "reckless" debts had been settled in full. Read that again. You may be forgiven for disbelieving it. Of Shoprite’s 50,000 credit agreements under consideration, nine (less than 0.2%) were recklessly and falsely presumed reckless. Reputational damage, which will be passed on to consumers as higher prices, might exceed R100m.

In an unsolicited confession, the tribunal admits implicitly that it recklessly compromised innocent consumers. Saying lenders are "reckless" implies that borrowers are unworthy, which was presumed without a chance to defend themselves. The "consequences" were "serious".

The greatest victims, as usual, are the poor. The National Credit Act keeps them poor and prevents transformation. In conflict with the stated objective of promoting credit for needy people, it forbids it and diverts it to the rich.

The national credit regulator publishes one-size-fits-none criteria, which, as its finding proves, are fatally flawed. The people victimised are those who need and deserve credit. The criteria do not distinguish between people wanting food, funerals or education and people wanting booze, brothels or debauchery. Social support, household incomes and life prospects are irrelevant.

Concern about money "leaving SA" is another example of counterproductive regulation. Regulators seem not to know that money never "leaves". The government is "fed up" with "obscene sums" leaving "illegally"? A phalanx of officialdom in 11 structures and more ganged up against imaginary perpetrators.

Where do they think these rand go? What happens when they "leave"? They come straight back. Person A takes rand out to sell to B to spend locally. Most rand "leave" as book-keeping entries, not bags of notes. All that happens when banked rand "leave", is that its owners change.

If a few rand really go elsewhere permanently, for instance to circulate in banana republics, we should be delighted. Less money locally is deflationary. It increases the value of local rand. Instead of lamenting money "leaving", the opportunity to create more without inflation should thrill the government.

Current hysteria is confined to real and imagined exchange-control violation. The real problem is control, not violation. It is hard to be polite about something so perversely absurd.

Our version of exchange control (nationalisation of foreign currency) is a relic of what Hitler’s Nazi regime concocted for oppression and discrimination. It was imported by the apartheid regime. It is supposed to "support" the value of the rand, at which it has always failed spectacularly. That is why all but 25 or so retarded countries abolished it.

Despite control, the rand plummeted 90% against stable currencies and continues falling. In 1960, R2 bought £1 ($2) and now buys £0.12 ($0.15). Exchange control is a national embarrassment. It works when unnecessary and fails when needed. After half-a-century of failure, antiquated advocates of antiquated controls should bow their heads in shame.

Faced with the potentially seismic arrival of nearly 1,000 cryptocurrencies, exchange control is more comical than ever.

The government can reduce exchange-control violation to zero by reducing exchange control to zero. Picture the gleeful grins of politicians and supplicants announcing triumphantly that, for the first time since apartheid, every cent that "left" did so lawfully.

Seemingly related concerns about "illicit" currency flows are not about money "leaving", but common or statutory crime regardless of borders. It is clear from the World Bank’s guide on Combating Money Laundering and the Financing of Terrorism that money laundering, terrorism, tax evasion and the rest are criminal whether they are national or international.

Since the government loves such apartheid dinosaurs as exchange control, it can reverse the tide by making the country more attractive. How to achieve that is not rocket science. All they need to do is look around the world and emulate what attracts wealth while scrapping what repels it.

The third example — and why you should never use a metered taxi again — is metered taxi violence against Uber drivers, cars and passengers. Never forget that the real target
of violence is you. They want to remove your right to choose.

The cause of prolonged microbus "taxi wars" and Uber violence is taxi regulation. Because "cruising" for passengers is forbidden, roads do not have safe-stopping places. Because roughly half the taxis arbitrarily have or are denied licences, insiders fight outsiders. Because metered taxis must have meters, they think Uber is "unfair".

Money, taxis, credit and goods, services and concepts are inanimate. Contrary to the language of control, such things are never controlled. People associated with them may be controlled. But they are relatively unimportant.

You are the target of controls. Virtually every aspect of your life is controlled — what agreements you may enter, what to consume, how to spend or invest your money, how to travel and which currency to use. You have diminishing choices, higher prices and taxes and red tape with lower economic growth. Never forget that all control is people control.

• Louw is executive director of the Free Market Foundation. This article first appeared in Businesslive.co.za.