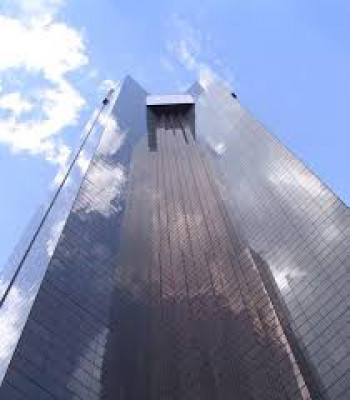 Former Reserve Bank employee and now senior economist at Efficient Group, Dawie Roodt, says there are 170 billion good reasons why the state would want to get its hands on the assets of the Reserve Bank, says Moneyweb.

Roodt says last year’s failed attempt by the public protector to alter the mandate of the South African Reserve Bank may be a prelude of what’s to come.

Assets worth R170 billion are reflected on the Reserve Bank’s balance sheet as belonging to the state – most of them unavailable for state spending. The state will have to borrow R224 billion in the current fiscal year to finance its budget, and will be looking for any cash it can lay its hands on.

Of the R170 billion Reserve Bank assets belonging to the state, R70 billion was accumulated when Trevor Manuel was finance minister and tax revenues exceeded budget projections. The economy was powering ahead and foreign inflows meant too much money was in circulation, with the danger that inflation would ratchet out of control. An amount roughly equivalent to R70 billion was transferred from the state to the Reserve Bank to take some of this money out of circulation, but with the agreement that this money could not be used for state spending in the future. It was a smart idea by Treasury, which seems to have anticipated that a future administration would make a claim on this money. These funds now sit on the Reserve Bank balance sheet as a liability to the state.

The Reserve Bank also holds about R100 billion in forex that belongs to Treasury, but this too may only be used for foreign currency transactions, and is not available for domestic state spending.

Roodt says the state would love to get its hands on this money to help solve some of its budgetary constraints: “R170 billion would solve a lot of problems, like SAA, Eskom and other state-owned entities, which have huge debt obligations falling due. I suspect this was the reason the public protector last year brought out a report recommending a change in the Reserve Bank’s mandate. Though this was rejected by the High Court, I believe we may see further attempts to weaken the Reserve Bank.”

Last year public protector Busisiwe Mkhwebane attempted to have the Constitution amended to change the Reserve Bank’s mandate, which is to protect the value of the currency. The Constitution also requires the Reserve Bank to perform its functions “independently and without fear, favour or prejudice”, but in consultation with the cabinet.

Mkhwebane also ordered Absa to repay a R1.12 billion Reserve Bank bailout stemming from its acquisition of Bankorp in the 1980s. Absa and the Reserve Bank are opposing this, and the matter is currently before the court. The attempt to alter the bank’s mandate was rejected by the North Gauteng High Court, but Roodt believes that this was not the final attempt to capture the Reserve Bank.

“This is not unique to SA,” he says. “Governments everywhere try to capture funds wherever they can find them. [With the state] having allowed state-owned companies to be run into the ground, and with nowhere else to look for extra money, it seems inevitable that the Reserve Bank would come under attack.”

There were also reports that the Gupta’s attempted to gain influence at the Reserve Bank by trying to employ retired executives with knowledge of the inner workings of the bank, which is required to oversee banking legislation, including money laundering and foreign exchange transactions.

Apart from the R170 billion in Treasury deposits and forex reserves belonging to the state at the Reserve Bank, there is quite a bit more that would solve some of the Treasury’s budgetary shortfalls. The Reserve Bank is also custodian of the country’s reserves, comprising mostly gold and other forex reserves. These reserves, translated back into rands, increase whenever the local currency weakens.

The value of these reserves now stands at about R240 billion, due to the weakness in the rand in previous years.

This kind of short-term solution would have longer term negative consequences: should the state gain access to these funds to plug holes in the budget, this would massively increase liquidity in the economy, and would unleash inflationary pressures. Assuming the Reserve Bank was still interested in protecting the value of the rand, it would have to drain some of this liquidity by issuing Reserve Bank debentures at a high cost — eventually for the account of the taxpayer. If the Reserve Bank chose not to drain liquidity, inflation would be the result.

“How does this end? It always ends in one of two ways,” says Roodt. “Either government cuts its spending, or it inflates away its debt. In most cases, it is the latter.”