SA's medieval legal system among the most expensive in the world 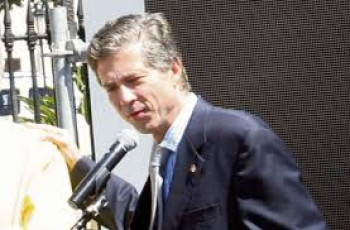 The late Mario Oriani-Ambrosini, formerly Inkatha Freedom Party’s justice spokesman, was a Constitutional expert and an advocate for sweeping reform of our justice system. In this article he argued that the comraderie between competing lawyers prevents them from properly representing their clients. He also called for an end to the practice of using advocates as sit-in judges on exactly the same grounds - they are likely to go soft on their legal collegaues at the expense of justice. Sadly, Oriani-Ambrosini passed away in 2014 from a self-inflicted gun wound, his body wracked with cancer. He made an indelible impression on SA's Constitution and legal landscape. He called for an end to the split bar system of senior and junior counsel, one of the reasons why SA lawyers are among the most expensive in the world. This article written in 2013 is perhaps even more relevant today.

The copious submissions received and inputs and public hearings were from lawyers. The clients, as consumers, had no voice. They should have been heard through their elected representatives, but most of the MPs on the committee are lawyers. It has therefore been difficult to question why we need to maintain the division between attorneys and advocates, and junior and senior counsels.

This system forces clients to hire three lawyers to perform work attended to by one lawyer almost anywhere else in the world. A client ends up paying for three generic lawyers where one specialised lawyer would do.

South Africa’s lawyers are among the most expensive in the world. Other professions were forced to come up to international standards after 1992. Because of its inherently insular nature, the legal profession did not.

The division of the legal profession into attorneys and junior and senior counsel is irrational. It is wrong to differentiate lawyers on the basis of seniority, for there is no basis to believe that an older lawyer is a better lawyer. It is also a violation of the principle of equality before the law. If litigants are to be equal before the law, so must their legal representatives.

The bill leaves unaddressed the aspects of the legal profession that would seem incestuous and repugnant to US or European lawyers’ binding rules of ethical conduct. Often our advocates are more concerned to be highly thought of by the colleagues who will foster their passage into silkhood than to represent their clients’ interests to the fullest.

Advocates refer to one another as "learned colleagues" and to the judge as "your lordship". This goes beyond mere pomposity as it shapes a mind-set in which cordial relationships with an opponent’s lawyer become more important than the zealous advocacy of one’s own client’s interests. Clients come and go, but the brotherhood of advocates remains.

The racial transformation of the judiciary has often placed a new breed of young lawyers into the same stagnant mould of old British practices, which survived in England because of its chronic affectations but has long been abandoned elsewhere in the modern world.

The arrangement of advocates working in the same building and close chambers creates a proximity that breeds potential conflicts of interests. The abolition of the split bar should pave the way for the formation of law firms impermeable to conflicts and in which some lawyers may specialise as litigators.

The practice of having lawyers acting as judges should also be terminated as it prompts lawyers to be nicer to colleagues than their clients would wish them to be, just in case one of their colleagues ends up on the bench.

The divide between judges and lawyers should also become impermeable once their respective jobs become more sharply differentiated.

The bill relies on a government-based approach in keeping lawyers honest and faithful to their clients’ interest.

A proper reform of the legal profession should create a much-needed delict of legal malpractice based on, and backed by, enforceable high canons of professional ethics and responsibility. This would make lawyers accountable to their clients for their professional negligence, while rendering unethical actions and/or negligence actionable by other lawyers specialising in legal malpractice.

Originally, the advocates’ profession was a medieval guild. It still employs anticompetitive rules such as the prohibition of dealing with clients directly, discounting fees without the bar’s approval, or consulting outside chambers. Parliament adopted a report of its trade and industry portfolio committee requesting the Competition Commission to look into such practices, but the bill prevents this work by entrenching current practices.

It is time to abolish the split bar and the differentiation between junior and senior counsel, so that, as in other countries, lawyers can be identified in the marketplace as good or bad, irrespective of their age, and so people can finally receive the best possible and most affordable legal services to enhance both justice and economic
growth.

• Oriani-Ambrosini was the Inkatha Freedom Party’s justice spokesman at the time this article was written.