Mining charters are unconstitutional and must be scrapped - lawyer 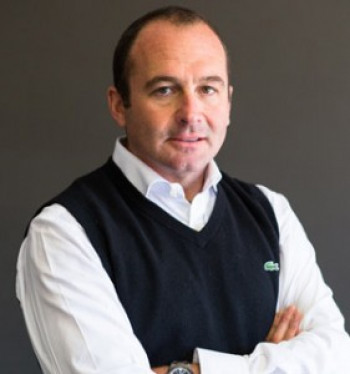 Mining lawyer Hulme Scholes has brought an application before the Johannesburg High Court to have all three versions of the Mining Charter set aside on the grounds that they are unconstitutional. The government needs to replace the charters with law which will remove political interference from the policy process, says Mining Weekly.


There appears to be new political resolve to mend the relationship between the mining industry and the Department of Mineral Resources, says specialised law firm Malan Scholes director Hulme Scholes.

Speaking at the IHS Markit South African Coal Export Conference, in Cape Town, the veteran lawyer noted that “with the new energy blown into the industry by African National Congress president Cyril Ramaphosa”, he hopes for the current litigation surrounding the Mining Charter III to lead to it fading away and for “something more sustainable” to be implemented.

“[Further], for the first time . . . we will see the trust deficit between the mining industry and department close, with hopefully [a sustainable policy] that can transform the industry to benefit everybody,” he averred.

The Chamber of Mines’ (CoM’s) application to have the charter set aside has been postponed to February 19. The basis of the CoM’s case is the lawfulness and constitutionality of several clauses of the reviewed charter, as well as the lawfulness of the charter as a whole.

According to Scholes, the charter “is unconstitutional, it is a skittle put up to be knocked down . . . it is not designed to survive, while the rot in the Department of Mineral Resources must be sorted out and Minister Zwane must go”.

He added that, while the charter has been suspended, he would soon hope to see engagement between the CoM, interest groups and government “to draw a line through the Mining Charter III, evaluate where we are now and how effective charters I and II were and to learn from them to develop a new charter”.

“If we have a change in attitude from government and return to administering industry as opposed to taking political decisions . . . the conflict will dissipate,” Scholes said, noting that change may come soon and that the trust deficit would hopefully start to close.

Scholes, however, acknowledged that he was not sure how long it would take to review and set the charter aside.

He noted that the court application is “very much alive”, having been granted a degree of locus standi (the right to bring an action or to appear and be heard in court) to take on the Minister.

Scholes’ application is for the Mining Charter I, II and III to be reviewed and to be set aside on the basis that the charters are policy and not law.

“The problem is that the government is taking punitive sanction against people for alleged noncompliance with a policy as opposed to law,” Scholes said, noting that if the charter was law, it would “fly in the face of the rule of law”.

A key theme in Scholes’ notice of motion would be to compel the Minister of Mineral Resources to amend the Minerals and Petroleum Resources Development Act (MPRDA) within 18 months to provide for transformation in the industry.

He avers that the charter, in its current form, does the opposite of promoting and trying to achieve transformation and black entrepreneurship in the industry. Scholes explained that it made no commercial sense for historically disadvantaged South Africans to be locked in, in terms of selling their shareholding.