How Royal Bank of Scotland trained employees to forge signatures 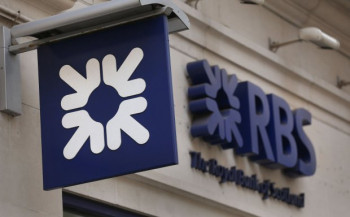 Royal Bank of Scotland (RBS) employees were trained to forge signatures on documents and fabricate financial instruments on a routine basis to foreclose on homes they couldn't prove they owned. They also pushed struggling businesses into liquidation and then sold the assets for a profit - all to boost bonuses. One great grandmother nabbed the bank forging her signature to take out an insurance policy shje never asked for. This, by the way, has been going on in numerous cases in SA, with the courts turning a blind eye. It's time for bank whistleblowers to step forward.


Fraud for the first time in history has been institutionalised into law.

It is foolishness to believe that the banking industry is trustworthy and that they have the right to claim legal presumptions that their fabricated documents, and the forged documents are valid, leaving consumers, borrowers and in particular, homeowners to formulate a defense where the banks are holding all the information necessary to show that the current foreclosing parties are anything but sham conduits.

Here we have confirmation of a practice that is customary in the banking industry today — fabricating and forging instruments that sometimes irreparably damage consumers and borrowers in particular. Wells Fargo Bank did not accidentally create millions of “new accounts” to fictitiously report income from those accounts and growth in their customer base.

Across the pond the signs all point to the fact that the custom and practice of the financial industry is to practice fraud. In fact, with the courts rubber stamping the fraudulent representations made by attorneys and robo-witnesses, fraud for the first time in history has been institutionalized into law.

RBS here is shown in one case to have forged a customer’s signature to a financial product she said she didn’t want —not because of some rogue branch manager but because of a sustained institutionalized business plan based solidly on forgery and fabrication in which employees were literally trained to execute the forgeries.

The information is in the public domain — fabrication, robo-signing and robo-winesses testifying in court — and yet government and the courts not only look the other way, but are complicit in the pandemic fraud that has overtaken our financial industries.

Here are notable quotes from an article written in the UK by J. Guggenheim in the Daily Mail published 2-17-18.

Once upon a time, in a land far, far away- forgery, fabrication of monetary instruments, and creating fake securities were crimes that would land you in prison. If you forged the name of your spouse on a check it was a punishable crime. The Big Banks now forge signatures and fabricate financial instruments on a routine basis to foreclose on homes they can’t prove they own, open accounts in unsuspecting customer’s names, and sign them up for services they don’t want. If this isn’t the definition of a criminal racketeering enterprise- what is?

RBS, following the Wells Fargo Forgery model, conceded that a fake signature had been used on an official document, which means a customer was signed up to a financial product she did not want. RBS’s confession comes only two weeks after whistle-blowers came forward claiming that bank staff had been trained to forge customer signatures. [e.s.]

The confession comes only two weeks after The Scottish Mail on Sunday published claims by whistle-blowers that bank staff had been trained to forge signatures.

At first, RBS strenuously denied the allegations, but was forced to publicly acknowledge this was likely a widespread practice. [e.s.] The bank was forced to apologize publicly after retired teacher Jean Mackay came forward with paperwork that clearly showed her signature was faked on a bank document. The great-grandmother was charged for payment protection insurance (PPI) back in 2008 even though she had declined to sign up for the optional product.

At first the bank refunded her fees but refused to admit the document was forged. [e.s.]A forensic graphologist confirmed the signatures were 'not a match', forcing the bank to concede and offered her a mere £500 in compensation for their fraudulent act.

Forensic Graphologist Emma Bache, who has almost 30 years' experience as a handwriting expert, examined the document and said the fundamental handwriting characteristics do not match.

The Banks in Britain, Australia, New Zealand and Canada, along with the United States include forgery and fabrication in their business models to increase profits. Why shouldn’t they? There is NO THREAT because they know they will not be held accountable by law enforcement or the courts- so they continue to fleece, defraud, and steal from their customers.

Homeowners must force an urgent investigation into claims of illegal practices by the banks. Wells Fargo is not doing anything that CitiBank, JPMorgan Chase, Bank of America and others aren’t doing. To remain competitive in an unethical marketplace, you almost have to resort to the same fraudulent tactics.[e.s.]

However, whistle-blowers have now revealed that managers were coached on how to fake names on key papers. Whistle-blowers said that staff members had received ‘guidance’ on how to download genuine signatures from the bank's online system, trace them on to new documents then photocopy the altered paperwork to prevent detection. When in fact the bank taught its employees how to engage in criminal conduct.

Although clearly against the law, the whistle-blowers claim it was “commonly done to speed up administration and complete files.” Just like American banks forge notes and assignments to ‘speed up foreclosures and complete files.’ They claim the technique was also used to sign account opening forms — and even loan documents. [e.s.]

According to Justia.com, the “criminal offense of forgery consists of creating or changing something with the intent of passing it off as genuine, usually for financial gain or to gain something else of value.” This often involves creation of false financial instruments, such as mortgage notes, assignments, checks, or official documents. It can also include signing another person's name to a document without his or her consent or faking the individual's handwriting. Forgery often occurs in connection with one or more fraud offenses.