How Bank of Baroda's misadventures dragged it into SA's political crisis 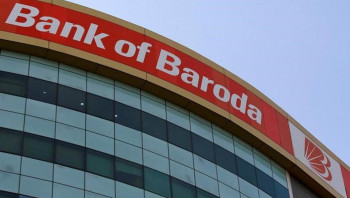 A scandal involving Bank of Baroda’s South Africa operations, a cabal of businessmen of Indian origin, and South African President Jacob Zuma, has undermined the reputation of India’s second largest bank and resulted in an unprecedented penalty by the South African Reserve Bank, according to Hindustan Times.


In June 2017, an anodyne footnote to the Bank of Baroda’s (BoB) quarterly results mentioned a fine levied by the South African Reserve Bank (SARB), headquartered in Pretoria.

The sum — Rs 5.45 crore (R11m) — was insignificant for an institution the size of BoB. No further details were given; the penalty passed unnoticed in India.

But in South Africa, the SARB’s actions suggested BoB’s involvement in the “State Capture” scandal: an avalanche of allegations that President Jacob Zuma was under the sway of three brothers from Saharanpur, Uttar Pradesh — Ajay, Atul, and Rajesh Gupta, collectively known as “The Guptas”.

As the scandal continues to unfold, BoB’s role as the Gupta family’s banker of choice for their most controversial deals, has attracted increasing attention from South African regulators, investigators and the press.

An example: As early as 2010, BoB financed the purchase of a luxurious house that was bought in the name of President Jacob Zuma’s fourth wife, but paid for by the Guptas through BoB accounts operated by secretive trusts.

And as late as November 2016, an investigation into the Guptas’ controversial purchase of a coal mine by the South Africa’s Public Protector, a constitutional public ombudsman, found that “the conduct of the Bank of Baroda appears highly suspicious” in the bank’s role in underwriting the deal.

BoB stood by the Guptas as four major South African banks shut their bank accounts in 2016 on the grounds that anti-money laundering laws made it too risky to do business with the family. While BoB executives say they began to “exit” their relationship with the Guptas in July 2016, the bank sent out account termination notices a full year later in July 2017.

The Guptas took the bank to court.

At the time of going to press, BoB was stuck with the accounts of at least 35 Gupta companies according to the most recent court disclosures.

What follows is an inside account of how a culture of wilful blindness in BoB’s South Africa operations exposed India’s second largest bank to a damaging investigation in a foreign jurisdiction.

Bank executives sought personal favours from the Guptas and enjoyed their hospitality, emails show, while the family used BoB accounts to funnel millions through an international network of secretive companies and trusts.

Personal favours aside, the systemic shortcomings identified by the SARB audit lead back to BoB’s compliance department in Mumbai, raising questions about the bank’s operations in India and across the world.

South African investigators now are probing if the money in these accounts included kickbacks for prominent South African politicians for awarding dodgy government contracts to the Guptas.

In October 2017, the Financial Times reported that American authorities had begun probing the Gupta family as some of these transactions were in US dollars, raising questions of how much BoB knew, and what action, if any, the bank took?

Today, as the Indian government prepares to pump Rs 88,100 crore into the country’s ailing public sector banks, of which BoB will get Rs 5,307 crore, the bank’s actions in South Africa offer a sobering glimpse of how some of India’s biggest banks may be doing business.

When HT sent BoB a detailed questionnaire, the bank arranged two interviews with CEO PS Jayakumar, only to cancel both meetings without explanation at the last minute. BoB has not responded to repeated requests for comment on the events described below.

HT also wrote to the Gupta brothers, their family lawyer, and the South African High Commission in India, but did not receive a response.

A House for Mrs Zuma

On June 29, 2010, Bank of Baroda signed off on a mortgage of ZAR 3,840,000 (approximately Rs 2 crore at current exchange rates) for a residential property in Waterkloof Ridge, a leafy suburban neighbourhood with some of the most expensive real estate in Pretoria. The loan, mortgage documents reviewed by HT reveal, was to be repaid in monthly instalments of ZAR 79,715.

It was unusual for BoB to offer this home loan in South Africa, as the bank did not offer retail banking services and its primary products in the country were fixed deposits, trade credit and overdraft facilities. Stranger still was that the loan was granted to Sinqumo Trust, whose primary trustee was Bongekile Gloria Ngema Zuma, the fourth wife of Jacob Zuma, the President of South Africa.

The documentation included a declaration by Ngema Zuma, under South Africa’s Financial Intelligence Centre Act of 2001, that the loan was to finance the purchase of the house, and the money used to repay the loan was her own.

Yet transaction details and emails reviewed by HT suggest that the loan was repaid by the Guptas by routing regular payments to Sinqumo’s BoB accounts via an entity called Mabengela Investments, a trust controlled by Duduzane Zuma and Rajesh “Tony” Gupta.

An email by Ugeshni Naidu, an accounts officer for the Guptas, shows how this worked: In a mail dated February 8 2012, Naidu lists a cascading array of transactions in which a large sum of money is moved between three Gupta fronts before ZAR 65,000 is transferred to Mabengela, and then from Mabengela to Sinqumo’s BoB current account, and from the current account to the BoB’s mortgage account.

HT found 17 such emails, including one in September 2013, in which a lump-sum of ZAR 535,000 was transferred from Mabengela to Sinqumo.

These transactions correspond to what money laundering experts call ‘structuring’, where large sums are broken into smaller transactions to evade detection, ‘layering’, in which the money moves through multiple companies to remove links to its source, and ‘integration’, where layered funds are gathered in a seemingly innocuous investment – like buying a house.

“By this stage it is practically impossible to trace the funds to its originator or illicit origins except as ‘disproportionate assets’,” said M Nanda Kumar, a London-based anti-money laundering specialist, who declined to comment on specific Gupta transactions.

BoB internal documentation, viewed by HT, lists Sinqumo as a Gupta affiliated entity, indicating that the bank knew the Guptas, the Zumas, and Sinqumo Trust were connected, and of the complications this posed, yet went ahead with the loan anyway.

“A loan to a President’s wife, in a foreign country, serviced by a private company, is an immediate red flag,” said Hemindra Hazari, an independent banking analyst, “As an Indian, government-owned bank, Bank of Baroda should not have touched this loan.”

A former BoB official put it more bluntly: “Imagine a purchase of a house for the wife of a prominent Indian politician, involving Chinese businessmen and a loan from a Chinese state-owned bank,” the official said. “How would that look?”

The purchase of Mrs Zuma’s house is not the only controversial Gupta deal underwritten by Bank of Baroda. The bank underwrote progressively riskier Gupta deals until it caught the attention of South African regulators.

Indians with a Business Plan

Bank of Baroda’s Africa connections date back to 1953, when the bank opened its first foreign branches in Mombasa and Kampala to cater to traders from the Gujarati diaspora.

The bank opened shop in South Africa in 1997 in Durban, another diaspora hub, followed by Johannesburg in 2007. Ajay, Atul and Rajesh Gupta moved from Saharanpur, Uttar Pradesh, to South Africa in the mid 1990s, and opened their first South African BoB account in 2005, court documents show.

Over two decades starting in the 1990s, the brothers used their business acumen and political connections to build an empire spanning everything from computer peripherals to uranium mining, and lucrative government contracts.

“Our international operations go where the Indian diaspora goes,” said a BoB executive seeking anonymity, “So when the Guptas came to us, we just saw them as Indians with a business plan.”

Over the next decade, the client-banker relationship would deepen to the point where senior bank executives tasked with monitoring Gupta accounts were instead asking for personal favours from their riskiest client.

On January 30, 2013, Ashu Chawla, a key Gupta aide, sent an email to Jack Monedi, Chief Director of Permits at South Africa’s Department of Home Affairs, requesting him to expedite the renewal of the work permit of Ramesh Salian, a senior manager at the Johannesburg Branch, who oversaw the Gupta loan accounts.

The trailing mails contained a long-running correspondence between Salian, from his official BoB email address, and Monedi’s department, regarding a waiver of certain technical requirements for Salian’s visa.

Chawla’s mail to Monedi was direct:

As discussed, I request you to sign the below waiver tomorrow. Thanks

Salian got the waiver on February 22, 2013, and a new work permit, signed by Monedi, soon after.

Two years later, in July 2014, Salian sent another email from his official BoB email account to the Guptas — this time to get a study permit for his daughter to pursue a degree in South Africa.

Chawla forwarded the email right away to his boss Rajesh “Tony” Gupta, saying “This is the CV I received for BoB Chief Manager son; please advise how to go further.”

Tak wrote back a week later with a return ticket on Emirates in Archit’s name: Delhi to Johannesburg on May 10, 2014, with a return two months later on July 19, 2014.

BoB’s chief executive for South Africa, Murari Lal Sharma’s name appears in a hotel bill for at Taj Palace Hotel in New Delhi, dated July 24, 2015, for two nights in Room 872 as a guest of Rajesh Gupta. Other guests on the same bill include Duduzane Zuma — President Zuma’s son, and co-owner of the house that BoB provided the mortgage for.

Murari Lal Sharma, is now a General Manager at BoB’s corporate office in Mumbai, where he heads the asset recovery division.

If these allegations were proved true, Hazari the analyst said, “It would appear that BoB’s senior management was asleep at the wheel, while executives at Johannesburg were complicit.”

The Guptas gradually came to account for a disproportionate share of BoB’s South Africa business, to the point that it posed a risk to the bank.

“When we go into a foreign country, we don’t do loans where only one party accounts for 40% of our book,” said another BoB executive, speaking off record. “We don’t involve ourselves with risky clients. We don’t do business we don’t understand.”

But in South Africa, it seems BoB did.

Email records suggest that the bank’s exposure to the Guptas was even higher than what was reflected on the books.

A CBI spokesperson said a chargesheet has since been filed.

Everest Global Metals is not a known Gupta company; BoB court documents listing all Gupta-related accounts held by the bank make no mention of Everest. Yet, much like Zuma’s house, the Guptas made the monthly interest payments on Everest’s BoB loan.

Emails reveal BoB would send Everest a monthly statement on the loan, which Everest would forward to the Guptas. The money would then be wired from JIC — a Gupta company — to Everest, who would settle accounts with the BoB.