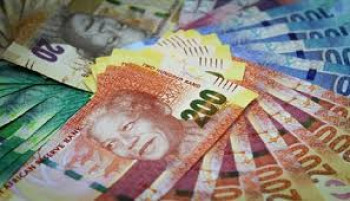 Here is a summary of some key highlights from the Budget speech today, provided by executives of GTC.

“The balancing act that the minister had to perform is very evident in the 2018/2019 budget this afternoon.”
Clive Eggers, Head: Investment Analytics at GTC;

“GTC is pleased to note that the Minister’s attempt to adopt a policy of fiscal prudence included not only improved revenue collection but a significant attempt to reduce government spending too.”
Manty Seligman: Director: Asset Management at GTC

“Markets and rating agencies reacted badly to the MTBPS net shortfall of R50billion in October 2017. Despite acknowledging the seriousness of the fiscal situation and the risk of further ratings downgrades, the ANC government’s adoption of free education promise has resulted in little improvement on the shortfall situation, now estimated at R48billion. In doing this they have done little to reduce the risk of exposing the country to increased borrowing costs due to downgrades and a low growth trajectory.”
Clive Eggers, Head: Investment Analytics at GTC;


“Whilst no explicit Wealth Tax has been introduced in this budget, the redistribution of wealth from the ‘haves’ to the ‘have nots’ is evident in several places including a higher allocation of inflation adjustment to higher income tax brackets.”
Clive Eggers, Head: Investment Analytics at GTC;


On increasing the fuel levy and sin tax increases:
“The fuel levy has increased by 52c/L with 30c/L going towards the Road Accident Fund and 22c/L directed toward the general fuel levy. These increases will – as always - be felt across all sectors of the economy with the poorest feeling the biggest impact.”
Clive Eggers, Head: Investment Analytics at GTC;

“Sin taxes have once again been increased between 6% and 10%, along with the introduction of Sugar Tax. The effect of this introduction and increase will not carry as heavy a burden for the poor as it will for the rich, who can still afford these luxuries.”
Clive Eggers, Head: Investment Analytics at GTC;


On VAT increase to 15% on 1 April 2018
“The VAT hike from 14% to 15 % was not unexpected.  This is estimated to generate an additional revenue in excess of R 30 billion, which represents the first VAT increase since 1993. The Minister has attempted to reduce the potential political risk of the VAT hike by increasing social grant allocation and providing free education for poor households.”
Manty Seligman: Director: Asset Management at GTC


On the NHI
“The NHI was allocated an additional R 4.2 billion which will be funded by an amendment to the medical expenses tax subsidy. The tax credits for 2018/2019 tax year are R 310 for the main member and 1st dependant, and thereafter R209 for each dependant. It is a welcome relief that this allowance was not removed altogether as was alluded to in some of the discussions leading up to the Budget.”
Jill Larkan, Head: Healthcare Consulting at GTC


On restructuring SOEs
“The Minister has opened the door to restructure SOE’s either by sale of government assets or by making them sustainable through the provision of partnerships with the private sector thereby creating sustainable economic entities. This potential shift in the government’s stance on SOEs represents a positive development which could significantly improve the fiscal situation of the country in coming years.”
Manty Seligman: Director: Asset Management at GTC