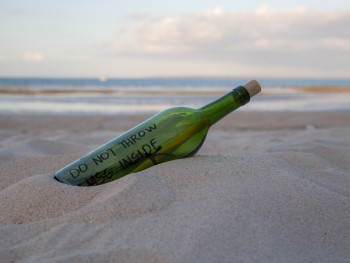 As we launch into the New Year, there are some positive developments to consider as we ponder the plight of over-indebted consumers, the push-back against entitlement politicians, and the message trickling across the Limpopo from Zimbabwe as it confronts a glimmer of hope.


The change of leadership in Zimbabwe is a signal to the rogues in our own country who expect to lead forever, as if this were an heirloom of entitlement.  Adolf Hitler promised the 1,000 year Reich, Ian Smith of Rhodesia said his racist party would likewise rule for 1,000 years, Jacob Zuma said the ANC would rule till Christ returned. It’s time to start counting the days and months whenever some fool politician starts making predictions.

Old man Bob Mugabe has gone, along with his wife and entourage, and the new incumbent, Emmerson Mnangagwa, promises free and fair elections and a revitalised economy. Hell, they’re even talking of giving some stolen farms back to whites. I’m betting on Zim becoming the great African success story of the next five years, regardless of which party eventually rules. Mnangagwa is no saint, as the families of slaughtered Ndebele in the early 1980s will tell you (when upwards of 20,000 supposed political opponents were shot or buried in mine pits), but he understands what has to be done to claw the country back from the brink of outright ruin that it has faced for close on 15 years.

There is no other way out of this mess: Zimbabwe has 90% unemployment, and the only way to create jobs is to let the private sector in. A SA-style Truth and Reconciliation Commission is needed to expose the architects of the plunder and fratricide that sent nearly half the population into exile. That’s a crime against humanity, and while the army cleaves tightly to Mnangagwa’s tailcoat, this will not happen. But in time it will.

Meanwhile, foreign investors are waiting on the sidelines, but they will not jump until there are solid assurances that their property will not be confiscated by arbitrary indigenisation rules and policy changes. This realisation will eventually trickle across the Limpopo to SA, where investment has similarly evaporated.

A European ambassador on a recent visit to SA pointed out that for all the stories of corruption and theft leaking out in the press, what will save SA is… (drum roll)… a free press. That these matters are openly discussed in SA has saved it from going the way of Burundi and, indeed, Zimbabwe. If you think this is overly dramatic, read How to Steal a City by Crispian Olver and The President’s Keepers by Jacques Pauw. Then you will understand how close the country came to takeover by criminals.

I doubt SA’s next likely leader Cyril Ramaphosa will “drain the swamp” (to borrow a Trumpian phrase) and rid the country of the institutionalised kleptocracy nurtured under Jacob Zuma, but he will put on enough of a show to keep the party faithful in line before the 2019 election. If the ANC does win next year’s presidential elections, it will have to rely – like Zanu-PF to the north- on the rural vote. Joburg, Port Elizabeth, Cape Town and Pretoria are lost to the ANC, and it’s likely a few provinces will slip out of its grasp. There is a slim chance the DA and Economic Freedom Fighters in alliance could pull off a miracle and put the ANC onto the backbenches in 2019. That would be fun to watch, and would be an open declaration of war on the ruling party, with jail time for corrupt politicians.

There’s no question the Democratic Alliance is doing a better job of governance in the major cities, but it could hardly do worse than the ANC before it. Joburg mayor Herman Mashaba keeps pointing to the R16bn in corrupt tenders awarded by his predecessors, and he will keep pounding this message as long as it yields blood.

So much for politics. The average South African is bleeding from over-indebtedness and a medieval debt recovery system that trashes human rights (allowing banks to take away your house when you are three months in arrears – illegal in most other countries). I see some glimmer of hope here too. The Parliamentary Standing Committee on Finance held hearings last year and recommended a change in the court rules, preventing repossessed homes from being sold at auction without a reserve price. This stops homes from being sold for R100 at auction, leaving the borrower without a home and still owing a massive debt to the bank.

These changes have already been published in the government gazette, a clear victory for the consumer.  The Standing Committee on Finance also pointed out that consumers are at a clear disadvantage when it comes to litigating against the banks, and wants a fund put in place to level the playing field. In other words, should you want to defend a summons against the bank, in future you will have a better chance of funding that defence – paid for by the banks themselves. That’s also great news.

There will be some other cases coming to the courts this year that will be remembered as watershed moments in the legal history of SA. More about that in future articles.

There is another development that poses perhaps the greatest risk for banks, though they have scarcely apprehended this: Crypto-currencies. Consider that Bitcoin’s market capitalisation is currently $250bn, alongside R110bn for Ripple and several hundred billion more for all the others. This is money that has been sucked out of the financial system. Sure, it returns to the banking system as these cryptos are bought and sold, but that will not always be the case. The next evolution will see the banks being completely by-passed (or disintermediated in banking-speak) as more businesses accept payment in crypto-currencies. In the very near future you will enter a restaurant and the menu will be priced in Rands, USD, Bitcoin, Ripple or Litecoin.

This cannot end well for some banks. It cannot end well for countries like SA that impose restrictions on the movement of money overseas. And there are cryptos that are now in circulation, such as Minauro, that make it impossible for regulators to track.

Meanwhile, a new class of super-rich are being created. Ripple founder Chris Larsen is reckoned by Forbes to be worth $37bn, more than the founders of Google. He pulled this off in little more than two years.

What’s happening in the crypto-currency space is akin to the start of the internet 20 years ago. We’re not quite sure where it is taking us, but it’s going to be a wild ride. Some cryptos will fail, others will triumph. Wherever this is going will certainly leader to greater freedoms from the surveillance state and, boy, are we overdue for some of that.