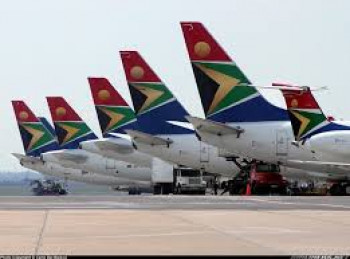 If SAA were a privately-owned company, it would be shipped to the knackers' yard. It is hopelessly insolvent. The airline's new CEO Vuyani Jurana outlined to parliament's standing committee on finance, and it was not a pretty picture. Even after getting another R10bn lifeline from Treasury in March, the airline will have outstanding debt of R13,8bn and expects to post another loss of R5,6bn for 2018. Perhaps it is time to wind it up and sell the brand to a more competent airline operator.


New CEO Vuyani Jurana has made a strong case to wind up SAA. In a presentation to Parliament's standing committee on finance late last year, Jurana listed results and reasons for SAA’s crisis that would send any private company straight into liquidation and have creditors rushing to call in loans.

Therefore questions about the competency of the new SAA Board and CEO, or the restructuring plan or efforts to root out corruption, are irrelevant. Inadvertently Jurana has already answered the question as to whether SAA should be retained with a resounding no.

Jurana said that even with a government injection of R10 billion expected in March, SAA will remain under-capitalised with over R9 billion in negative equity, outstanding debt of R13.8 billion and rising, and with loans to domestic lenders and the US’s CitiBank of R4 billion due by March 2018. He said that the loss for 2016/7 is R5.6 billion and not the R4.6 billion previously forecast (or an even earlier forecast of R2.8 billion). Revenue came in at R14.5 billion, nearly R1 billion lower than the budgeted R15.4 billion.

He then proceeded to give a stark list of problems and reasons for SAA’s lack of profitability and dependence on debt. These underline why SAA is not and can never be a commercially viable going concern, certainly not without the lifeline of more billions in loans and guarantees.  These problems include:

Jurana said that replacing the fleet could only be addressed once SAA makes a profit and that relying on the turn-around plan is a Catch 22 situation because competitors are moving forward with modern fleets. Given that SAA is not going to make a profit any time soon and cannot compete without a new fleet, it makes nonsense of any talk of SAA becoming commercially viable.

In effect, the CEO has admitted that SAA cannot be saved. He went further to ground the airline saying that the aviation outlook is weakening; overcapacity in the Middle East would lead to a decrease in average fares; cargo revenues are declining faster than passenger revenues; Turkey is building the biggest airport in the world, and Middle Eastern countries are creating regional economic aviation hubs. Given the challenges cited above and being at a geographical disadvantage stuck at the bottom of Africa, SAA is in an impossible position.

SAA has failed. It is in an endless cycle of losses and debt. Its problems are just too big to resolve. Any private company facing similar problems and with a 5-year record of making massive losses would be liquidated and sold off.

One of the headaches for Treasury is the size of government’s total guarantees to all state-owned enterprises (SOEs), which now stands at approximately R470 billion and poses a serious threat to SA’s credit rating. Before repayments were made to CitiBank and local lenders, SAA’s government guarantees stood at R19.1 billion. If SAA defaults on a loan, this would have a domino effect of triggering not only the call-in of all remaining loans to SAA, but also a cross-default call-in of other loans against government guarantees to SOEs. This would do serious if not fatal damage to the economy. In short, government cannot afford to let SAA fail while it has billions in outstanding SOE loans. However, keeping SAA in the air will cost R20 to R30 billion over the next 5 years. Something the taxpayers cannot afford.

Free Market Foundation executive director Leon Louw said, “SAA has crash landed and must be wound up. Even after the R10 billion bailout more public funds will be required immediately just to keep the airline flying. This is madness. Nothing justifies this kind of fiscal recklessness. Bailing out SAA subsidises the rich to fly at the expense of the poor by diverting funds, which should be for essential spending on basic infrastructure, education, healthcare, sanitation and more. Think about that next time you book on SAA.”