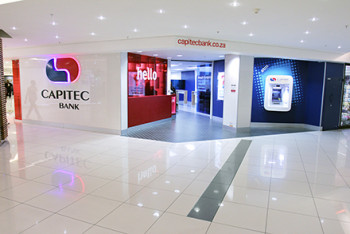 Viceroy Research, which last year highlighted accounting irregularities at Steinhoff and brought it to its knees, has this time shone a light on Capitec Bank, calling it a “loan shark with massively understated defaults masquerading as a community finance provider”, according to this article in Business Day. But Capitec has gone on the offensive, claiming Viceroy has got its sums wrong and is its negative report is driven by profit motive.


Capitec Bank is the latest target of Viceroy Research – the team that produced an explosive report detailing how Steinhoff cooked its books to hide losses and inflate earnings.

In a report released on Tuesday morning, Viceroy describes Capitec as a “loan shark with massively understated defaults masquerading as a community finance provider”.

“We believe that the South African Reserve Bank and minister of finance should immediately place Capitec into curatorship,” it says.

However, the Reserve Bank said that, based on available information, Capitec was solvent, well capitalised and had adequate liquidity. “The bank meets all prudential requirements,” the central bank said in a statement on Tuesday.

Capitec CEO Gerrie Fourie said: “We have taken note of the Viceroy Report on Capitec Bank. We are currently in the process of investigating the report in detail and will respond appropriately.”

The Capitec stock has fallen more than 16% in January.

Momentum Wealth analyst Wayne McCurrie said the report would require careful scrutiny. At this point however, regardless of content, any negative report on a company from Viceroy would have a negative impact on a company’s share price.

Speculation was rife earlier this year, when Viceroy, which spends its time researching companies that it believes have questionable accounting practices, announced on social media that it was looking into another South African company.

Companies such as pharmaceuticals business Aspen and property company Resilient were suspected targets.

On Monday, Capitec closed nearly 8% weaker, suggesting that some in the market suspected the Viceroy report before its Tuesday release.

Capitec “is a South Africa-focused microfinance provider to a majority low-income demographic, yet they out-earn all major commercial banks globally including competing high-risk lenders. We don’t buy this story,” said Viceroy.

This was indicative of “predatory finance”, a claim it had corroborated with former customers and employees, it said.

“Viceroy’s extensive due diligence and compiled evidence suggests that indicates Capitec must take significant impairments to its loans, which will likely result in a net-liability position. We believe Capitec’s concealed problems largely resemble those seen at African Bank Investments prior to its collapse in 2014.”

Capitec had refinanced delinquent loans, suggesting its loan book was massively overstated. A write-off of R11bn – about 13.5% of Capitec’s total assets at the end of August – would more accurately represent the delinquencies and risk in Capitec’s portfolio, Viceroy said.

“Reconciliation of loan book values, maturity profiles and cash outflows imply Capitec is either fabricating new loans and collections, or re-financing R2.5bn–R3bn in principal per year by issuing new loans to defaulting clients.”

An upcoming reckless and predatory lending case, which will be heard in March, could lead to a class action, it said.

“We think that it’s only a matter of time before Capitec’s financials and business unravel, with macro headwinds creating an exponential risk of default and bankruptcy.”

Andre du Plessis, Capitec’s chief financial officer, told Bloomberg News: “It’s very surprising that someone writes a report who knows nothing about us… There’s a total lack of understanding of what we do. We don’t make fees on rescheduled loans.”

This was akin to an “Enron response”, said Viceroy founder Fraser Perring, referring to the American energy company that declared bankruptcy in 2001.

“PR [public relations] and roadshows mean nothing about the performance of a company,” Perring said in an interview with Bloomberg TV in London.

He confirmed that Viceroy was short the stock. “I assume I have made money [on Capitec’s share price fall], but our motive is not only short-term profit; we take a long-term position. In essence we consider Capitec uninvestable.”

Capitec CEO Gerrie Fourie addressed the Viceroy report today, accusing the research company of not understanding the bank's business, getting its figures wrong, and publishing the report with a clear "profit motive" to push down Capitec's price.

He noted that the SA Reserve Bank had put out a statement to say that bank's fundamentals were sound, and that Viceroy could have approached Capitec directly for more information.

He said that Capitec employees have been unable to reconcile how Viceroy did their sums.

Capitec CEO Gerrie Fourie says the bank has been unable to reconcile how Viceroy Research came to the conclusion that it would have to write off R11bn in bad loans.

The figure was one of the main points in the report that was released on Tuesday morning.

"We can't reconcile it," he said at a media briefing on Tuesday. Fourie said as soon as the report was released on Tuesday morning, he tasked Capitec employees to try and find out how the sum was made.

He said that Viceroy didn't disclose how they arrived at the sum.

"Our people are still on it now," he said.