South Africa at the tipping point 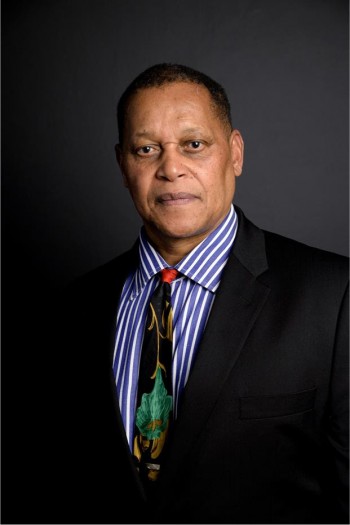 South Africa is at the tipping point: hopelessly in debt, with economic decline as far as the eye can see, and captive to a government clueless as to what do do next. Temba Nolutshungu takes us through the prognosis, and it isn't pretty.


Anyone who does not believe that South Africa is at the tipping point is living in a fool’s paradise. Consider these few facts that are just the tip of the iceberg in terms of the prevailing socioeconomic state of the country: a shrinking economy evidenced by a 0.3% decline in the fourth quarter of 2016, a 0.7% decline in the first quarter of 2017; and a 2.5% growth in the second quarter of 2017 that is virtually nullified by a population growth rate of 1.2%. The biggest problem facing the country is the chronic unemployment crisis that has relegated over 9.3 million people (36.6% of the working-age population) to a life of poverty and destitution. Related to this, the World Bank projects a 0.6% from 1.1% overall economic growth for 2017. Many people enjoy blaming the easy scapegoat of capitalism for these economic woes, but government regulations play a greater role and this is a situation that we need to resolve.

The financial services industry, universally, is the crucial lifeblood of the economy, and, in this country has always demonstrated global competitiveness by churning out innovative financial products. Thanks to enabling legislation, parliament’s legislative powers have been hijacked. Regulators, with their extensive draconian powers, have the capacity to pass laws and, especially in the financial services industry, are now usurping extra-judicial powers over the Ombudsman. All this is at the peril of undermining established contract and commercial laws that are vital to the smooth operation of the economy.

Not surprisingly, Rand Merchant Bank’s latest “Where to Invest in Africa” report for 2018 reveals that Egypt has knocked South Africa from its long-standing top spot regarding investment in Africa. Egypt displaced South Africa largely because of its superior economic activity score and South Africa’s sluggish growth rates that have deteriorated markedly over the past seven years. According to the report, South Africa also faces mounting concerns over issues of institutional strength and governance.

The words of Li Keqiang, Premier of the People’s Republic of China (World Economic Forum, Davos, 2015) resound poignantly and should be heeded by policymakers if South Africa’s economic rot is to be effectively arrested, “Excessive regulation discourages innovation, and healthy competition is the way to prosperity…this will incentivise market players, and help reduce the possibility of rent-seeking and corruption”.

So, what is to be done? First of all, it should be accepted that all the mess is a consequence of government policy. Given this, the rational point of departure in considering policy should be to study empirical evidence that accounts for high growth economies. A precondition for this should be the discard of any ideological influence.

Fortunately, this evidence is in the form of empirical studies such as The Economic Freedom of the World (EFW) index that is spearheaded by the Fraser Institute and co-published with over 100 think tanks; The Index of Economic Freedom (published by the Heritage Foundation); International Property Rights Index (Property Rights Alliance). These are the most prominent of empirical studies, but there are others that substantiate the correlation between economic freedom and economic growth as consonant with downstream indicators of human wellbeing such as higher economic growth, lower inflation, lower unemployment, higher average incomes, less poverty and that their citizens live, on average, 20 years longer than those living in the least free countries.

In short, these studies demonstrate that the higher the levels of economic freedom, the higher the levels of economic growth and the better the indicators of human wellbeing. With countries ranked according to measurement of the level of economic freedom, South Africa’s rating has been on the decline in recent years. Currently, it features at position 95 out of 119 countries (EFW, 2017 Annual Report). It is insightful to contrast this with South Africa’s previous rankings as indicated in brackets. In 2000 (46); 2005 (70); 2010 (82).

Yes, it is possible to reverse the damage and set the country on a high growth economic trajectory. For our lack of economic growth, the buck stops with the government, solely and exclusively. That cannot be emphasised enough.  Scapegoating by blaming this country’s shortcomings on apartheid, colonialism, imperialism and the discredited nonsensical concept of white monopoly capital or some particular individual white industrialists is calculated to deflect attention from those responsible for the mess.

Temba A Nolutshungu is director at the Free Market Foundation