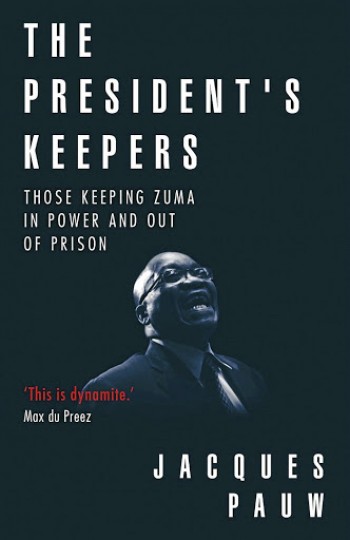 The ANC knows very well what needs to be done to avoid junk status. For many years, however – and especially in the past 11 months, when the threat of downgrades has been most acute – it has been doing the opposite. So much so, in fact, that it seems to have been inviting junk status, writes Dr Anthea Jeffrey of the Institute of Race Relations in Biznews. If one looks at the raft of new laws on the statute books, the ANC appears to care not a hoot about driving away investment. And the security establishment works at glacial speed when it comes to investigating the Guptas, but with lightning efficiency when threatening criminal charges against Jacques Pauw, author of The President's Keepers.


Two global ratings agencies, Fitch and S&P, now rank South Africa’s rand-denominated debt at sub-investment (junk) status. Moody’s has placed the country on downgrade review and could well follow suit in March 2018. If that happens, South Africa will be excluded from the Citi World Government Bond Index (WGBI). This will compel institutions mandated to hold only investment grade bonds to sell out from South Africa, with estimated outflows ranging from $6-billion to $10-billion (about R80-billion to R140-billion).

Downgrades to junk status have clearly been pending ever since the growth rate dropped to 0.3% of GDP in 2016, tax revenues began to falter, and public debt (including contingent liabilities to state-owned enterprises) continued to soar, reaching a total of some 70% of GDP this year. But, instead of heeding the warnings and taking corrective action, the government seems actively to be inviting ratings downgrades.

The ruling ANC knows very well what major policy reforms are needed to reignite growth. However, instead of seeking to restore business confidence (now at levels last seen in the 1980s) and lighten the regulatory load, the ANC government has, in the last year alone: Many other policy measures damaging to the economy are also under consideration. These include the levying of wealth taxes on a tiny and already heavily overburdened tax base, and the introduction of a new tribunal on intellectual property (IP) rights. This IP tribunal will be appointed and controlled by a cabinet minister and will make it quick and easy for the government ‘indirectly’ to expropriate patent rights: pharmaceutical ones to begin with, but others too in time. The tribunal – which will do much to replace the current patents court – could be the forerunner to similar ministerial tribunals with equivalent powers over other kinds of property.

At the same time, the ANC has put forward bills making it a criminal offence to ‘insult’ the president, and seeking to reduce the autonomy of school-governing bodies. It is again speaking of introducing a media appeals tribunal to help bring critical newspapers to heel.

Parliament remains unable to hold the executive to account, while the institutional autonomy and operational capacity of the National Treasury and the South African Reserve Bank are under increasing threat. At the same time, the ANC has retained its hold over the police and intelligence services, which have been glacially slow in investigating the leaked Gupta e-mails but lightning quick in threatening criminal sanctions against Jacques Pauw for his book on President Jacob Zuma and his ‘keepers’.

If the ANC cared about avoiding junk status, all these damaging policy proposals and other interventions could have been avoided. Real reforms could instead have been put forward.
However, there are many in the ruling party who still believe it matters little if the economy collapses – as this will help to bring it under state control and the ANC will then be able to ‘pick it up’ again. The party’s callousness towards the plight of the people it is supposed to serve could not be more acute.

The SACP, which needs the ANC horse to recover so that it can keep riding it into power, keeps blaming the current economic and political malaise on Mr Zuma and the Guptas. But the real problems go far deeper than that.

Since 1994, the ANC and its SACP ally have been intent on capturing every possible ‘lever’ of power: from the police, the army, and the public service to parliament, the judiciary, the media, and the universities. The ANC has also been intent on crippling the market economy as part of an incremental shift towards socialism and then communism.

The ruling party knows very well that property rights are not only crucial to market economies but are also the essential foundation for both economic and political freedoms. For decades, it has thus omitted to extend individual title to homes and land to more than 20 million black South Africans. At the same time, it has used the rubric of ‘transformation’ to justify the whittling away of property rights from business and the established middle class. This process has also served the self-serving aims of many in the new political elite who, like the ANC’s erstwhile national spokesman, Smuts Ngonyama, ‘did not join the struggle to be poor’.

With South Africa now ‘junked’ by two ratings agencies, the massive economic damage of ANC policy and ideology are becoming ever more clear. The ruling party is incapable of real reform – and needs to be replaced at the 2019 general election to avoid the even worse suffering that will otherwise lie ahead.

* Dr Anthea Jeffery is Head of Policy Research at the Institute of Race Relations (IRR).