SA taxpayer will have to foot Eskom's ballooning debt bill 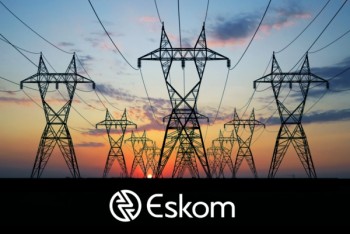 Eskom’s latest annual financial statements record irregular expenditure of almost R3bn. Irregular compensation funds, shady tender processes and the link between the company’s financial director, Anoj Singh, to the Gupta family are all part-and-parcel of the Eskom story. Eskom’s long-term debt is now R336.8bn – the South African taxpayer is going to have to foot this bill along with every other tax imposed on them. Nothing will change if we do not end Eskom’s iron grip on the energy industry, with its state backing and continued taxpayer-funded bailouts, writes Chris Hattingh.
What is the fundamental difference between a state-supported monopoly and a monopoly that develops in the market? The former has the state using taxes to shore up its failures and is protected by legislation preventing others from competing with it – the latter is a business that has gained monopoly status because it competed with others by offering better services and products. When an entity is protected by legislation, it becomes a monopoly. If a private company manages to attain a dominant position in the market it is because that company has offered better products and services than its competitors – a monopoly can only be described as such if it is backed by force.
Instead of expecting Eskom to continue to generate 95% of the country’s power, South Africa needs a competitive energy market. The market must be opened up so that independent power producers (IPPs) can compete with each other for customers’ money – whichever producer is the most reliable and offers the best service at the best price will gain the most customers. Those who fail to do so will have to close – zero government bailouts for failures.
Take energy generation, for example. If private companies were sure that government would not interfere, they would feel secure enough to invest their own capital into modern, reliable generating plants. Private companies could both fund and operate these plants, and thereby create jobs – those who offer the best packages will attract the best workers.
Because private companies would be investing their own money, they would have increased incentive to build the best possible generating plants and distribution networks. With no government guarantees or possibility of receiving bailouts, these private companies, in competition with others, would have to do their absolute best to gain customers by offering competitive prices and efficient service.
The trend around the world is toward less government control. The South African government could be at the forefront by setting the rules for a competitive energy market and then stepping back, allowing South Africans to forge the way ahead. No one person has all the necessary knowledge to run an industry, never mind one as complex and important as energy supply and generation. As the economist Friedrich Hayek pointed out, no system can be as effective as one in which competing suppliers vie to meet the needs and wants of consumers.
It is crucial for the beleaguered South African economy that we have sufficient energy supply and generation capacity – we simply cannot run at a deficit and expect to create jobs. The world is trending towards green energy, but, whether it is coal, gas, wind turbines or solar, we need as much energy as possible. And the best way to get more people using sustainable energy would be to offer reliable, cheap sources as only a competitive energy market would be able to do.
Chris Hattingh is a researcher at the Free Market Foundation