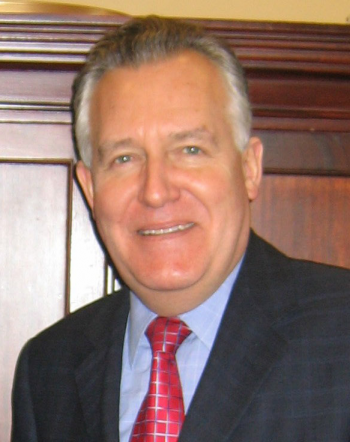 The following is an open letter by human rights activist Justin Lewis to Lord Peter Hain (pictured left), a prominent anti-apartheid activist who fled SA in the 1960s, urging him to rein in PR firms such as Bell Pottinger interfering in the political affairs of a friendly nation. Lewis has asked Lord Hain to bring the matter to the attention of the UK Parliament.

LETTER TO HOUSE OF LORDS

Re : Bell Pottinger interference in the political institutions of a friendly nation SA

My name is Justin Lewis and I am a human rights lobbyist for a NGO in the process of being registered whose purpose is the defence of SA national institutions from corruption. Our focus is in particular the defense of the Mandela legacy of fundamental human rights in SA courts and the protection of the independence of the judiciary from this form of corruption as a remnant of the apartheid era.

Of particular concern is the alleged corruption of SA courts by SA banks which have been identified in the SA political economy as “monopoly capital”, and current cases whereby the poor and the indigent have been victimised by the same for financial gain with their home's being “purchased” by banks for less than a UK pound for on-sale at their real value for vast profits by the alleged corruption of the SA courts.

This victimisation included UK investors in SA - in one particular case known as the “UK widow's case” as reported in SA's parliament, where a UK widow’s SA asset was allegedly unlawfully appropriated to benefit SA billionaire Johan Rupert.
The rectification of this alleged injustice is now being remedied in the Royal Court of Jersey. The extent of this form of alleged corruption that has angered the black political majority to adopt an  “economic transformation” programme by the ANC-led government, against alleged economic exclusion of the majority of its citizens.

I was asked last year to brief the SA parliament on this concern, including the chairman of the SA Cabinet Inter-Ministerial Committee, and as a result of my brief a SA judge (retired) appointed an official state investigation into “court capture” by banks in the Rupert/UK widow matter, and Lloyd's of London alleged insurance fraud.

Mr Rupert is an ex Bell Pottinger(BP) client who recently resigned as a result of Bell Pottinger ex-client (the Gupta) campaign, for which Bell Pottinger was expelled by the PRCA (Public Relations and Communications Association ) regulatory body earlier this week. In reply to a query from the UK publication, the PR Weekly, I replied as follows regarding this matter:

“The PRCA ruling in the BP (ex-Gupta client) matter is in effect a hostile act against a friendly nation as it by its sanctioning of a complaint brought by parties with their own political agenda against another BP party (client) with an opposing political agenda, in a foreign nation, has in effect taken sides in the politics of regime change affecting the friendly nation status.

"And can be seen by that friendly nation as an act of hostility in the interference in that friendly nation's own political affairs, especially with an election for a new president coming up in SA in December this year. Further compounded by the fact that ex-BP client supporting the DA (Democratic Alliance) complaint, Mr Rupert is himself being investigated by a judicially-authorised investigation for alleged corruption of a state institution (the courts) and the effect thereof on UK nationals' investment rights in SA. Opposing (is) another ex-BP client (Gupta) associated with the alleged corruption of the state.

"PR companies in the UK cannot be associated with promoting regime change in any friendly nation through PR campaigns on behalf of their clients.

"Accordingly the PRCA should, after delivering its decision to expel BP, have referred the matter to a higher authority such as the Foreign office for their consideration, as they are responsible for diplomatic relations between the UK and nations enjoying friendly nation status such as South Africa.

"Had they done so this would have been a far more effective warning to members of the PR industry in the UK. The DA complaint to the PRCA about BP conduct was far more than an ethical issue for the UK PR industry; it was in fact a international incident and should have been dealt with accordingly.”

As a human rights activist and member of the House of Lords I respectfully call upon your assistance in bringing this attempt by a UK PR firm to take upon itself to interfere with regime change of a friendly nation, to the attention of the (UK) parliament.

We seek your assistance in ensuring that UK PR companies be prevented from interfering in friendly nation political economies, especially when both ex-BP clients are under investigation for alleged corruption of state institutions of those nations.

Your Lordship is most welcome to contact me should you have any queries or wish to be more fully briefed on, “economic transformation”  in SA as adopted by the SA government in part as a result of this form of alleged corruption of SA courts by SA banks (referred to in the Bell Pottinger campaign as “white monopoly capital”)