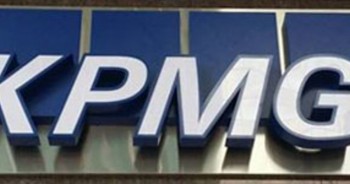 The fall-out from the Guptas continues. The curse of the Guptas has already sent a cruise missile through the hull of UK PR firm Bell Pottinger, which marketed the divisive "white minority capital" and other slogans in service of the Guptas' agenda. Bell Pottinger is all but dead at this point. Now the axe has fallen at KPMG, one of the world's largest and most prestigious audit firms. In an effort to stem the exodus of clients (which include Sasfin and energy group Hulisani), KPMG fired most of its executive team last week for dodgy work it did for the Guptas, and SA Revenue Services. Now one of the premier consulting firms in the world, McKinsey, is under fire. The Democratic Alliance says it will lay charges of fraud and racketeering against the firm over its suspect dealings with the Guptas.


Charges of fraud‚ racketeering and collusion are to be laid against international consultancy firm McKinsey in connection with its facilitation of deals between the controversial Gupta family and state-owned entities.

The DA said it would lay the charges in Cape Town on Tuesday.

McKinsey has been under fire for its dealings with the Guptas‚ who secured multibillion-rand coal supply tenders with Eskom.

Last week Corruption Watch head David Lewis said he would bring bribery and corruption charges against McKinsey with the US Justice Department over the firm’s alleged business dealings with the Guptas.

Those charges stem from dealings with Gupta-linked firm Trillian‚ in which the company was paid nearly R500m for work it never did for Eskom.

McKinsey has vehemently denied it was involved in any bribery or corruption, and has launched its own internal investigation over the scandal.

DA MP Natasha Mazzone said she would lay the charges against McKinsey under the Prevention and Combating of Corrupt Activities Act.

She said the charges stemmed from allegations that McKinsey had ignored warnings from its senior South African staff‚ as far back as the beginning of 2013‚ of possible dodgy deals with Trillian‚ Eskom and other Gupta-linked companies.

"These allegations must now be fully investigated. Criminal charges are the first step in ensuring that if any wrongdoing has taken place‚ those responsible can be brought to book."

“The risk committee looked at various factors, including what’s in the media now about KPMG and the Guptas, and we concluded that it would be in best interests of the company to change auditors,” Marubini Raphulu told Reuters.

KPMG cleared out its South African leadership en masse on Friday after a damning internal investigation into work the firm did for the Guptas, who are close friends of President Jacob Zuma. Earlier, brokerage house Sasfin Holdings fired KPMG as its auditor, citing “well-publicised concerns” about the accounting firm, which is struggling to keep clients after flaws in its work for the Guptas.

“In view of the well-publicised concerns recently raised with regard to KPMG, as well as Sasfin’s commitment to good governance in respect of auditor independence and auditor tenure, Sasfin has decided to put its audit out to tender,” Sasfin said in a statement.

Sasfin’s decision comes as several South African blue-chips, including Barclays Africa and Old Mutual, say they are considering whether to cut ties with one the biggest and most influential names in accounting.

KPMG is the third global firm to face questions about its work for the Indian-born Gupta brothers, who have has been accused by the Public Protector of unduly influencing the awarding of government contracts.

Consultant firm McKinsey is being investigated by SA’s parliamentary committee on public enterprises, while the British business of public relations agency Bell Pottinger collapsed last week following a scandal over a racially-charged political campaign it ran in SA.

The Guptas and Zuma deny wrongdoing and say they are victims of a politically motivated witch-hunt. The Guptas and their companies have not been charged with any crime.