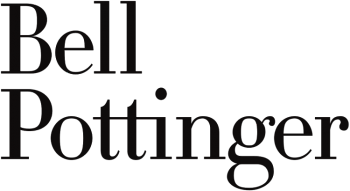 UK-based public relations firm Bell Pottinger could be up for sale as its owners explore "all options" to salvage the floundering business. This follows the earlier dismissal of the account executive who handled the Gupta account and the departure of the company’s CEO and significant shareholder James Henderson, neither of which appears to have stemmed the bleeding, says Business Day.


A fresh start with new owners could be the only way to salvage the 30-year-old firm, which has been losing clients since its reputation was damaged and it was expelled from the UK’s public relations industry body because of the racially divisive manner in which it conducted the media campaign on behalf of the Gupta family and Duduzane Zuma.

It is doubtful, however, whether there will be many interested buyers.

Cofounder Timothy Bell told BBC’s Newsnight programme on Monday that the agency was unlikely to survive. "It’s probably nearing the end," said Bell, who formed the company in the 1980s and left in 2016. "You can try and rescue it but it won’t be very successful."

Bloomberg reported that Bell Pottinger said it had hired financial adviser BDO "to look at all options regarding the future of the business", with Reuters saying that a spokesman for the firm had clarified that these options included a possible sale.

DA communications spokeswoman Phumzile van Damme said the party had noted the possible sale of the firm but was "adamant that we need full disclosure of the Gupta and Duduzane Zuma account as well as all the money Bell Pottinger earned from it to be paid back. We will pursue both even after the company is sold." Duduzane Zuma is President Jacob Zuma’s son.

The Save South Africa campaign is also demanding full disclosure of the scope of the company’s activities so that South Africans are able "to unravel the labyrinth of deceit, disinformation and hate that was built by Bell Pottinger, working hand in hand with Duduzane Zuma and the Guptas".

Clients which the firm has lost include HSBC, construction firm Carillion, Richemont and Investec (the latter two in 2016) with the Bank of Ireland and Spain’s Banco de Sabadell saying they are reviewing their relationships with the agency.

Bloomberg reported that two weeks ago shareholder Chime Communications returned its 27% stake in the company without compensation. Bloomberg Intelligence analyst Paul Sweeney said, "Chime is clearly walking away from a bad situation. It appears that Chime’s co-owners, Providence Equity Partners and WPP Group, sense the reputation risk is not worth the relative small cost to write down their investment."

The expulsion of Bell Pottinger from the Public Relations and Communications Association for a minimum of five years earlier this week followed a complaint by the DA about the company’s campaign on behalf of the Gupta-owned Oakbay, which used the narrative of "white monopoly capital" to deflect criticism of corruption and state capture.

The association found that Bell Pottinger’s campaign was "likely to inflame racial discord" in SA and had breached two clauses of the body’s charter and two clauses of its public affairs and lobbying code of conduct.

The association’s rules state that members should not cause racial offence with their work and "deal fairly and honestly" with the public at all times.

The company employs more than 240 people in offices around the world including in Bahrain, Kuala Lumpur and Yangon, Myanmar.

They serve clients ranging from multinational businesses to governments and high-profile individuals, says its website. The firm had £33.3m in revenue in 2015 and net income of £3.3m, according to data compiled by Bloomberg.

According to a 2016 report by the Bureau of Investigative Journalism, a US-funded anti-al-Qaeda propaganda campaign carried out by Bell Pottinger in Iraq included fake insurgent videos used to track those who accessed them.