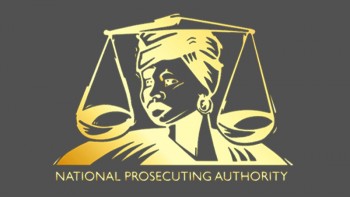 The civil action organisation also wants the NPA and the Hawks to involve civil society in their investigations, according to Business Day.

Outa said on Monday it welcomed the NPA’s decision to set up a task team to investigate allegations and perpetrators of corruption and fraud as purported in the many cases and charges linked to state capture.

But Outa chairperson Wayne Duvenhage said: "We will be writing to the NPA and the Hawks to request that they involve civil society in their investigations‚ as we have already conducted in-depth investigations and laid criminal complaints which are backed up with substantive evidence and facts.

"Furthermore‚ we believe that with the NPA’s decision to form its task team‚ we believe this signals its awareness that the issues raised about corruption and state capture are significant and‚ if this is indeed the case‚ we now urge the NPA to exercise its powers by instructing the Asset Forfeiture Unit and other mechanisms of authority to prevent the flow of assets from ill-gotten gains of corruption being moved offshore."

Duvenhage added that Outa was on record as accusing the state of being too slow to take action‚ and now that it had indicated its plans to get started‚ Outa believed the state should move with haste while not jeopardising the quality of the process.

NPA could have stopped this mess 12 years ago

The Guptas’ capture of SA could have been stopped 12 years ago if the National Prosecuting Authority (NPA) had prosecuted a R120m exchange-control, tax and customs fraud case linked to the family.

The prosecuting authority now says it cannot explain how it happened because the file has been destroyed.

In 2001, Gupta-owned Sahara Computers and another company, Trump Technology (an alleged front for Sahara), were investigated by the then Scorpions for exchange control contraventions and value-added tax (VAT) and customs fraud committed between at least 1999 and 2001.

There appear to have been two investigations, which were eventually joined into a single docket, which resided with the Scorpions at the time.

The investigation was apparently concluded in 2003, but the NPA declined to prosecute almost two years later, in 2005.

The rise of Sahara Computers was a critical chapter in the growth of the Gupta empire and led to the emergence of Oakbay, the vehicle at the centre of many state capture reports today.

Trump Technology, the sole supplier to Sahara at the time, was owned by Johannesburg businessman Herbert Chalupsky, who declined to comment.

Company records show Atul and Chetali Gupta, his wife, were the directors of Sahara Computers at the time.

SARS was already busy with similar investigations and was asked to assist with the case given its complexity.

In 2002, a major breakthrough occurred when a whistleblower went to the South African Reserve Bank and provided detailed information on how Sahara and Trump Technology were operating their alleged scam.

According to official documents, this investigation was handed to the Scorpions too.

A combined investigation by SARS, the South African Reserve Bank, the NPA and the Scorpions resulted in a completed docket being handed to prosecutors in 2003.

The apparent scam involved underdeclaring the value of imported electronic goods
and parts and then allegedly reflecting the items’ sale at falsified value on invoices.

SARS sources explained that Sahara was then able to claim back higher amounts of VAT from SARS by providing fraudulently created customs clearance certificates to the banks that processed the payments to the foreign suppliers.

The NPA said on Friday that it could not establish why it had declined to prosecute.

NPA spokeswoman Phindi Louw said the file was destroyed in line with regulations. "Dockets are filed by the police and since this is an old matter we will have to recall the docket from the police to establish what transpired."

She said the advocate assigned to the case had since left the NPA and another who was assisting him could not recall the reasons for the failure to prosecute.

Both SARS and the Reserve Bank declined to comment on the investigations, citing confidentiality clauses.

Customs expert Georgia Mavropoulos said computers and software were a very
"grey area" when it came to customs evaluations. "SARS has good-quality staff, especially when it comes to detecting crimes relating to VAT and customs and excise duties fraud," Mavropoulos said.

"You can be sure that any investigation which they would have handed over to the prosecuting authority would have been thorough."

This investigation later formed part of a broader multi-billion-rand crackdown on the importers of electronic goods conducted by the Bank, SARS, the NPA, the Asset Forfeiture Unit and the Scorpions, which netted the taxman hundreds of millions of rand.

The Hawks, the successor organisation to the Scorpions, failed to comment.