How Gigaba and Brown got the Guptas into state-owned companies 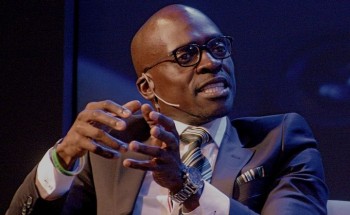 More evidence from leaked emails show how finance minister Malusi Gigaba - while still at public enterprises - and his successor Lynne Brown placed Gupta associates into key positions in state-owned companies. The Guptas benefited to the tune of billions of rands, according to Business Day.

The e-mails have trained the spotlight on Gigaba’s role — whether witting or unwitting — in the capture of the state during his tenure at the Department of Public Enterprises.

They also appear to add credence to a report by the Public Affairs Research Institute (Pari), released before the e-mail leaks, that painted Gigaba as a central player in state capture.

“Since January, minister Brown has repeatedly called for further investigation of allegations raised in the State of Capture report to spare state-owned companies further reputational damage. Recent pronouncements on this matter by the ruling party, the president and the Hawks will come as a great relief to state-owned companies,” said Brown’s spokesman, Colin Cruywagen.

“There were rules they knew of, which they should have followed … they didn’t.”

The Gupta family benefited from several multibillion-rand power and infrastructure projects launched by entities where their allies had been appointed by Gigaba and Brown.

These projects included the supply of locomotives by China South Rail to Transnet, which led to the Guptas securing R5.3bn in alleged kickbacks.

The door to special favours for the Guptas seems to have been opened from the moment Gigaba was appointed public enterprises minister in November 2010 and continued through to his move to the Department of Home Affairs in 2014.

Gigaba appointed a swathe of directors — now known to be connected to the Guptas — to the boards of arms manufacturer Denel, Eskom and Transnet.

A regular presence in the Gupta linkages to the directors was their associate Salim Essa.

• Iqbal Sharma: appointed to Transnet’s board in December 2010 by Gigaba, who then tried to instal him as board chairman in June 2011. However, this was vetoed by the Cabinet because of his links to the Gupta family. Gigaba then created Transnet’s acquisitions and disposals board to supervise infrastructure tenders valued at more than R2.5bn and appointed Sharma as chairman to oversee R25bn in tenders awarded to China South Rail;

• Brian Molefe: In February 2011, Gigaba appointed him CEO of Transnet, where he signed off on the China South Rail locomotive tender, among others. When the Guptas acquired Optimum Coal, which supplied Eskom with coal, Molefe was CEO of the utility and oversaw the process;

• Anoj Singh: In July 2012, Gigaba appointed him Transnet chief financial officer. Together with Molefe, he signed off on Gupta-linked Transnet contracts. Brown oversaw his appointment as Eskom finance chief in October 2015;

• Mark Pamensky: Brown appointed him to Eskom’s board in March 2014. Until May 2017, he sat on the board of Gupta firm Oakbay. He resigned as Eskom director in November 2016, after the release of the public protector’s State of Capture report. He has denied any impropriety;

•Viroshni Naidoo: Gigaba appointed her to the Eskom board in June 2011. Her husband, Kuben Moodley, is special adviser to Mineral Resources Minister Mosebenzi Zwane, whose links to the Guptas have been widely reported;

• Ben Ngubane: appointed by Brown to Eskom’s board in December 2014. He was a co-director with Essa of natural resources exploration company Gade Oil and Gas;

•Romeo Khumalo: Brown appointed him to Eskom’s board in December 2014. Khumalo resigned from Eskom in April 2016. He was a codirector with Essa at Ujiri Mining;

• Nazia Carrim: appointed by Brown to Eskom’s board in December 2014. She is married to a cousin of Essa;

• Colin Matjila: Gigaba appointed him to Eskom’s board in June 2011 where he chaired the tender committee and irregularly signed The New Age breakfast sponsorship. This helped the Guptas to start their TV station, ANN7. Matjila allegedly pushed for a “balance sheet optimisation contract” in which Essa’s Trillian consulting company stood to score more than R400m.

Gigaba has dismissed the claims and declined to comment further on them when approached on Monday.