The e-tolls mess just got messier 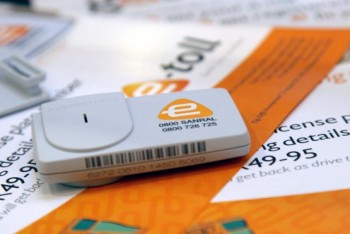 Organisation Undoing Tax Abuse (Outa) has just barred SA National Roads Agency (Sanral) - which has summonsed thousands of Gauteng motorists for non-payment of e-tolls - from arguing 55 cases in court. Outa claims the Roads Agency has not followed court procedures and deadlines. Sanral will now have to restart court procedings from scratch. Further complicating matters is the issue of "prescription", as some of this e-toll debt is now more than three years old and therefore may not be payable, according to Moneyweb.

Last week the Organisation Undoing Tax Abuse (Outa) barred SA National Roads Agency (Sanral) from pleading 55 cases against its members in court on the grounds that it had not followed court procedures and had delayed presenting its cases in court. These 55 cases represent nearly R2 million in outstanding e-tolls.

What this means is that Sanral may have to restart the legal process from scratch should it want to recover the money it claims is owed. Or abandon the cases entirely. The roads agency has issued several thousand summonses to collect outstanding e-tolls and has obtained default judgement against some who failed to put up a defence in court. Though Sanral has trumpeted these default judgements as precedent-setting victories, Outa says they are nothing of the sort. They merely mean the defendants failed to show up in court and argue the case.

Outa is defending roughly 150 summonses issued against its members, roughly a third of which it says have now been barred.

Sanral is attempting to recover about R11 billion in outstanding e-tolls from Gauteng motorists. Some 3 million motorists are reckoned to owe e-tolls, out of 3.5-4 million registered motorists in the province.

As usual, Outa and Sanral have entirely different interpretations of the same facts. Says Vusi Mona, Sanral’s general manager for communications: “There are no matters in which Sanral has been barred from pleading. There have been ongoing engagements with Outa’s attorneys for agreed time frames for the exchange of pleadings and there are no operative bars against Sanral.”

Both Sanral and Outa had previously agreed to run a “test case” which would serve as a legal precedent, so as to avoid clogging the courts with thousands of cases. Last month Outa pulled out of the test case process as this was taking too long to get to court, opting instead to lodge papers in the Pretoria High Court in defence of one of its members, Thandanani Truckers and Hauliers, which outlines its opposition to e-tolls.

“We were aware that whilst developing the complicated e-toll test case process, Sanral was issuing default judgements and declarations against the general public, in the belief they would be able to secure a precedent-setting case,” says Ben Theron, Outa’s chief operations officer. “One would have thought Sanral would have learnt by now that coercion and intimidation have not worked in the past and will not resolve the entity’s mounting debt.

“As far as Outa is concerned, Sanral’s journey of following an extensive litigation process to collect outstanding debt will take years to unfold and is a significant waste of the courts’ time and taxpayers’ money,” says Theron.

Another potential problem for Sanral is the issue of prescription in terms of the Prescription Act, which makes it difficult for creditors to recover debts older than three years.

Sanral’s Mona takes a different view: “To date, the issue of prescription has not been raised by any defendant in any matter where Sanral has sought payment of outstanding e-tolls. In any event, the failure to pay e-tolls is a criminal offence which is not subject to prescription.”

Sanral is relying on the Administrative Adjudication of Road Traffic Offences (Aarto) Act, which criminalises certain traffic-related offences in the Joburg and Pretoria metropolitan areas.

A legal expert specialising in prescription told Moneyweb that Sanral is treading on thin ground if it is relying on Aarto to recover its debts. “Sanral’s attempts to recover debts is a civil matter, and the Prescription Act applies. If I was defending clients summonsed by Sanral I would argue this vigorously and have any debt older than three years thrown out. I doubt any court is going to look at this as a criminal matter.

“Another point I would argue is that Sanral is potentially engaging in reckless lending in terms of the National Credit Act, since it is effectively issuing credit without doing the requisite credit assessment, despite the fact that Sanral says it is exempt from the NCA.”

Theron says despite warnings from civil society that the Gauteng e-toll scheme would collapse due to its cumbersome, costly and burdensome administrative processes, Sanral and the Department of Transport have decided to continue their litigious war against motorists.

Meanwhile, earlier this month, Sanral announced that it had cancelled all future bond auctions pending the outcome of a governmental task team inquiry into road funding. Sanral needs to borrow about R600 million a month to cover its interest bill and operations, but the auctions have been poorly supported over the last year. Sanral says it has enough cash to last a few months. Institutional investors and rating agencies are increasingly concerned at the state of governance in state-owned companies, which means the government will be left to pick up the tab.