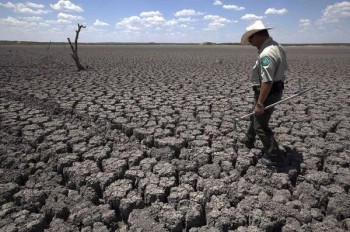 The phrase "climate denier" has come to mean someone who refutes the facts of climate change brought about by humans. But as Scott Adams point out in this article, the climate science believers and deniers are actually talking about two different things. The subject has become so muddied by the word "science" that the term has lost its meaning. There may indeed be climate change - but don't expect science to solve this one.


Today I declare the climate science “debate” to be mostly an illusion.

You think you live in a world in which there are climate science skeptics on one side of the debate, and climate scientists, plus their believers, on the other side. And you think they are talking about the same thing.

I mean this literally. You perceive a debate, but that is mostly a shared hallucination.

Most of you think there are two competing opinions on climate science and the two camps are arguing about the scientific details. There is a some of that happening. But for the most part, the two sides are literally imagining they are debating each other. They are actually talking about related but different things.

As a perfect example, I give you this fresh tweet history from Rex Tillerson and Chelsea Clinton.

If it is not immediately obvious to you that Chelsea and Rex are on different topics – and not in disagreement over one topic – you are experiencing an illusion. I’ll give you a minute to see if you can work your way out of it on your own. Look at the two tweets and see why they are not the same topic.

Okay, that’s enough time. Back to me.

Believer: Climate scientists are correct because the scientific method is reliable over time, thanks to peer review. The experts are overwhelmingly on the same side.

Believer: You troglodyte! You know nothing of science! The scientific method is credible!

See what happened? The believer was discussing science and the skeptic was NOT discussing science. These are different conversations. The prediction models are designed by scientists, but they are not “science” per se, any more than a microscope is “science.” Both are just tools that scientists use.

If you are a climate skeptic, and you want to make your case in the strongest possible way, start by agreeing with all of the “science” of climate science. Make sure you specify that your skepticism is outside the scientific realm, and limited to the prediction models that are not science.

That will explode some heads. (I’ve tested this.)

I should pause here to tell any new readers of this blog that I don’t know the truth about climate science, and I don’t have any way of knowing whether the models are accurate or not. My interest in this debate is to get both sides out of their illusions. The science is not the models, and the models are not science. You can trust the science and still question the prediction models without being a troglodyte.

For the sake of completeness, some skeptics also point to alternative hypotheses for warming, including orbital variations and solar flares. That is a genuine case of science versus science. And at the moment, the scientific community has a strong preference for the Co2 explanation.

Now that I’ve outlined the illusion, watch how often you see it play out. It’s the sort of thing you don’t notice until you are first alerted to it. Now you’ll start to notice how often the Chelseas of the world conflate the science of climate change with the prediction models as if they have similar credibility.

On a related topic, do you know why climate scientists have not succeeded in selling their views to the climate skeptics? Part of the problem is that their communication on this topic ignores everything science has learned about how to change people’s minds. The climate scientists should talk to some cognitive scientists.

To put this in simpler terms, if a climate scientist believes minds can be changed with facts and logic, the scientist is ignoring decades of cognitive science.

Update: Here’s an example of how scientists can use science to communicate about climate science.