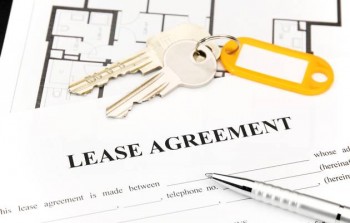 Sean Naidoo‚ a business from Marburg near Port Shepstone‚ has accused the Department of Public Works of orchestrating the "first land grab in the new South Africa". This relates to a lease agreement in a building, occupied by the SA Police Services, owned by Naidoo. He locked the Department out of the building, claiming he has been under-paid in terms of the lease agreement, according to Jeff Wicks in Timeslive.


A protracted legal spat over a rental lease agreement has seen a KwaZulu-Natal landlord firing a very public salvo at the Department of Public Works.

Sean Naidoo‚ a business from Marburg near Port Shepstone‚ has accused the Department of the "first land grab in the new South Africa".

Naidoo has erected a sign at the building -- which is being leased by Public Works on behalf of the police.

The sign reads "SA government's first land grab in the new South Africa!!! This property has been hijacked by the Department of Public Works by the SAPS."

This comes as Naidoo faces a R31 million fraud case opened by the Special Investigating Unit (SIU)‚ which claims that he was deliberately using the wrong measurements to charge a higher lease amount. Naidoo‚ however‚ claims that government has misinterpreted legislation and that he's done nothing wrong - and that he's being investigated on a "crooked case".

Naidoo has locked the police out of the building over non-payment twice this year already and has now opened up charges against two SIU investigators. He is also suing the Department for months in outstanding rent‚ which he says amounts to as much as R45 million. He also accused SIU of "colluding" with Public Works to take the building.

"This has been two years of my life that I will never get back. The years have been stolen from me because of this battle‚" he said.

"I have always done what the law requires of me. Now they are looking for something to squeeze me so that I go under and they can buy my building on auction‚" Naidoo said.

As the battle is set to play out in court‚ the state attorney last week ordered that Naidoo remove the sign.

In a letter to Naidoo‚ a copy of which The Times has seen‚ he was ordered to immediately remove the "illegal signage" and was threatened with court action if he refused.

"I have a very hard head and I will not stop fighting for this. They are trying to take my livelihood from me by refusing to pay me what is due."

SIU spokesperson Nazreen Pandor said that the graft-busting squad would remain mum on the spat pending the outcome of litigation.

"We wish to advise you that the Special Investigating Unit is currently engaged in civil litigation against Mr Naidoo. As such‚ it would be unbecoming for us to comment further on this matter and as such‚ we will allow the court process to take its course‚" she said.

"We thank you for your query and please do not hesitate to contact us should you need any further clarity‚" Pandor added.

Despite an assurance that a response would be sent‚ nothing had been forthcoming at the time of publishing.