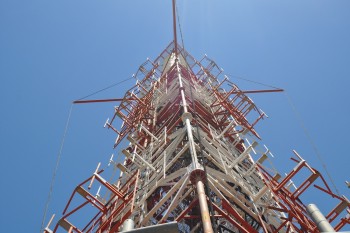 This is how you end up thinking when you have been too long in a state-owned enterprise. The SA Broadcasting Corporation, faced with plummeting revenue, has proposed that it be allowed to charge license fees on all viewing devices, including your laptop, cell phone and tablet. This absurdity - from a corporation drowning in corruption and incompetence - must be stopped, says Martin van Staden. It's time to repeal the Soviet-style Broadcasting Act and break up the SABC.


The South African Broadcasting Corporation’s recent shenanigans in Parliament illustrate quite plainly how government perceives its relationship with citizens: legalised extortion. Instead of allowing this to continue, we must demand the repeal of the Broadcasting Act and the breakup of the SABC.

All students of political science have to consider the following two interrelated questions: what is the State, and what is its role? While there are many theories, the orthodox and arguably correct view is that the State is an institution whose function is to protect (and recently, advance) the rights and property of its citizens, and to that end monopolises legitimate violence.

The South African Broadcasting Corporation (SABC), however, not in the spirit of advancement, announced before Parliament that, to increase revenue, it will seek to impose licensing on other “viewing devices”. This means that South Africans’ tablets, computers, and possibly even cellphones will require licences for which fees must be paid.

In addition, the SABC wishes to force DSTV to collect TV licence fees on its behalf – a service, I presume, for which DSTV will not be paid.

Where in the mandate of the State, often called the ‘social contract’, does perpetually forcing citizens to cough up funding for unprofitable, mismanaged state enterprises fall?

The theory behind a state-owned enterprise is that it is supposed to function like an ordinary company, despite being owned by government. Imagine what would happen if, say, Pick n Pay announced in Parliament that, to improve its financial situation, it would be forcing consumers to pay an annual refrigerator, microwave and toaster licence fee. This, quite rightly, would be considered outrageous, condescending, and extortion. Yet, for entities like SABC, SAA and Eskom, the response to the abuse we often suffer, is dead silence.

If Parliament entertains the SABC’s demands, it will be glaringly obvious that, instead of seeing itself as the servant of the people, government sees the South African taxpayer as an ATM that can be abused until no money remains. Abuse that, in South Africa, is borne by only a small number of individuals. A recent Africa Check study reveals that “The latest treasury estimates show 1.9 million individuals are expected to contribute an estimated 80% of income tax”. With the Davis Tax Committee still considering recommending new wealth and inheritance taxes, government seems to be growing even more naively arrogant.

Much is being said about ‘radical economic transformation’ in the national discourse, and this should be welcomed in this context, but the only ‘radically transformative’ action that can be taken here is to repeal the Broadcasting Act and end government’s control of broadcasting enterprises in South Africa. The SABC must be broken up and privatised.

Despite being a 1999 statute, the Broadcasting Act is a product of an Apartheid-era mentality that rejects the notion of a sovereign people and a subservient state. But our new constitutional order does not ordain such a despicable state of affairs. Radical economic transformation in broadcasting cannot take place until the SABC is no longer a state-owned enterprise.

With low-growth forecasts and widespread economic uncertainty because of a government unsure about its own electoral prospects, it is baffling that the national broadcaster can so casually insult the South African people.

We are able to own and use cellphones, computers, tablets, and televisions now because of private sector innovation and voluntary market interaction, not state generosity. For the State to presume that it is justified in compelling us to acquire licences to use and benefit from these devices is deeply patronising and beyond the scope of the social contract.

Author Martin van Staden is Legal Researcher at the Free Market Foundation and Academic Programmes Director of Students For Liberty in Southern Africa.