Is ours a superficial democracy? 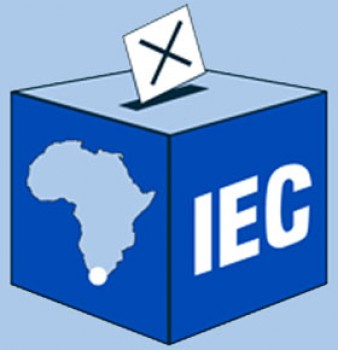 Democracy cannot simply mean voting every five years. Participation is a crucial ingredient that breathes substance into the system. It also breathes legitimacy and longevity into the mandate the government receives every five years. Without the government ensuring meaningful participation, ours is a superficial democracy that, only on paper, is distinguishable from dictatorship.


The subjugation of black South Africans to arbitrary, discretionary rule by officialdom and the whims of politicians was one of the hallmarks of apartheid. It is no surprise, therefore, that South Africa’s 1996 constitution contains provisions designed to ensure this would never happen again.

Section 195 of the Constitution requires that the public administration respond to the needs of the people and encourage the participation of the public in policy-making. It further requires transparency and the provision of timely, accessible, and accurate information. Section 33 of the Constitution gives all South Africans the right to just administrative action that is reasonable and procedurally fair.

With these justiciable provisions contained in our highest law, one wonders how it is possible that the Department of Telecommunications and Postal Services (DTPS) managed to publish its Information and Communications Technology (ICT) Policy White Paper in October last year without having informed the public – let alone stakeholders – about substantial new additions. The Green Paper, Discussion Paper, and Review Report, which came before it, all included public participation, leading to what appeared to be some interesting and relatively good new developments in South Africa’s ICT industry.

That, of course, all went out the window with the publication of the White Paper, which surprised the industry with threats of expropriation of already-allocated radio frequency spectrum and what appears to be a proposed monopoly in the ICT sector.

One further wonders how the Department of Trade and Industry (DTI) allowed its new liquor regulations to see the light of day, after various industry stakeholders pointed out an illogical consequence of badly-worded provisions. The liquor regulations bizarrely provide that liquor cannot be sold within 500 metres of a wide variety of listed areas and facilities, such as schools, “transport facilities”, and residential areas. Nothing of significance in these regulations is actually defined, leaving the provisions wide open to interpretation by officials. The consequence of a generous reading – or any reasonable reading, in fact – of these regulations, is that the sale of alcohol in South Africa is effectively banned, because there is no spot in a zoned area in this country which is 500 metres away from everything that is listed. The DTI does not appear to dispute this fact, but trudges along regardless.

The Constitutional Court has rightly observed that the constitutional obligation on government to ensure the public participates in policy-making does not mean it must blindly implement what the public wants. The government, however, must be willing to consider all views, and, so to speak, keep an open mind. Dogmatically and blindly seeking to implement policy regardless of near-unanimous public opposition and mere illogicality is not an indication of good or responsive governance. The DTPS is certainly also not observing its constitutional obligation to be transparent when it is refusing to release the socio-economic impact assessment (SEIA) it was supposed to conduct prior to pursuing a change in policy. One wonders whether the SEIA was conducted at all.

The most well-known tenet of the Rule of Law, for which there exists near-consensus in an otherwise hotly-contested concept, is that governance must not be arbitrary. In other words, law and policy must be informed by evidence and, therefore, must be reasonable. None of this matters if it is not manifested; in other words, SEIA studies must be done and must be released, and the government must take heed of the public’s commentary on policy where evidence abounds that the policy will either not work or have unintended consequences.

Democracy cannot simply mean voting every five years. Participation is a crucial ingredient that breathes substance into the system. It also breathes legitimacy and longevity into the mandate the government receives every five years. Without the government ensuring meaningful participation, ours is a superficial democracy that, only on paper, is distinguishable from dictatorship.