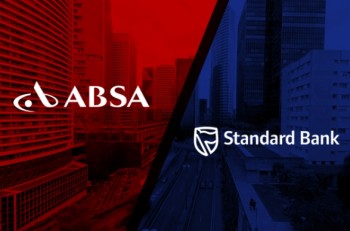 Several people, who have each lost large amounts of money due to Internet banking fraud, are taking their fight to ABSA and Standard Bank – with legal action on the cards. The victims say numerous banking staff members must have been involved. The evidence suggests the crooks knew exactly what funds were available in the victims' accounts, which accounts were linked, and from where money could be transferred, according to Mybroadband.co.za.

Several people, who have each lost large amounts of money due to Internet banking fraud, are taking their fight to ABSA and Standard Bank – with legal action on the cards.

Johan Victor, a corporate law activist, litigator, and trial attorney, is handling the potential case on behalf of the 20 victims.

Victor said the banking clients have all fallen victim to SIM-swap fraud and alleged phishing scams.

However, in none of the cases could it be found, after inspection and analysis of the clients’ hard drives and computers, that they interacted with phishing emails.

“There must be numerous banking staff members involved, as the crooks know exactly what funds are available, which accounts are linked, and from where money can be transferred,” said Victor.

He said the criminals also know the limits set on accounts, and which internal procedures and amounts will trigger red flags.

In most cases, the money was transferred to another South African bank, and Victor said they are therefore also in the firing line.

The victims will demand detailed information from the banks, including who accessed their accounts and a log of all the changes.

They will also demand computer logs of potential red flags which were raised during the fraudulent transactions, and a full report on the actions which the banks took to investigate the transactions.

They will further demand information regarding the accounts to which their money was fraudulently transferred, and details about the people who opened these accounts and withdrew the money.

It is understood that this information will empower the victims to gain better insight into the fraud which occurred on their accounts, and equip them for the next stage of their fight against the banks.

The banks are stonewalling

Victor told MyBroadband that ABSA and Standard Bank’s responses to the demands from the victims have been evasive.

“They deny liability, and in some instances ABSA offered settlement by offering clients part payment for the loss,” said Victor.

“We also requested certain information about the prevalence and extent of the fraud from ABSA by way of a request in terms of PAIA. They rejected our request,” said Victor.

ABSA – We are not aware of any legal action

An ABSA spokesperson told MyBroadband that they are not aware of legal action instituted by a group of 20 customers, and can therefore not comment on the matter.

Standard Bank – Each claim received by the bank is assessed

Standard Bank said it does not have the details of “this group of clients”, and is therefore unable to comment on the case.

However, it said each claim it receives is assessed on its own merits, and an appropriate response is sent to each claimant.

“We continually strive to provide the most advanced online security for our customers and create awareness around phishing to help keep our customers informed about the dangers of sharing their credentials or clicking on links,” said Standard Bank.

It said that in the event of legal proceedings, the appropriate steps will be taken.