Start land reform by distributing govt land to the poor 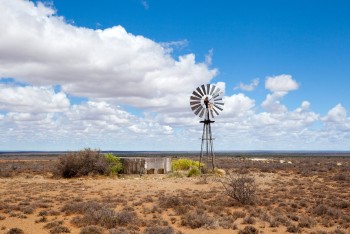 The government seems to have an abiding disinterest in real land reform, other than as a race-baiting tactic. The evidence of this is the fact that somewhere around a quarter of all land in the country belongs to municipal governments. If it was serious about land reform, why not start here and distribute some of this idle land to the poor, writes Martin van Staden.


With politicians spewing anti-property rights rhetoric, we could but wonder what exactly sets the democratic government apart from the former apartheid regime.

The central feature of apartheid was a denial of property rights to black South Africans, a tradition that the democratic government has continued. Just as it was under the Nationalists in the past, government today still controls a substantial amount of land in South Africa. For most of the historically-black areas, this remains especially true.

In 2001, the Demographic Information Group and Population of South Africa (Popsa) found that a quarter of land in South Africa was owned by municipal government. According to the Department of Land Affairs, in 2009, national and provincial governments owned about 25 million hectares of land.

By 2013, the total state-ownership of land appears to have decreased to about 14% of all land in the country. It remains unclear, however, for which departments, and what purposes, land is being held. As recently as 2007, some departments did not know that they had been allotted land as reflected in the Deeds Registry. This, I believe, can be partly attributed to the complex and confusing nature of apartheid land law inherited by the government.

But that is only part of the reason. Rhetoric aside, the State seems to have an apparent lack of interest in land reform.

The controversial Expropriation Act exemplifies how the State seeks to avoid land reform in a substantive sense. The lack of transparency about which departments own which land and for what purpose weakens the façade that the State is committed to equitable access to land. Rather than distribute property that belongs to our massive bureaucracy of a government to the people, the political class continues to engage in racial demagoguery on the issue of land.

It would cost government very little to hand its idle property over to deserving, poor, previously disadvantaged individuals and families. The best way to start this process would be by giving title deeds to those individuals already occupying state land, so-called ‘tenure upgrade’.

Property rights are a prerequisite for a prosperous society. No true investment or development takes place – ever, or anywhere – if potential investors or holders of property are uncertain about the future or security of their property. Nothing brings more uncertainty and uneasiness than a law which includes the word ‘expropriation’ in its name.

The Independent Entrepreneurship Group recommends that land forcefully taken by the apartheid regime which remains in state ownership today, should be “returned to the disenfranchised under a system of property-titling and private ownership.” Private ownership of property would be a sure way to propel the South African majority out of poverty.

Politicians assume that poor, landless South Africans want the State to ‘own’ property on their behalf, rather than them owning it individually. Almost as if the State and the citizen are in a parent-child relationship. The innate desire to own the property on which we live and the wealth-generating property with which we work, however, is a difficult thing to suppress, hence why deceptive rhetorical devices and fun slogans are employed – think ‘white monopoly capital’, ‘expropriation without compensation’, etc. And it does not matter which party we’re talking about – very few, if any, of them truly believe in secure property rights. At worst, they seek total State ownership or ‘custodianship’, and, at best, a substantial regulatory role for government.

The political class and civil society continue to approach land reform through a state-centric lens, and this is the primary obstacle to meaningful empowerment for the landless poor. Our focus should be on empowering individuals and communities, not expanding government reach and power.

* Author Martin van Staden is Legal Researcher at the Free Market Foundation and Academic Programs Director of Students For Liberty in Southern Africa.