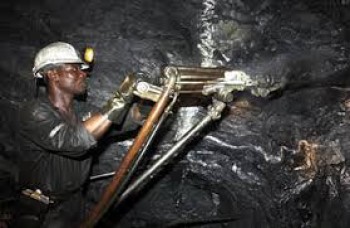 There has, quite appropriately, been much wailing and gnashing of teeth over South Africa's lamentable performance in the Fraser Institute's survey of the enabling environment for mining investment. In terms of one of the Institute's two indices – ‘policy perceptions’ – South Africa is the third worst performer on the African continent, writes David Christianson of the Institute of Race Relations.

There has, quite appropriately, been much wailing and gnashing of teeth over South Africa's lamentable performance in the Fraser Institute's survey of the enabling environment for mining investment. In terms of one of the Institute's two indices – ‘policy perceptions’ – South Africa is the third worst performer on the African continent.

What this means is that, in the eyes of the senior mining executives polled, the policies and institutions of the continent's oldest and richest mining jurisdiction are better than only two other African jurisdictions, South Sudan and Zimbabwe. Indeed South Africa performs worse on this part of the Fraser Index than the Democratic Republic of Congo.

The Fraser Institute uses two sets of data in its annual report. Its headline index measures 'investment attractiveness'. This is a combination of geological endowment together with the factor measured by its second index – ‘policy perceptions’. This second index consists of 15 sub-categories covering matters such as taxation, environmental regulations, administration and duplication of regulations, uncertainty concerning native land claims, protected areas, labour issues, infrastructure, socio-economic agreements, political stability and related matters, and is the really telling part of the publication.

South Africa does extremely poorly across these 15 indices. Only in one case – 'uncertainty concerning protected areas' – is it in the top half of the index (at position 36).

It is true that South Africa does a little better on the overall ‘investment attractiveness’ index (than in ‘policy perceptions’), coming in at 74 out of 104 jurisdictions assessed.

But the Survey is much more useful than this. Considered over time, its data since 2000 can be used to pinpoint exactly where South Africa is at fault.
There will be those who are tempted to dismiss the index as irredeemably subjective. The Vancouver-based Simon Fraser Institute produces its annual Survey of Mining Companies on the basis of questions emailed to senior mining managers around the world (2 700 of them in 2016). They are required to give opinions (perceptions), which is of course not the same as hard data.

But this is not a defect. For one thing it provides an insight into what the mining industry's senior decision-makers are thinking. In many respects, not least its sophistication, South African mining appears to be on a different planet from the industries of South Sudan and Zimbabwe. But when it comes to policy, that's not what those who determine the investment direction of mining capital think.

Indeed the Fraser Institute started the index precisely to capture this factor. In its 2002 report, it wrote: 'The effects of increasingly onerous, seemingly capricious regulations, uncertainty about land use, higher levels of taxation, and other policies that interfere with market conditions are rarely felt immediately, as they are more likely to deter companies looking for new projects than they are to shut down existing operations.'

In other words the Fraser Institute is interested in capturing the factors that will have a long-term impact on a particular jurisdiction. Mining Surveys conducted since 2000, when South Africa was first included, provide a unique insight into what is wrong with the investment climate in South Africa.

In 2002, when the Mineral and Petroleum Resources Development Act was before Parliament, South Africa was ranked 13th out of 47 jurisdictions on the Institute's 'investment attractiveness' index. In other words, that year only 28 percent of jurisdictions surveyed were more favourably regarded than South Africa's. In a curiously symmetrical reversal, in 2016 only 28 percent were worse than South Africa (30 of the 104 surveyed).

This illustrates the foundation of the problem. It is not so much the haphazard ambitions of the incumbent minister, worrying (and unclear) though these are, but the regulatory regime which allows him and a range of insider cronies to play the system for private gain. It is the Minerals and Petroleum Resources Development Act that has to be revisited. The Fraser Institute's rankings show that is where dysfunctionality originates.

The objective of the Fraser Institute's annual survey was summed up in its 2002 publication: 'Where competitive markets have been replaced by government control, the interest of the Institute lies in documenting objectively the nature of the improvement or deterioration resulting from government intervention.' It has done this in the South African case and the challenge now is to cut back on government control and to restore the industry's autonomy.

*David Christianson is a Policy Fellow at the IRR, a think tank that promotes economic and political liberty.