Individual liberty has been corroded by self-serving politicians 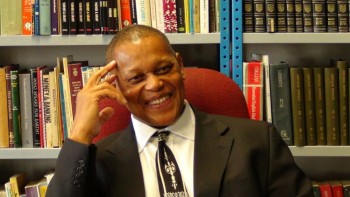 Individual liberty has been corroded by self-serving politicians, to the point where our rulers are emulating the apartheid social engineers who came before them. Medical students are required to enter the service of the state, businesses cannot chose whom they employ, and the unemployed are denied the right to enter into free association with employers at a mutually-agreed wage. This is what has become of the noble struggle for freedom that birthed this nation, writes Temba Nolutshungu of the Free Market Foundation.


“For to be free is not merely to cast off one’s chains, but to live in a way that respects and enhances the freedom of others” Nelson Mandela.

The consequences of South Africa’s self-inflicted, morally corrosive malady of not respecting the separation of powers and blatantly undermining the rule of law (as witness the fact that others are above the law) is manifesting itself dramatically. When others appear exempt from the judicial process, the message sent to career criminals is that if crimes committed by those who hold public office are condoned, there may not be anything morally deterrent or reprehensible about pursuing criminal objectives.

Those of us who subscribe to an articulated vision of a country that all would be proud of are concerned that the essence of a non-racial South Africa is being forgotten in another less noble struggle.  A struggle to utilise political power to do what the apartheid regime did. To illegitimately take property from people and to deprive them of the rights they should enjoy in a “democratic and open society in which government is based on the will of the people and every citizen is equally protected by law” as promised by our constitution.

Many of us subscribe to the vision so eloquently described by Martin Luther King Jr. when he said, “I have a dream that my four little children will one day live in a nation where they will not be judged by the colour of their skin, but by the content of their character.” We also took note of his warning: “But there is something that I must say to my people...In the process of gaining our rightful place, we must not be guilty of wrongful deeds. Let us not seek to satisfy our thirst for freedom by drinking from the cup of bitterness and hatred.”

The word “freedom” has unfortunately been interpreted in various ways. In the sense in which most of us understand the word, it means individual liberty. However, to others it means freedom from want, imposing obligations on others to supply whatever is needed. A free society can only exist if we interpret “freedom” to mean individual liberty.

Liberty requires the observance of a single moral imperative, which is intrinsic in human nature, that in pursuit of our ends, our endeavours should not involve force or fraud. All human interaction in a free society should be governed by this principle as underscored by F A Hayek, the late Austrian economist, "It is only because we are free in the choice of our means that we are also free in the choice of our ends".

What evidence is there that South Africa is going astray?

We find young medical graduates being commandeered to work in places that are not of their choosing, while other graduates are not. These people are being deprived of legitimate choices to achieve their ends.

Firms are instructed as to whom they may employ, who their business partners should be, at what prices they may sell their products, and, increasingly, their choices are being limited. We have mass unemployment because the unemployed have been deprived of freedom of contract; they are not entitled to enter into any agreement they wish with employers – it is forbidden.

What kind of society are we creating for future generations? Do we not want a warm, generous, affluent and peaceful nation? If we do, we must choose liberty as the most important human right. In this mission, we must subject to rigorous scrutiny all erroneous assumptions about human rights.

By lowering the barriers to all economic activities and enacting policies that will make South Africa globally competitive in terms of being an attractive destination for investors, the effect would be that of a rising tide that floats ALL ships. The overall impact would be economic growth that would result in the upliftment from poverty of the greatest number of people in the shortest time possible.

Finally, the rule of law, as opposed to the rule of man, means equality before law and contracts being legally enforceable. It also means a fiercely independent judiciary, the precondition of which is a clear separation of executive, legislative and judicial powers.

I know that I have incurred the wrath of some, so be it. My comfort is in the words of an earlier Martin Luther who, in defiance of prevailing religious dogma during his era, uttered the words, “Here I stand, I cannot do otherwise”.

Temba A. Nolutshungu is a director of the Free Market Foundation.