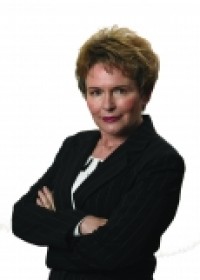 “Speaking truth to power” is how many journalists describe their role in society. It’s a bold claim and serves a clear purpose: to occupy the moral high ground, especially in relation to politicians who are often depicted as bottom-feeders in the algae of political pond-slime. Former leader of the Democratic Alliance Helen Zille, writing in Daily Maverick, examines the state of the news business in SA.


Of course, no one can claim unique access to the “truth”. But good journalists get closer than most others, because they expend a lot of effort trying to do so, including questioning their own assumptions. They understand how nuanced the distinction is between a partial truth and the whole truth, and how a smidgen of truth can be used to obscure a lie. It takes years of experience to hone the skills required to make these distinctions. And journalists often depend on whistle-blowers, who take great risks to provide the evidence they need. That is why a journalist will usually defend a source’s right to anonymity, even at the cost of a jail sentence.

Just like “truth”, however, no one has a monopoly on vested interests. One of the perils of journalism is the risk of being used by people driving an agenda, with the aim of distorting or hiding the truth. And sometimes, a journalist is even a willing partner in the deception.

The risks have become far greater in the era of social media, when anyone can report on anything, often anonymously, without accountability. Accuracy is the first casualty. A new phrase has emerged to define this phenomenon: fake news. Reliable, researched journalism is increasingly being drowned out by a range of instant and dubious news sources, with many quality publications in a battle for survival.

Thorough investigative journalism requires time and money, which few media outlets have. This is a possible (and charitable) explanation for the many partial truths and downright untruths that have been published as “scoops” in recent years -- only to be exposed as fake or seriously distorted some time later. Think of the SARS Rogue Unit “scandal”, and the Johan Booysen “Death Squad” furore, among others.

When a prominent story is subsequently exposed as fake news, the matter slips off the front pages (sometimes accompanied by an apology), and the news cycle moves on. On some occasions, as with the above two stories, other publications get beyond the fake news, to reveal the truth. Sadly, in the public mind, the fake news sensation continues to stick.

The disclosure of a fake story should ideally initiate a search for the real story, triggering a range of questions: Who leaked fake news? Whose purpose did it serve? What was the chain of command behind it? Who were they trying to destroy and why? And what is the REAL story they were trying to deflect attention from?

In the above cases, the trail led to the inner circle of the President, exposing the motives behind the attempt to strip SARS of its capacity to nail high-profile tax dodgers, as well as neutralise the policeman who was doggedly investigating allegations of corruption in Zuma’s inner circle.

But the fact that journalists so often stop short of investigating the real story behind fake news is probably rooted in the need to protect sources, a central pillar of a journalist’s honour code. The question arises: should this protection apply equally to both genuine whistle-blowers and fake news peddlers alike? If the pursuit of truth is the purpose of protecting a source, the answer, clearly, should be No. Facilitating the anonymity of fake news agents merely helps to hide or manipulate the truth, not advance it. And it therefore undermines the public interest.

It was in this context that I was struck by an otherwise inconspicuous story placed on an inside page of the weekly Afrikaans newspaper Rapport on February 19. For the first time that I can recall, the fake-news leaker became the focus of the story, not the lie he had tried to peddle. The paper outed the source for revealing inauthentic “confidential documents” that omitted key paragraphs, thereby substantially altering their meaning.

This only happened because a journalist was professional enough not to take a source, who wanted to remain anonymous, at face value. The journalist managed to compare the truncated document with the real one, and discovered the discrepancy. He immediately concluded that the real story was the attempted manipulation of the news (and the reason behind it).

This was an important moment in South African journalism. If it generates the debate it deserves, it could even be a watershed. I contacted the journalist, Jan de Lange, to asked why he had exposed his source.

He answered: “A source that willingly misleads the media foregos the right to have his/her identity protected.”

Any journalist who believes in speaking truth to power knows there is no honour (and no public interest) in protecting a liar and misleading the public.

There are other ways fake news peddlers can be unmasked – such as when they fall out among themselves and end up suing each other in court. This is what happened in the case of the ANC’s war room where R50-million was allegedly budgeted to generate fake news against the ANC’s opponents by:
Their “paid Twitter” vanguard scoured the timelines of ANC opponents and looked for any opportunity to manufacture outrage over any issue or comment that could be twisted and deliberately misinterpreted. If they created sufficient outrage the issue would inevitably be picked up by radio and print media, and they could then keep the controversy going for up to a few weeks.

I soon got wind of this strategy, although the media and others fell for it every time. Today I am amazed how much more polite and civil my own Twitter timeline has become since these dubious methods were exposed.

South Africa is ready for a rethink on how we secure the accuracy of our news channels. If a journalist’s role is speaking truth to power (and the public) it is time for a public debate on what really advances this goal.

Redefining the circumstances in which a source can claim the right to anonymity would be a good start.